Reviews For The Uneasily Quarantined:
Cherry 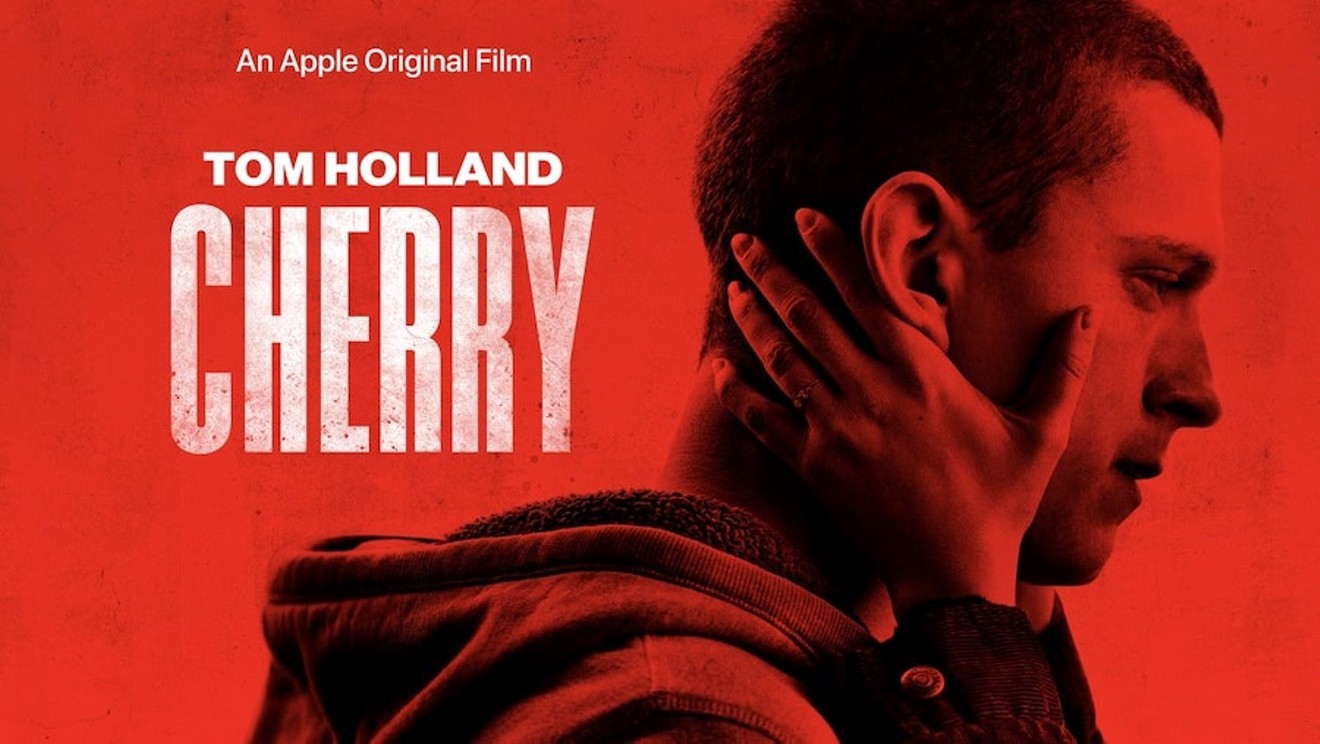 Describe This Movie Using One Sid and Nancy Quote:

Rating Using Random Objects Relevant To The Film: 1.5 Private Jokers out of 5.

Not So Brief Plat Synopsis: Our unnamed protagonist (Tom Holland) experiences all the highs and lows you'd expect after deciding to enlist in the Army because your girlfriend Emily (Ciara Bravo) told you she was moving to Canada (then didn't). Now you suffer from PTSD as a result of your experiences as a combat medic, get hooked on heroin, and ultimately turn to robbing banks to support your habit. Somehow "Life is a Highway" just doesn't cover it.


"Critical" Analysis: Someone once referred to playing a junkie as being a kind of career aspiration for actors. Something about the spectrum of emotion one runs through, and the requirement to summon your own inner darkness in order to fully convey the experience.

Or maybe that was from Barry. What's reality, anyway?

The point is, some actors are probably better suited to such roles than Tom Holland, who — while seemingly game for anything — can't pull off what's required of him in Cherry, based on Nico Walker's 2018 bestseller and brought to Frankensteinian life by Avengers: Endgame directors Joe and Anthony Russo.

Going from the highest-grossing movie of all time to a personal memoir of addiction represents a significant paradigm shift, as connoisseurs of corporate gobbledygook might say. The problem is, the Russos never bother to nail down a consistent approach to their direction.

The result is a "throw everything at the wall" approach in which nothing sticks. This includes (to name a few): Altman-style overlapping dialogue, Lynchian gauzy slo-mo, Kubrickian boot camp (augmented by Coppola's military absurdity), Aronofsky-esque hallucination sequences, and Boylesian addiction voiceovers. Unsurprisingly, Cherry is a discombobulated mess.

The basic training and subsequent wartime scenes work best, possibly because the Russos are more familiar with them. And for a while they help you forget just how clichéd the story is. In retrospect, a charitable interpretation could be that this Lucky Charms directorial method was designed to distract us from another tiresome addiction redemption arc.

But Cherry's length also works against it. It's hard not to feel some level of despair when "Part 5" shows up onscreen and you've still got an hour to go. This is especially true when each individual section feels at least ten minutes too long.

That goes doubly for Ciara Bravo, though perhaps the fact she looks all of 14 years old certainly doesn't help.

On one hand, you want to give the Russos credit for changing lanes when the easiest thing to do would've been buying a couple superyachts and sailing into the sunset. On the other, settle on an aesthetic next time, guys.

Cherry is in select theaters and streaming on Apple TV+ today.
KEEP THE HOUSTON PRESS FREE... Since we started the Houston Press, it has been defined as the free, independent voice of Houston, and we'd like to keep it that way. With local media under siege, it's more important than ever for us to rally support behind funding our local journalism. You can help by participating in our "I Support" program, allowing us to keep offering readers access to our incisive coverage of local news, food and culture with no paywalls.
Make a one-time donation today for as little as $1.