The Stopwatch Keeps Ticking For 60 Minutes 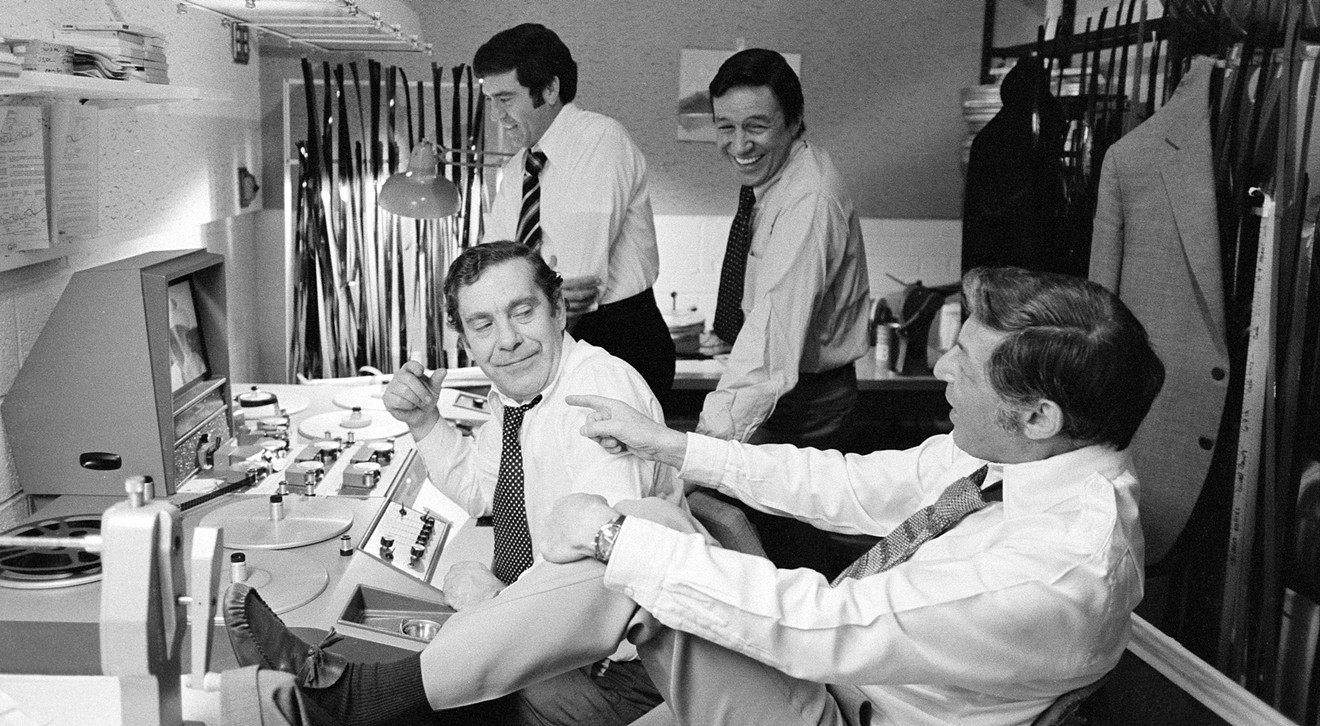 On its very initial broadcast on September 24, 1968, co-host Harry Reasoner introduced this new program called 60 Minutes as “a kind of magazine for television.” It was the brainchild of producer Don Hewitt, who had actually been fired from the same position on The CBS Evening News with Walter Cronkite.

And since TV’s longest-running program is about to turn a half-century, this comprehensive book charts 60 Minutes' high successes, abject failures, colorful cast of correspondents, showing just how influential and copied this bold experiment has been over the decades. Even if its initial TV ratings placed 75th out of 81 programs, and there were plenty of and time shifts for the broadcast before it became a Sunday Night Ritual.

As Fager is the show’s current Executive Producer – who professes his love for the program at every turn – there is a question of objectivity. But to his credit, just as he crows about the show’s successes, he does not gloss over its occasional failures which resulted in on-air apologies and . Or, in the case of the story about George W. Bush and his National Guard service based on fake documents (“Rathergate,” named for reporter Dan Rather), making its own national news and leading to staff firings.

A half-century of legendary TV news personalities, in and out of the newsroom.
Book cover by Simon & Schuster
He also details the personalities, in and out of the newsroom, of correspondents like Mike Wallace, Ed Bradley, Bob Simon, Morley Safer, Lesley Stahl, the curmudgeonly Andy Rooney, and others who have sat in front of that ticking-clock graphic. Sometimes, the correspondents have also become part of news themselves, like when Rooney was suspended for commentary, or Lara Logan sexually assaulted by a mob of Egyptian men while reporting on the country's upheaval.

It’s the troublemaking and confrontational Wallace – known for years for “ambush” interviews – who comes off as the most colorful and exacerbating. And though the program discontinued that practice years ago, plenty of people lived in fear of Mike Wallace jumping out from behind a bush or through a doorway firing off questions.

Like the show itself, the book certainly swings the gamut from stories from heavy social and political topics (Abu Ghraib, Pinto explosions, Chernobyl, Big Tobacco) to contemporary culture (prison life, drug trafficking, Jack Kevorkian), to celebrity profiles (Luciano Pavarotti, Clint Eastwood, Barbra Streisand) and a whole lotta politicians. Not surprisingly, Fager also spotlights the role of a segment’s producer – which is of no small importance – in shaping and bringing each story to life.

There’s special mention of the show’s segments based on crimes and con men, and mention is made of Steve Kroft’s 1990 piece on Bill Whitlow, the Houston car dealer busted for “mile busting,” or rolling back the odometers on used vehicles. “A crook doesn’t believe he’s made it as a crook until he has been on 60 Minutes,” noted Morely Safer, perhaps the show’s greatest wordsmith, noted.

There is something of an encyclopedia-like approach to the writing; you may find yourself glossing over the scores of report summaries on topics that may not interest you. But as a historical book on a journalistic giant, this book neatly encapsulates 50 years of aggressive and eye-opening (and not just the CBS Eye) television journalism.