Running the Banking Trainee Gauntlet in Industry From HBO 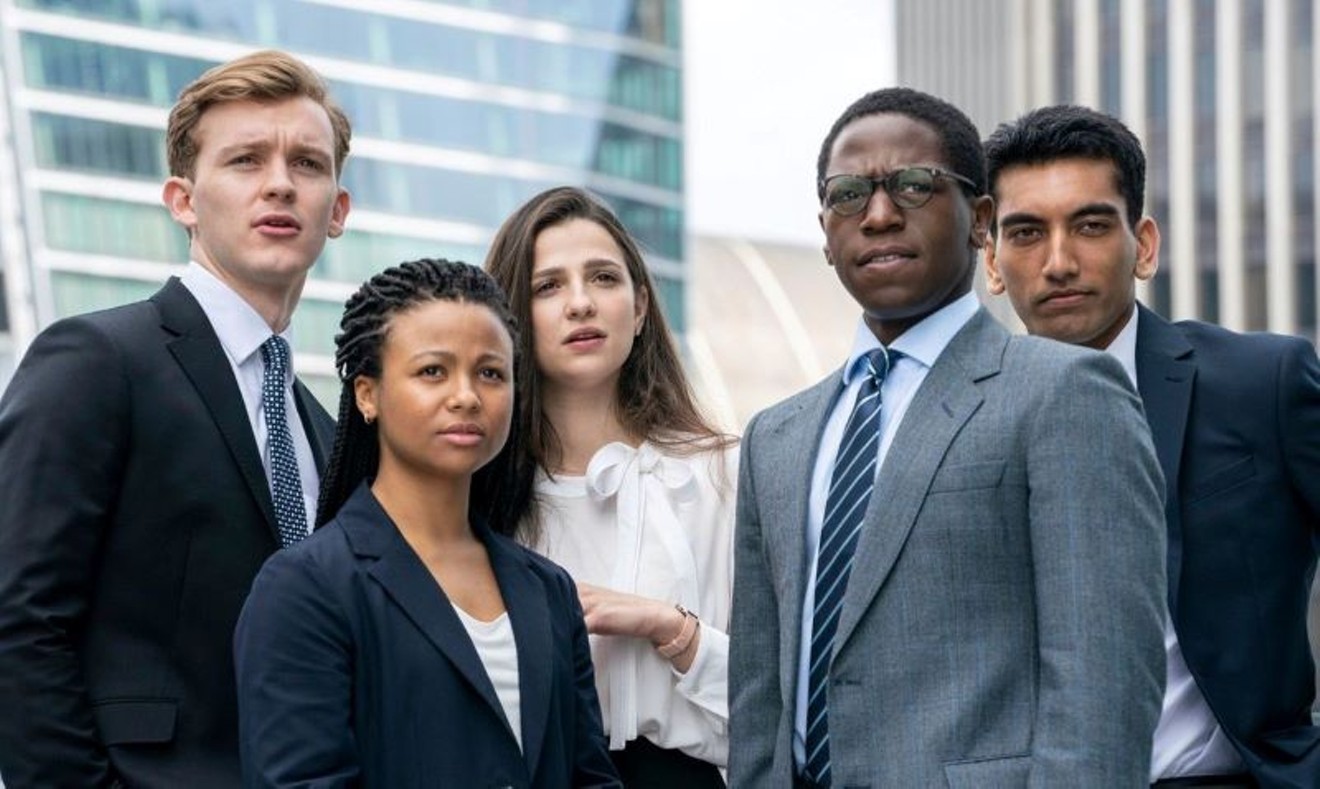 In Industry, trainee bankers struggle to prove their worth to the industry. Screenshot
Industry follows a group of top graduates who are trying to establish themselves at Pierpoint, a banking firm in London. They all have their foot on the first rung of the corporate ladder ready to impress their superiors and hopefully leave a mark impactful enough to become a permanent hire. They have earned their dream job in a lucrative field that is notoriously demanding. In a few months, the graduates will either earn one of the limited permanent positions or be told essentially they weren’t good enough for Pierpoint.

Created by Mickey Down and Konrad Kay, both former bankers and self-identified failures in the field, Industry is a look at the toxic culture of a financial giant through graduates struggling to survive a gauntlet of a trial run while trying not to buckle under the pressures it entails. In popular culture, these institutions are presented as male-dominated cutthroat spaces in which only the strong survive and excess is everything. Industry provides a more grounded perspective, allowing the experiences of its characters as newly appointed prospects to make its points about a toxic culture.

The series throws the audience headfirst into the world of high finance. The rows of the Pierpoint sales floor are chaotic and loud. Every desk has multiple monitors and phones and graphs showing data flanked by even more monitors and more graphs. Financial jargon is used liberally and not explained or dumbed down for the audience to understand. Most viewers won’t know what “Half a yard, done, four cents” means, but that doesn’t matter because the show makes us well aware of its stakes through some serious tension and great performances.

The prospects include Yasmin Kara-Hanani (played by Marisa Abela) who has to navigate Peirpoint as a beautiful young woman who comes from rich parents. She wants to be taken seriously and find her voice - and earn her place while also having to deal with her often abusive male superiors.

Gus Sackey (played by David Jonsson) is an extremely talented and hubristic graduate of a prestigious university. He becomes increasingly tokenized as a black man by Pierpoint due to events early in the series. He struggles to balance his love life as a gay man in an ultra-masculine environment and his professional life.

Robert Spearing (played by Harry Lawtey) doesn’t come from a rich family or have the pedigree of his friend Gus. He’s a party boy who seemingly stumbled into a dream opportunity and doesn’t even realize how lucky he is. As the culture at Pierpoint continues to unravel he becomes the sort of poster child for how things used to be done like partying with clients and a male-centric work environment.

Hari Dhar (played by Habhaan Rizwan) is a workaholic trying to stay ahead of people like Gus, who have good connections and latent ability. He continually stays up all night feeling the pressure of his peers and superiors to succeed driving him to put his health at risk.

Harper Stern (played by Myha'la Herrold) is the only American among the Pierpoint graduates. She is very much the connective tissue among all the graduates and has the biggest and most emotional arc among them. She impresses her boss Eric Tao who is played by Ken Leung (Rush Hour, Lost) in her interview and gets moved into the London firm. Eric sees potential in Harper and takes a special interest in her development. They are both from similar circumstances, both from poor backgrounds, both American, both outsiders. Eric pushes Harper into becoming the true standout of the Pierpoint prospects but his obsessiveness and erratic behavior become a problem for both Harper and Pierpoint.

Their relationship is one of the high points of the show. The interest Eric has in Harper and the advice he gives in the early episodes seem very genuine. Eric gives her more responsibility than graduates are usually given and often comes into conflict with another superior Daria Greenbook (played by Freya Mavor) who wants to usher in a change of culture at Pierpoint.

In a high-stress work environment in which every decision you make can either improve or break your burgeoning career, it would make sense people would need to cope and blow off some steam — and the graduates definitely do that. Countless hookups, drinks, and drug use bleed into their work lives. The excessiveness of their social lives mirrors the high-risk high reward environment of Pierpoint.

The series takes aim at these ultra-capitalistic institutions and their environment and what it means to be a part of their culture — one with a history of toxicity. Early on when looking for a new apartment Harper is asked by a prospective roommate if it is really morally justifiable to do something in the sole pursuit of money. To Harper, it is, because she has never had any and will do whatever it takes to make it no matter how morally bankrupt the business can be.

Overall Industry is another successful cooperation between HBO and its British counterparts. The series is full of great performances by newcomers led by Myha'la Herrold who is fantastic as Harper and many established actors like Ken Leung and Freya Mavor (Skins).

It’s a critique on excess and these all-powerful institutions akin to something like Succession. But Industry differentiates itself by being more personal and relatable. Most people can't relate to being rich and powerful, but most people do dream about it. The characters in the industry are actively pursuing it while trying not to lose their souls along the way.

The first season of Industry is available on HBO and HBO Max.
KEEP THE HOUSTON PRESS FREE... Since we started the Houston Press, it has been defined as the free, independent voice of Houston, and we'd like to keep it that way. With local media under siege, it's more important than ever for us to rally support behind funding our local journalism. You can help by participating in our "I Support" program, allowing us to keep offering readers access to our incisive coverage of local news, food and culture with no paywalls.
Make a one-time donation today for as little as $1.