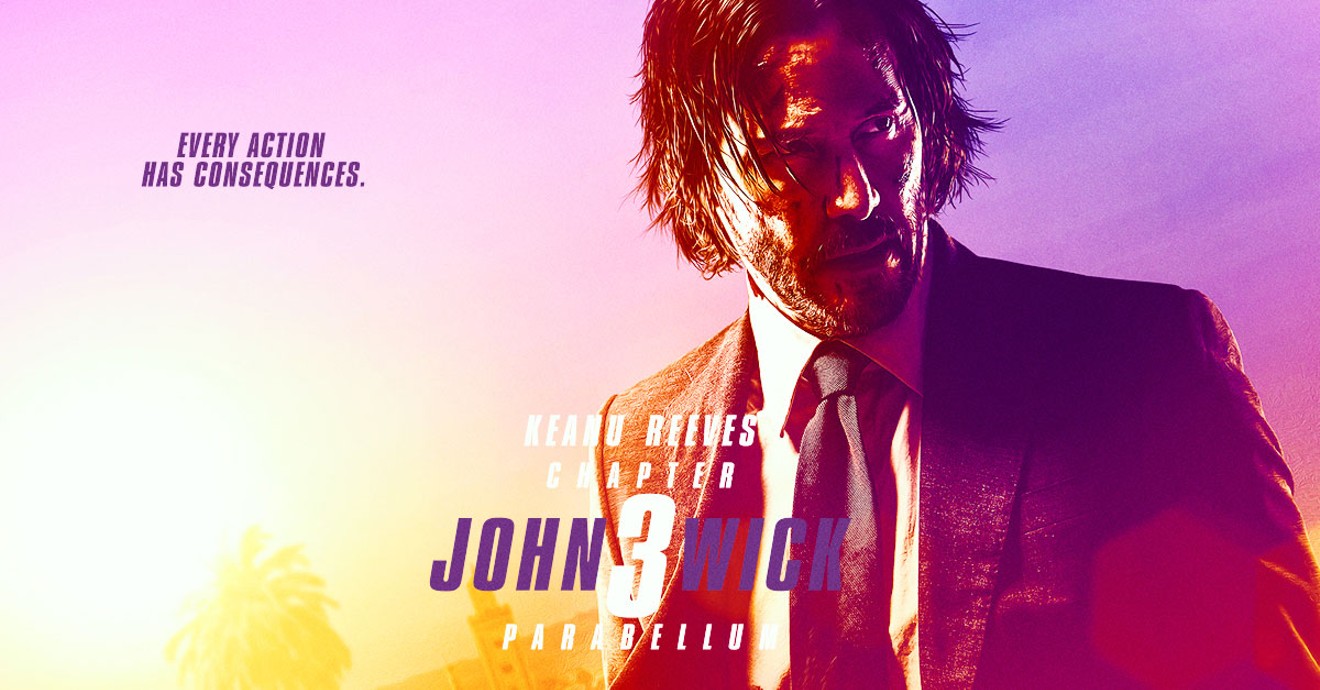 Describe This Movie In A Blatant Ripoff Of Joe Bob Briggs's Review Style:

Rating Using Random Objects Relevant To The Film: 4 tasty fish out of 5.

Not So Brief Plot Synopsis: John Wick (Keanu Reeves) has been declared excommunicado by the High Table, forcing the former Baba Yaga to run for his life from a city (and world, as it turns out) eager to claim the $14 million bounty on his head. There's also bad news for Winston (Ian McShane), purveyor of assassin hotel the Continental, and the Bowery King (Laurence Fishburne), as the High Table has sent an Adjudicator (Asia Kate Dillon) to investigate their culpability in Wick's escape. Wick, meanwhile, is forced to call in his last remaining favors to try and stave off the inevitable.


"Critical" Analysis: The first John Wick introduced our now-familiar former master assassin and the shadowy organization to which he once belonged. The sequel expanded this mythology and ended by cutting Wick loose from his support structure. John Wick: Chapter 3 - Parabellum features not just the clunkiest title of the series, but also introduces even more backstory and spreads the adventure further overseas. Pretty ambitious for what's allegedly the "final" chapter.

All the elements you've come to love from the Wick series are here: the neon noir aesthetic (courtesy of Shape of Water and JW2 cinematographer Dan Laustsen), a telephone exchange reminiscent of the switchboard scene in Royal Wedding (if they remade that movie with an all-Suicide Girls cast), gunfight choreography that improbably continues to up the ante from previous entries, and a lasting attachment to our canine friends..

[Fair warning: this is the second time a JW entry will be released at roughly the same time as one of those Dog's Purpose/Journey movies, and while you might think the dog lover's choice between the two would be clear, there is a grand total of one dog death in the first two John Wicks. A Dog's Purpose alone had five.]

Of course, no franchise can thrive without injecting some new blood to replace all that ends up spattered on walls, and Parabellum gives us some fine additions: Anjelica Huston is adequately regal as the Director, a High Table member who played a formative role in a young Wick's life; Mark Dacascos' Zero seems inspired by Kill Bill's Hattori Hanzo, until he isn't; finally, Sofia (Halle Berry) runs the Moroccan Continental and owes John a marker of her own. She also proves more than capable of dealing death alongside him.

Whereas Chapter 2 seemed to present a world populated almost entirely by assassins, the latest entry posits something far worse: a metropolis in which Kitty Genovese is the norm instead of the exception. Not only is this (hopefully) parallel universe one in which police apparently don't exist, but murders committed in plain sight and corpses left to cool on the ground are completely ignored, even in Grand Central Station. We knew New Yorkers were jaded, but jeez.

Director Chad Stahelski and screenwriter Derek Kolstad continue to build their shadowy alternate reality incrementally, but sometimes feel like they're biting off more than they can chew in Parabellum. The rules of the High Table are presented as inviolable, except when just about everyone involved decides to ignore them. The results are predictable, so the ending is unsurprising except to anyone anticipating something neatly wrapped up.

And this may eventually be an issue. Keanu Reeves is 54, which isn't a dealbreaker when it comes to action stars (Harrison Ford was 66 when he made that Indiana Jones movie we don't talk about). The Point Break star still comports himself well with a boomstick, but there's a lot more kung fu fighting this time around, and Reeves is ... less convincing in those scenes.

It's a minor complaint, because while Parabellum (Latin for "prepare for war") may not be quite as excellent as the previous entries, it's still damn good. The violence only slows down enough to allow you to appreciate how deranged this enterprise is, and the quality across three films has remained remarkably consistent, making the John Wick series one of the most durably entertaining action franchises of all time.
KEEP THE HOUSTON PRESS FREE... Since we started the Houston Press, it has been defined as the free, independent voice of Houston, and we'd like to keep it that way. With local media under siege, it's more important than ever for us to rally support behind funding our local journalism. You can help by participating in our "I Support" program, allowing us to keep offering readers access to our incisive coverage of local news, food and culture with no paywalls.
Make a one-time donation today for as little as $1.