Watch the Hoop Dreams in Last Chance U: Basketball on Netflix 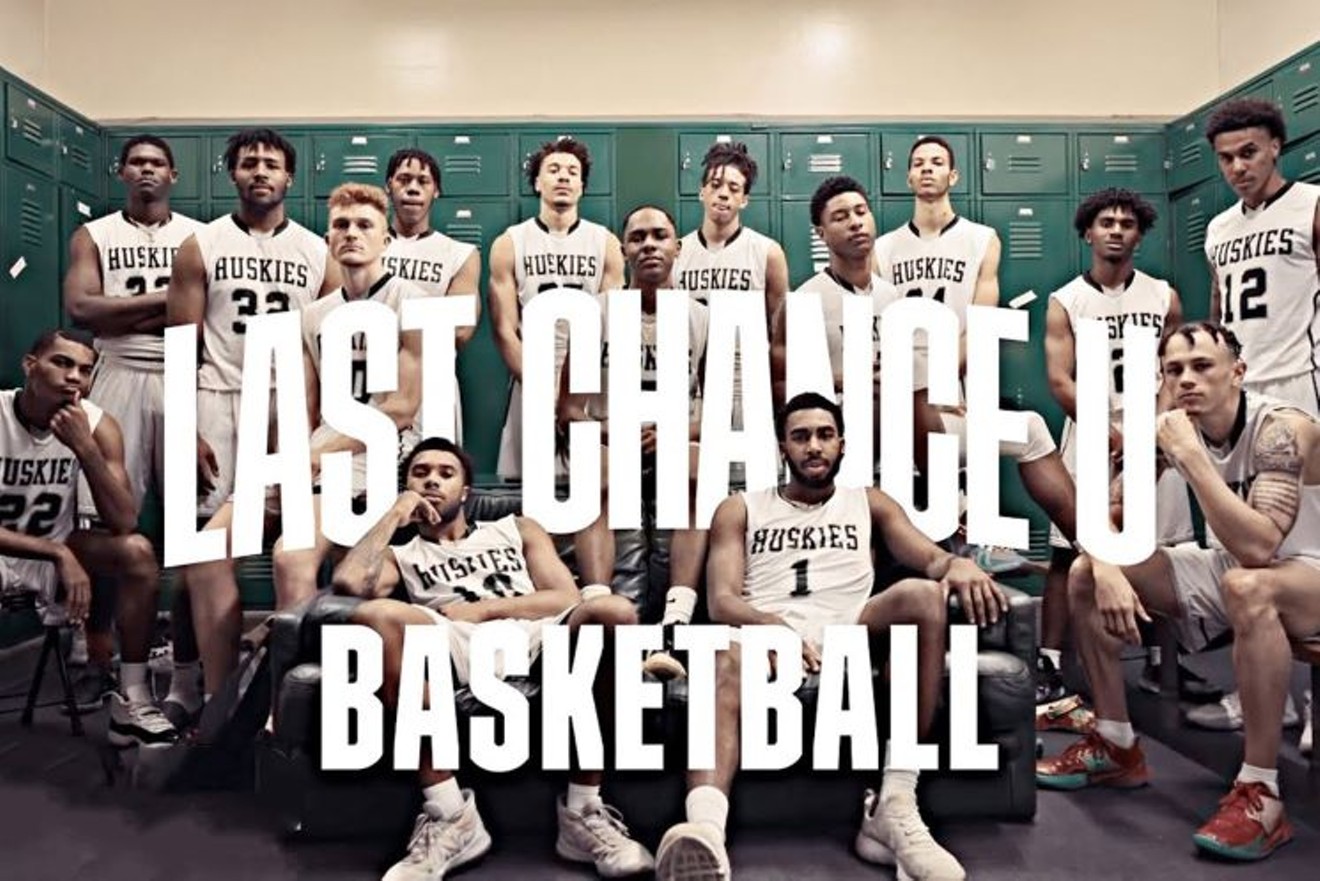 Looking for a way out and up. Screenshot

The sports documentary series and Neflix staple, Last Chance U has followed the world of junior college football for five sessions, carving out a big audience around the teams, players, and coaches the series covers.

Shifting gears, it now focuses on basketball with the East Los Angeles College Huskies on their journey to win the California state title and make it out of the junior college ranks with Division 1 scholarships. There are real hoop dreams out there other than going to Duke or any other major program, and Last Chance U: Basketball shines a bright light on the kids chasing them.

Basketball, as described in the first episode, is more personal than football. You can hear everything on the court and see everyone’s facial expressions at all times. In the rough and tumble Juco environment, your attitude can make or break you. If you don’t play with a chip on your shoulder or with a sense of urgency you probably aren’t going to make it.

East LA is a powerhouse program led by intense Coach John Mosley, who comes from Los Angeles and has been through his share of adversity. His mission, and at times his obsession, is getting the very best out of his players and in the process, opening up more opportunities for them. He runs the most demanding Junior College program he can with players from different backgrounds who all want that chance to play at the next level.

Mosley was on the path to coaching a major program but the time and travel required meant he was missing so much at home that he questioned if it was worth it. He took the East LA job to be there for his family and follow through on what he believes is his true purpose, bettering his players’ lives. Mosley’s program has sent several players to Division 1 schools, but the California state title has eluded him. Now he has the best team he’s ever had, but keeping them together and managing his player’s problems and personalities is a tall task.

The team members include some talented, memorable and complicated young men whose stories are compelling and captivating. There’s a lot at stake here.

Deshaun Highler is the team captain and shooting guard. He lost his father when he was young, and his mother died a year before the series starts. He has an edge to him that makes him a natural leader, but the grief and weight that he carries are palpable, and it can make or break his dreams of playing at the next level.

Joe Hampton was a five-star recruit coming out of high school, almost destined to play in the NBA. We see highlights of him draining shots in the McDonald’s All American game against NBA All-Star Ben Simmons.

But Hampton suffered multiple knee injuries spiraling him into depression and trouble with the law, eventually getting kicked off the Penn State basketball team. East LA is his last chance to make it. As the series goes on, the team’s success rides on these two large personalities and whether they can deal with the pressure and emotions of the most crucial basketball season of their lives.

Other standouts include Malik Muhammed, a tall, athletic force who could dominate games if he could just find the drive necessary to be a great player. There’s KJ Allen, a kind of soft-spoken, super talented, and athletic forward who would probably be at a top school if his grades in high school were better. The players on the peripherals of the spotlight all get their moment in the spotlight as well, making for some significant and funny moments.

The man who holds everything together is Coach Mosley. Passion personified, he is a man of faith, someone who sees his coaching as an extension of his ministry. Getting these young African American men out to better pastures is his main drive, and he refuses to let his players fail. His enthusiasm and intensity wears on his players through the season, almost as much as the work they have to put in on the court day in and day out. The relationships he and his staff build with their players make for an emotional journey filled with triumphs and disappointments that sports seem to create, and basketball seems to magnify.

The filmmaking and music are top-notch. The soundtrack includes plenty of Los Angeles flavor, including a big helping of Kendrick Lamar. The needle drops are so effective and create some truly memorable and emotional scenes. The camera work and cinematic nature of basketball keep the tension high, and the dramatic ebbs and flow of the game are on full display.

Overall, Last Chance U: Basketball is appointment viewing for basketball fans, and it’s equally accessible for non-sports fans. It’s a look into another world, following young men fighting for a chance for a better life through basketball.

Last Chance U: Basketball streams on Netflix.
KEEP THE HOUSTON PRESS FREE... Since we started the Houston Press, it has been defined as the free, independent voice of Houston, and we'd like to keep it that way. With local media under siege, it's more important than ever for us to rally support behind funding our local journalism. You can help by participating in our "I Support" program, allowing us to keep offering readers access to our incisive coverage of local news, food and culture with no paywalls.
Make a one-time donation today for as little as $1.