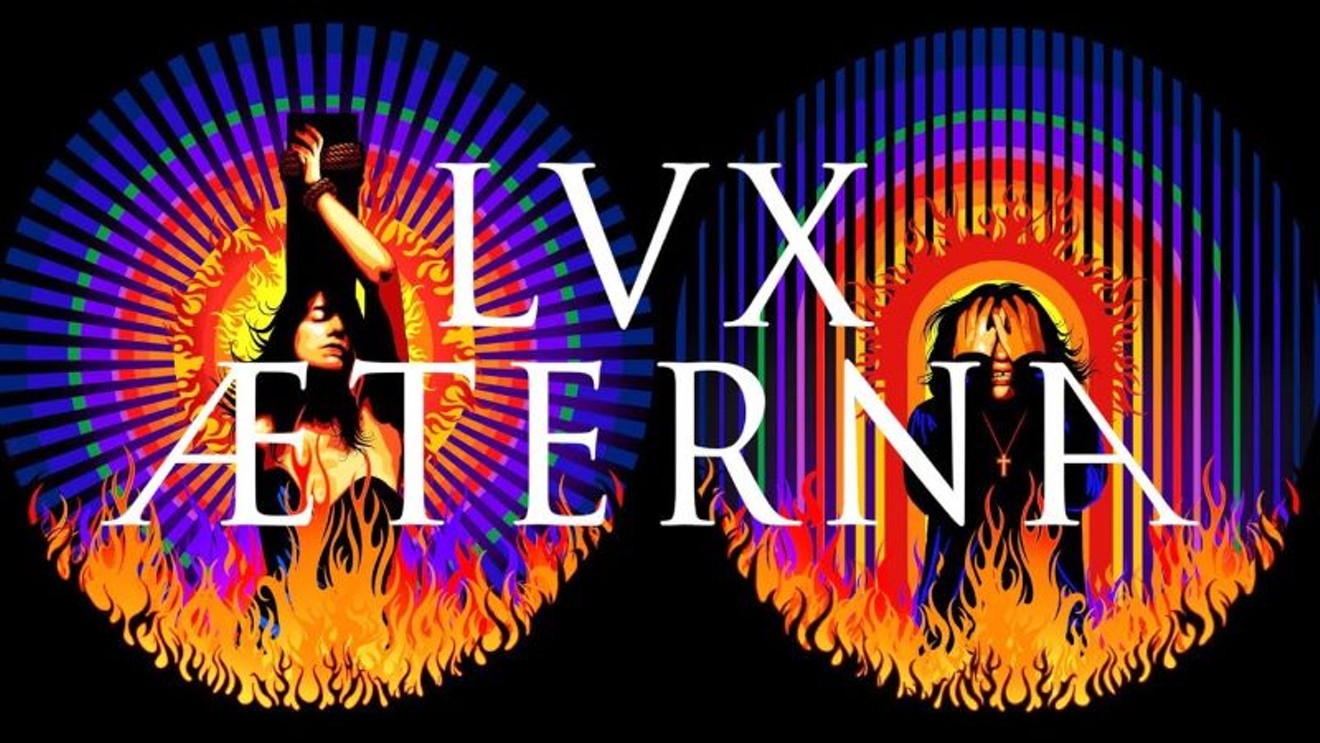 Describe This Movie In One Terminator Quote:

Rating Using Random Objects Relevant To The Film: 1.5 zooted Mr. Burns out of 5

Not So Brief Plot Synopsis: Béatrice and Charlotte (Béatrice Dalle and Charlotte Gainsbourgh, playing versions of themselves) are preparing to shoot a key scene in Dalle's movie about witches, but obstacles present themselves throughout the production, threatening to sink the whole thing.
"Critical" Analysis: "From Gaspar Noé" does a lot to establish anchoring bias as you consider watching Lux Æterna. Anchoring bias, if you recall, is the habit of leaning too heavily on the very first piece of information you learn about a given topic. If you've ever seen Irreversible, or Love, or Enter the Void, you might think you have a good idea what to expect.

And as is often the case with bias, it's not entirely accurate. Lux Æterna is Noé at arguably his least antagonistic (until the final ten minutes, anyway), but that might be because it's so abrupt. Lux Æterna was originally pitched as a YSL commercial, with the company approaching Noé for a "short" film. This is what he delivered.

Not knowing from fashion, it was hard for me to figure out what was being advertised (the cast of God's Craft. the film within the film, does change dresses a couple times), or how exactly this is intended to sell something. Maybe it's one of those "Emperor's New Clothes" things and Noé pulled a fast one. Those wily French.

As with most of the director's work, there's more going on underneath. The movie begins with Béatrice and Charlotte discussing past work and relationships as they prepare to film a scene of the latter getting burned at the stake. But the stories the pair tell are ... disturbing: Béatrice was once forced to climb rocks naked in front of an all-male crew, while an actor once ejaculated on Charlotte's leg ("accidentally"). They laugh these off, but the scene sets the tone for what's to come.

Sadly, what comes next are variations of that same theme. Béatrice is blocked at every turn, both by her producer and the DP he threatens to replace her with. Charlotte receives a call from her daughter implying that she may have been abused at school, yet still goes on to shoot her scene, only to be verbally abused by the DP and eventually left tied to the stake as the set descends into chaos.

As Gaspar Noé movies go, Lux Æterna is surprisingly tame. The split screen/overlapping dialogue can be distracting, and the strobing effects/score during the last ten minutes are nauseating (and potentially damaging), but in this case, it allows the underlying message to come through more clearly.

But "transgressive" doesn't always translate to "interesting." For those thinking Noé may have turned a corner with 2018's Climax, Lux Æterna represents an unfortunate step back.

Lux Æterna is in select theaters today.
KEEP THE HOUSTON PRESS FREE... Since we started the Houston Press, it has been defined as the free, independent voice of Houston, and we'd like to keep it that way. With local media under siege, it's more important than ever for us to rally support behind funding our local journalism. You can help by participating in our "I Support" program, allowing us to keep offering readers access to our incisive coverage of local news, food and culture with no paywalls.
Make a one-time donation today for as little as $1.