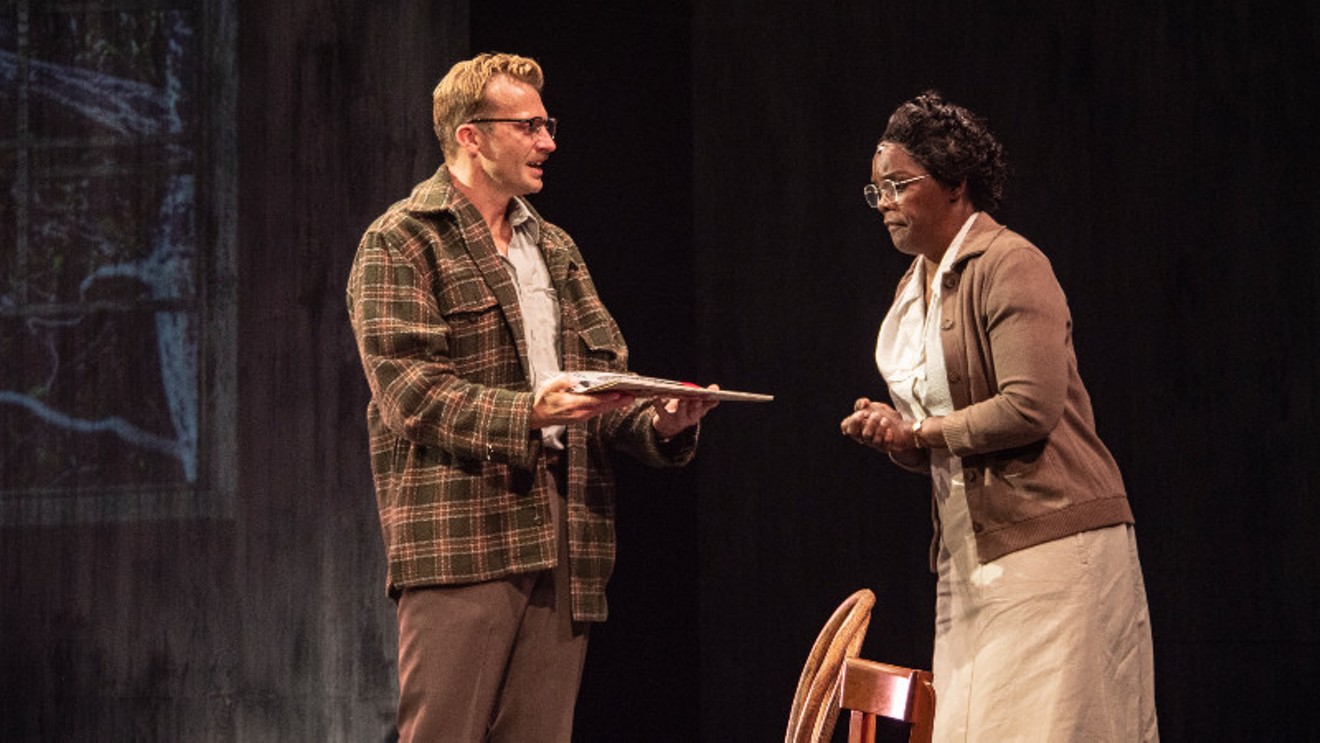 There's no proper way to describe the life and work of Maude E. Callen as anything less than saintly.

A deeply religious woman, she relied on her faith and “her gracious God” for her lifetime of unflagging medical efforts on behalf of the poorest people in America – Berkeley County, South Carolina. Over decades, she was their midwife, doctor, healthcare provider, dietitian, psychologist, and always, friend and neighbor. It was her calling. While husband William and son Sinclair lived in Charleston, she stayed in the low country in a ramshackle cabin that housed her makeshift “clinic.”

She was stern and brooked no nonsense from anyone, cottoned no back talk, wouldn't tolerate swearing of any kind, and forbade liquor in her presence. She always wore her starched white nurse's apron when visiting patients, even after tramping through swamps to get help to them when her car couldn't proceed any further, and always carried her large black doctor's bag. She adamantly refused to call it that, though; she was a nurse, and everybody must call her one.

When talking about her famous chicken pie, she once said, “If I were a bird, I'd be too tough to eat.” In her life of midwifery and medical care, birthing at least 600 babies during her selfless career, she brought life to the lowest of the low and valued them all. She would treat anyone in the county, but most of her clients were Black and very poor if not destitute.

The roads were mud lanes after the rain, there was no electricity, only oil lamps; people subsisted below the poverty level; the schools were nonexistent or lacked books; and she was often paid in kind: a sack of potatoes, a ham shank, a few chickens. But her innate dignity, overwhelming goodness, and strict moral code brought a sense of grace to her patients. If possible, she made their life better. She enriched them.

Her incredible story opened America's conscience when famed Life photographer W. Eugene Smith spent weeks with her, documenting her struggles in a part of the world nobody had ever seen before, or paid any attention to it. When the 12-page “Nurse Midwife” was published as a photo essay in Life Magazine on December 3, 1951, it was a startling revelation. Here was poverty on an epic scale, but also goodness and mercy.

Donations poured in, and Maude got her clinic, then later, a seniors' healthcare center She ran the center until her death in 1990, surrounded by numerous humanitarian awards. When President Ronald Reagan asked her to the White House, she politely declined. “You can't just call me up and ask me to be somewhere. I've got to do my job.”

He is edgy, neurotic, recovering from a nervous breakdown after his historic stint in the Pacific photographing the horrors of WW II, and separated from his wife and kids because of his dalliances with an assistant. He keeps life at bay by staying behind his camera, a trait Maude immediately discerns and attempts to rectify. “Put the camera down,” she intones like a Biblical prophet. In the blackest part of the South, with segregation and racism swirling like a poison, they both have lessons to teach each other, lessons to learn about each other.

The production is glossed by a lovely toned-down look by designers David Gallo and Viveca Gardiner, from the proscenium covered in 8X10 prints, to the lanterns hanging in the moss-covered trees at night, to the slick projections by John Narun of rough cabin, Manhattan skyline, country glen, or Smith's actual photographs. David Lander's sleek lighting provides multiple playing areas for letter reading, telephone calls, or mini monologues. Directed with the sure hand of Sheldon Epps, the play never falters as it moves smoothly like a good short story or, maybe, intriguing photo essay.

But it's Coleman and Eli who carry this script and give the whole evening a rock upon which to rest. They are both glorious in detail, characterization, and weight. Coleman conveys indomitable strength with a wave of her hand, her stance, her voice. She'll take hatred and bigotry and bat them away, until the next time. Coleman is a force of nature and will not be tamed. She has a job to do. Eli is tics and fidgets, getting stoned on pills and booze to dull the pain he has caused his family and, deeper, himself. His emotions spill over, until calmed by Maude's steady hand. She will set him right, let him shine, take his part in the world with his special gift.

The play works us over with unashamed sentimentality and abiding faith in the human spirit. A.D. Players advertises Casella's play as a pre-Broadway premiere. Whether they should temp the theater gods, who can be mighty fickle, is a ploy not to be taken lightly. There's always room for gentle drama with a moral core. Whether cynical New York will find this example uplifting and worthy remains to be seen. But its message and story, too long unsung, sounds and looks mighty pretty here in Houston.

Miss Maude continues through October 23 at 7:30 p.m. Thursdays, 2:30 p.m. Saturdays and Sundays, and 8 p.m. Fridays and Saturday at A.D. Players at The George Theater, 5420 Westheimer. For more information, call 713-526-2721 or visit adplayers.org. $40.50-$81.
KEEP THE HOUSTON PRESS FREE... Since we started the Houston Press, it has been defined as the free, independent voice of Houston, and we'd like to keep it that way. With local media under siege, it's more important than ever for us to rally support behind funding our local journalism. You can help by participating in our "I Support" program, allowing us to keep offering readers access to our incisive coverage of local news, food and culture with no paywalls.
Make a one-time donation today for as little as $1.