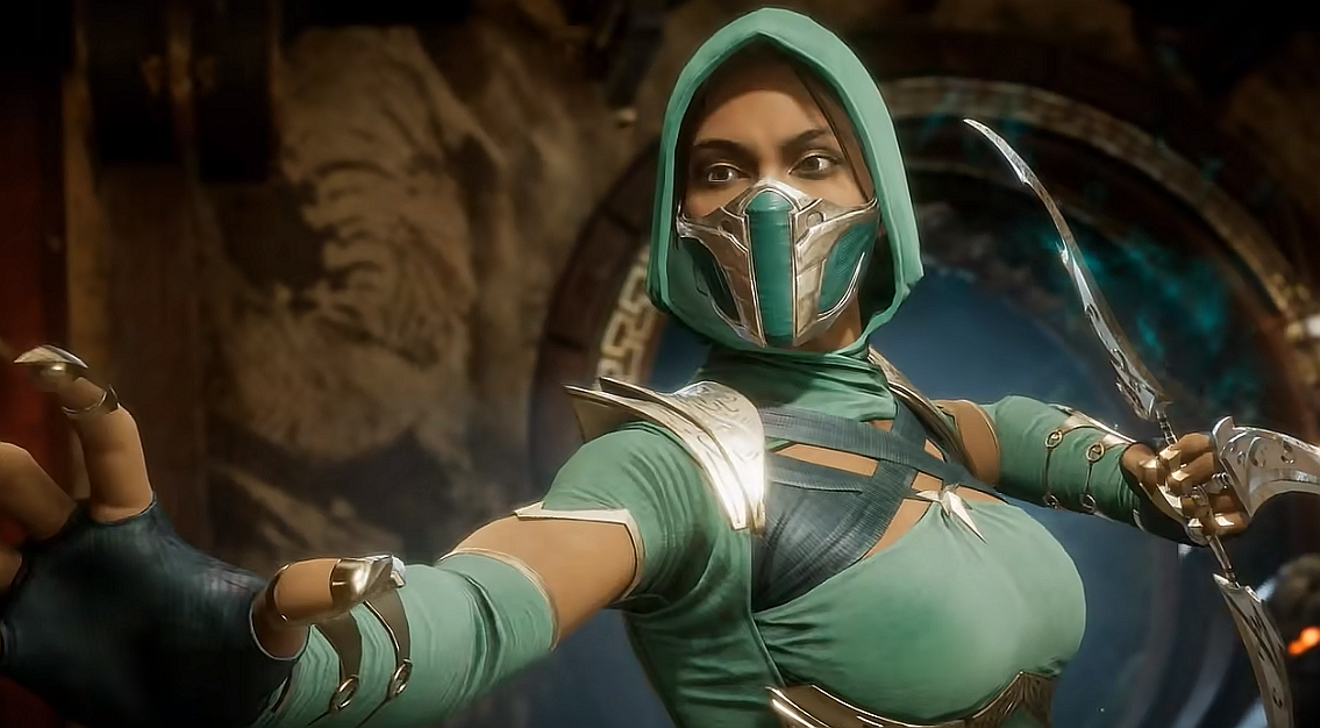 Jade finally gets a compelling story. Screengrab from Mortal Kombat 11
Mortal Kombat is my favorite video game series I don’t actually play. I gave up fighting games in the ‘90s and never really looked back. However, NetherRealm has become the gold standard for story modes in the genre between Mortal Kombat and Injustice. All you have to do is look how awful the story mode was in Marvel Vs. Capcom Infinite or Tekken 7 to see the distance between NetherRealm and their closest competitors for fighting game narrative.

So, every time a new Mortal Kombat comes out I eagerly await someone uploading the story mode to YouTube and watch it like it’s the new Avengers movie. I would legit pay a few bucks for a “director’s cut” version of this on Amazon. Mortal Kombat 2011 was a masterpiece of retcon storytelling, though made slightly stupid with the way it handled women. Mortal Kombat X was even better, with a brilliant new crop of characters as well as a tight political drama that was an emotional roller-coaster with a satisfying ending. Now that Mortal Kombat 11 is out, how does it stand up?

It’s the worst of the modern trilogy.

It’s not bad, per se. At least when you compare it to other fighting game story modes and not to other NetherRealm properties. I liked it and will undoubtedly watch it again, but it was ultimately unsatisfying.

The plot is pretty original on paper. Kronika, the Goddess of Time, has grown tired of Raiden’s interference with her designed balance of combat between the realms. The Thunder God’s decapitation of Shinnok is the final straw, and she merges past and present to create a New Era without Raiden. This has the side effect of resurrecting a lot of past characters, and many of them meet their previous incarnations from a generation ago.

On the plus side, Kronika is a damned good villain played by legendary voice actress Jennifer Hale. Though she lacks the bone-deep menace of Shao Kahn, she outclasses him in every way by being multi-dimensional and incredibly intelligent. Most of the series’ Big Bads are fairly unintimidating, and I dread the day the reboot series goes to resurrect Onaga. Kronika is a nuanced, even kind monstrosity that truly embodies what a god might be like. Oh, and she has the most terrifying fatality ever. And I do mean forever.

So, Kronika is awesome, but she is literally the only new character of any consequence. Of the playable additions to the roster, Kollector could have been replaced with Reptile and no one would know the difference, and Cetrion is further proof that Mortal Kombat just can’t seem to get its Elder Gods to actually be interesting. Geras is functional, but never rises above mysterious henchman status. It’s a poor follow-up to X where we had eight new characters in the base roster. The Game of Thrones-esque trials of Kotal Kahn and the adventures of Cassie Cage’s unit formed the backbone of the intriguing story.

Instead, 11 relies heavily on time travel nostalgia-driven scenes to keep popular characters in the ranks for the game. Where X used flashbacks to such great effect that you forget Liu Kang, Kung Lao and Kitana are actually barely in the present story, 11 just throws everything on the table at once and hopes it works.

This leads to so many stutters. Cassie and Sonya end up with a jumbled relationship that never resolves and kind of completely erases the growth of both women and Johnny Cage in the previous title. Johnny himself goes from leading man to one-note joke about what a dick he used to be. Kano loses his edge as a grizzled, amoral Earthrealm ex-pat to become a mustache-twirling villain prone to scatological humor. Scorpion is basically reset because apparently no one knows what he should be if not a spirit of vengeance.

There’s so much that could have been great. Frost returns to the series as the head of the revived cyber Lin Kuei after she had a small cameo in X. There is clearly a story there between Sub-Zero and her. In X, we would have seen a flashback explaining their relationship. Here, she petulantly whines before being beaten up and never heard from again. Add this to the fact that Noob Saibot never really expresses any reason why he is so damned angry at his younger brother. It feels like there’s a whole chapter involving Sub-Zero that is missing.

Some of the characters do shine. Jade is by far more interesting than she ever has been before. Her torn loyalties to her best friend Kitana and her lover Kotal make for some interesting drama, and the fact that Mela Lee plays her with such incredible depth doesn’t hurt. In fact, the whole arc for the throne of Outworld is well done. Baraka goes from eternal punching bag to the violent leader of an oppressed people, and I actually cheered out loud when Kitana made good on her promise to him for representation.

I wish more would be made of the Outworld mythology. Sheeva rocks in her brief appearance as the queen of the Shokan, and D’vorah remains a fascinating character of shifting loyalties. There’s so much ground to explore with the various races, and I was very disappointed that Ferra/Tor did not return to shine more light on the symbiotes. When things are centered on Outworld, the game is at its best storywise.

On Earthrealm… not so much. Raiden’s transformation to despot happens off-screen after a promising tease, and his younger form is the same bumbling deity who got all his friends killed in the first game. Liu Kang’s whole “Chosen One” role was deconstructed admirably in the first game, and now he is almost as boring as it was in the 1995 film. Nunchucks are not a replacement for a personality.

I get that Mortal Kombat is in a rough position. They don’t want to lose popular characters, but they want there to be high stakes involving death. Injustice 2 did odd things to keep Joker and Green Arrow in the mix, but 11 seems to have opted for a very lazy and poorly thought out third act to what has been an amazing journey. It’s better than almost every other fighter out there, but it’s a very pale shadow of its own predecessors.
KEEP THE HOUSTON PRESS FREE... Since we started the Houston Press, it has been defined as the free, independent voice of Houston, and we'd like to keep it that way. With local media under siege, it's more important than ever for us to rally support behind funding our local journalism. You can help by participating in our "I Support" program, allowing us to keep offering readers access to our incisive coverage of local news, food and culture with no paywalls.
Make a one-time donation today for as little as $1.