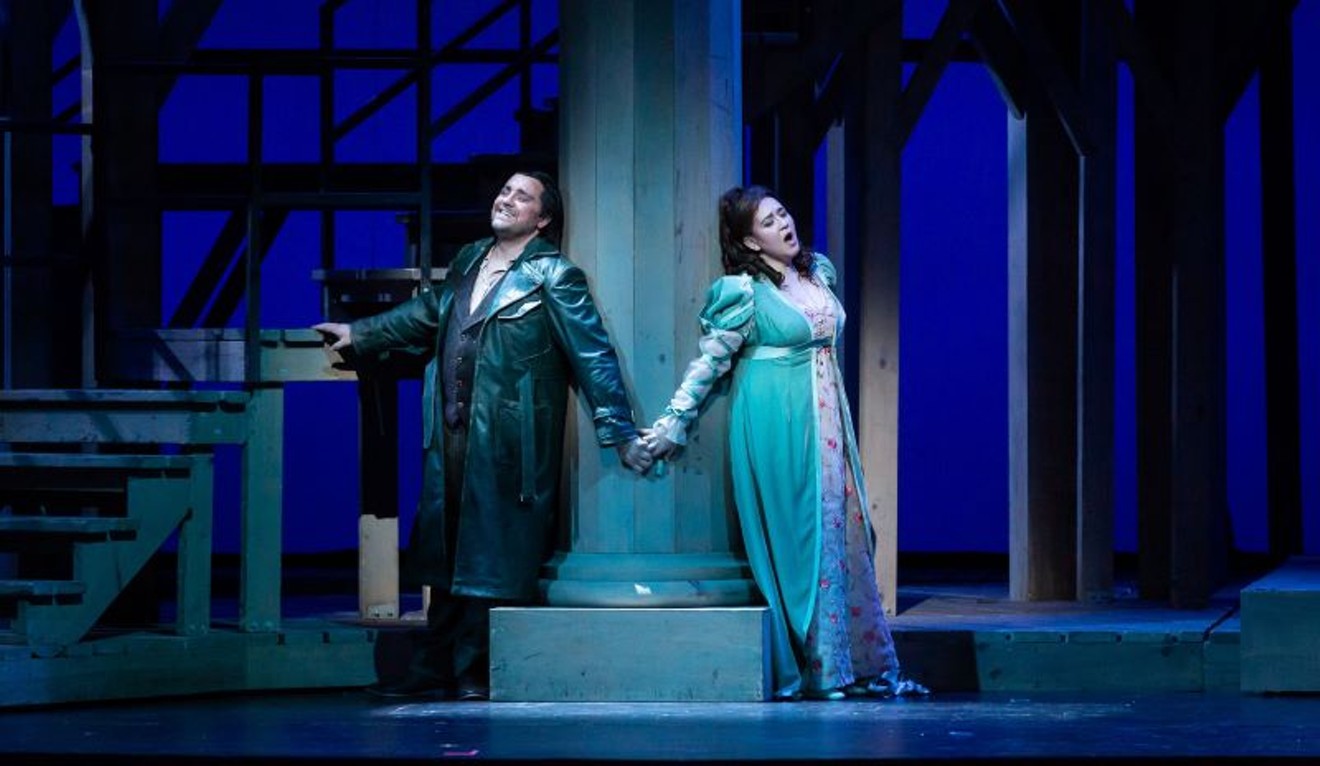 
Justly celebrated today for his devilishly entertaining Faust (1859), Charles Gounod made little profit from this beloved classic and never saw his opera take off into the stratosphere during his lifetime. His music publisher Choudens reaped the monetary awards. All that international acclaim for Faust came later.

It was his adaptation of Shakespeare's Romeo and Juliet (1867),with libretto from the busiest stage writers in Second Empire France, Jules Barbier and Michel Carré, that was Gounod's one smash hit for the opera stage. Although he was a much beloved icon in French music, his other stage works flopped as soon as they premiered. He turned to liturgical music with masses, oratorios, and scared songs, along with profane ones, too, and seemed most content with those. His last work was a Requiem Mass written for his grandson who had died young. He had just completed its orchestration when a massive stroke killed him in 1893.

His lush, lyrical music went out of fashion during his own lifetime when the more muscular Saint-Saens, more emotional Massenet, the deceptively simple Fauré, then the more impressionistic Ravel and Debussy came to the fore. But his lyric style with its almost conversational quality influenced them all. He was the dean of this new French sound and highly regarded for his pure lines, impeccable taste, and musical sensitivity.

Romeo and Juliet is awash in all of these qualities, especially in its unstoppable melody. Those insistent downward steps in the overture that reek of tragedy; the ominous choral prelude that highlights the drama and sets the scene; Juliet's coloratura “Waltz” at the ball that radiates youth and rapturous innocence; Romeo's famous paean to Juliet's beauty, “Arise sun,” that is ardor incarnate; and Juliet's equally famous “poison scene” which is a soprano's showstopper. (In fact, it was soprano Adriana González' best moment of the evening and heartily applauded.)

Barbier and Carré deftly arranged Shakespeare's inescapable tragedy to showcase the lovers. Although other characters have their moments – Mercutio's “Queen Mab” aria (sprightly sung by baritone Thomas Glass); Romeo's page Stephano (mezzo Sun-Ly Pierce), a trouser role not in Shakespeare, with her taunting “Song of the Turtledove;” Tybalt's psychotic menace (tenor Carlos Enrique Santelli) in the violent brawl that kills him and Mercutio; Friar Laurence's patience and compassion (bass/baritone Nicholas Newton, who flipped his wig during his curtain call, which caused him and the audience no end of delight); gruff Lord Capulet (baritone Donnie Ray Albert) – it's the young lovers who are constantly center stage.

As we know, opera is the one art where we most willingly suspend our disbelief. Glorious voices don't often emerge from appropriate bodies. It takes a moment until we accept these “mature” people on stage as teenagers, but their vocal beauties quickly dispel any momentary shock.

Tenor Michael Spyres was the evening's revelation. His clarion voice spoke youth, love, passion. Influenced by the Italians, all old French operas demanded high-flying tessitura and Gounod didn't buck tradition, he gave his audience a full fusillade. Although Spyres doesn't possess the ardent lithe look of teenage Romeo, his voice does. Once he opened his mouth and sang, we believed anything. He knocked those patented high-Cs out of the Wortham, and gave that famed legato phrasing a run for its money. He sang as though he were in ecstasy. This was the most honeyed voice I've heard at HGO in a long time. You could relax in his presence and let his voice caress you. Now, that's a Romeo we believe in.

We had a harder time believing Gonzalez, as she tended to lose focus in her upper register. Her tone never wavered or varied, always bright and brittle. Her quasi-mad scene – a required scene in European opera and ballet in the mid-1850s – was very well handled and exquisitely crafted. She deserved her applause. But she sounded as if she wanted to prove something; she was always “on,” just not always Juliet. Judging from the audience's frenzied reaction, I'm completely wrong. It happens. But I definitely want to hear her again, though. She has something special. That I can hear.

This triptych production from HGO, Dallas Opera and Atlanta Opera, directed by Tomer Zvulun without any cohesive style, designed by John Conklin and Julia Noulin-Mérat, is nothing special to look at. It's a unit setting in Tudor mode – all wood beams and open staircases that slightly reconfigure during the act breaks. Wattle and daub without the daub. Where we are is some Neverland between Jacobean and modern, with choristers in mermaid dresses and Noel Coward cocktail attire, men in ties or leather punk, and Juliet swathed in immense marabou sleeves for the Ball scene. Can costumer Gregory Gale pick an era and stick with it? Tony-nominated choreographer Donald Byrd, acclaimed for his work with Joffrey Ballet, Dance Theatre of Harlem, and Alvin Ailey, lost his way on this one. His dances for the fairies and sprites in the divertissements of Midsummer Night's Dream and Pryamus and Thisbe are inconsequential. Ballet 101.

But maestro Patrick Summers leads a luxuriant account of Gounod's score. He takes his time to draw us into the French riches within, nonpareils of chocolate and glacé fruit and love made into music. I don't know what has happened between the inordinate pause during the COVID pandemic, but the HGO chorus, under director Richard Bado, sounds magnificent. (Listen to its recent Turandot.) Talk about confection. What sweet power.

Romeo and Juliet is of its era. But it's no musty museum piece. It affects us because of its undeniable power to move us through music graced with drama and melody. It has style and sophistication. That was Gounod's genius. Shakespeare helped, too.