Reviews For The Easily Distracted:
Sing 2 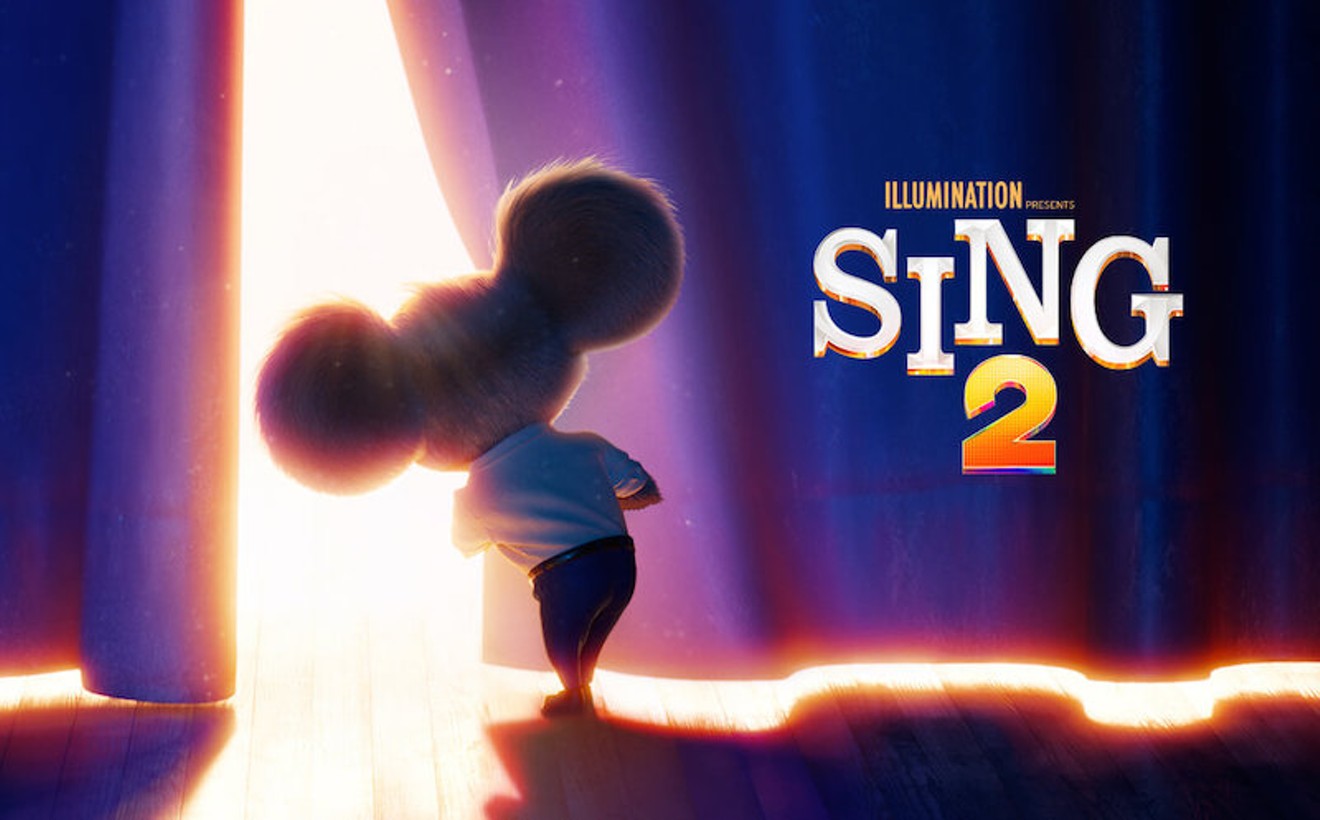 Describe This Movie Using One Monty Python and the Holy Grail Quote:


KING OF SWAMP CASTLE: Stop that, stop that. You're not going into a song while I'm here.

Rating Using Random Objects Relevant To The Film: 2 glass eyes out of 5.

Wikipedia
Tagline: "Where will your dreams take you?"

Better Tagline: "Are you not entertained?"

Not So Brief Plot Synopsis: Buster Moon's (Matthew McConaughey) little theater may be doing well, but when he's informed that he and his cast aren't ready for the big time, he nevertheless sneaks his cast into an audition with fearsome producer Jimmy Crystal (Bobby Cannavale), who isn't interested until Gunter (Nick Kroll) pitches a show concept that happens to include the return of Clay Calloway (Bono), a rock star who hasn't been seen in 15 years and who Buster has never actually met.
"Critical" Analysis: You might think it's a pretty bold move to start your kids movie with "Let's Go Crazy," a song featuring a reference to the singer's girlfriend audibly banging another person, and ordinarily you'd be right. In the case of Sing 2, however, where decision was engineered to appeal as broadly across four quadrants as possible, we should probably just chalk it up to one of the film's multiple producers thinking that over-25s like that Prince guy.

This theory gains support the further along we get. "Heads Will Roll" by the Yeah Yeah Yeahs establishing Ash's (Scarlett Johannson) rep as a teen badass? Sure. What about "Bad Guy" by Billie Eilish? That "seduce your dad" line really fits in with those wacky animal hijinx. And it's nice of Mercury Rev to get some attention for a 21-year old song.

Perhaps this assessment is too harsh. Writer/director Garth Jennings, after all, is simply trying to continue the crowd-pleasing antics of the first Sing (and replicate its $634 million global box office). Movie musicals like In the Heights, Dear Evan Hansen, and West Side Story have gotten pretty hammered this year, so why not see if the cartoon animals can pull it off again?

In the meantime, you and your children can grapple with weighty questions, such as: will Rosita (Reese Witherspoon) overcome her spontaneous fear of heights? Will Johnny (Taron Edgerton) learn to dance with the help of Nooshy (Letitia Wright, who hopefully recorded her dialogue remotely)? Will the famously reclusive Calloway eventually make a triumphant return to the stage?

That last question loses some dramatic oomph thanks to the casing of a noted publicity hound in the role.

Speaking of Bono, the slapdash nature of Moon's production (Out of This World) combined with the U2 frontman's inclusion throws off some unintended Spider-Man: Turn Off the Dark vibes. Ironically, the movie ending suggests OOTW will have a lengthier theatrical run.

Sing 2 is innocuous enough for a cash grab that put remarkably little thought into song choice and mostly seems like an opportunity for Johannson, and Edgerton to pitch new recording contracts while also showcasing the talents of established performers like Tori Kelly (Meena, the teenage elephant) and Halsey (Porsha, Crystal's spoiled daughter). It's fun for the whole family ... those family you don't mind getting Omicron with, that is.

Sing 2 is in theaters today.
KEEP THE HOUSTON PRESS FREE... Since we started the Houston Press, it has been defined as the free, independent voice of Houston, and we'd like to keep it that way. With local media under siege, it's more important than ever for us to rally support behind funding our local journalism. You can help by participating in our "I Support" program, allowing us to keep offering readers access to our incisive coverage of local news, food and culture with no paywalls.
Make a one-time donation today for as little as $1.