That ‘90s Show Gets It Mostly Right 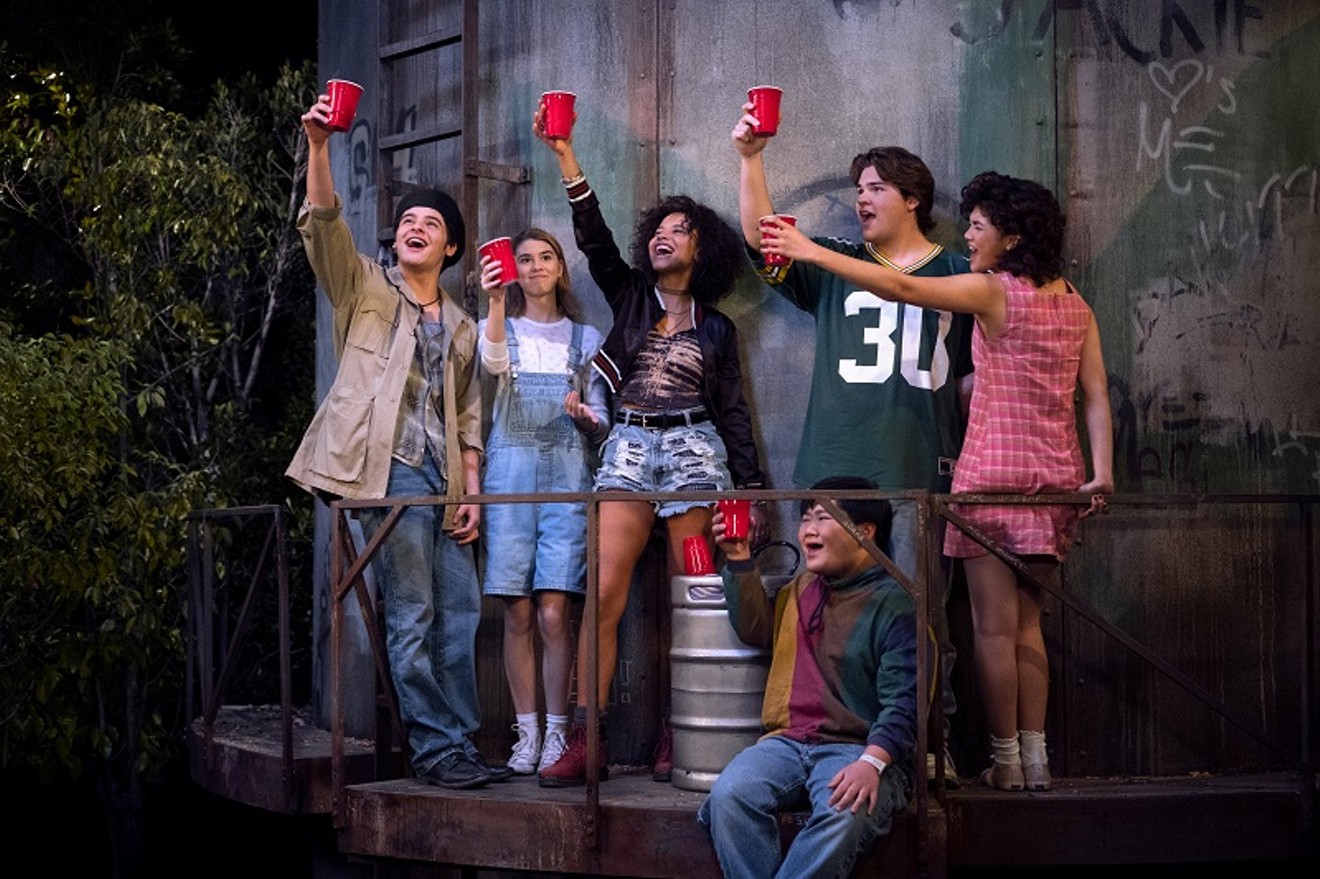 Hanging out down the street etc. etc. Netflix
Netflix has made a name for itself doing nostalgia television sequels like Fuller House and One Day at a Time, and That ‘90s Show is yet another example of them mostly recapturing lightning in a slightly modernized bottle.

It’s 1995 in Point Place, Wisconsin, and Red (Kurtwood Smith) and Kitty Foreman (Debra Jo Rupp) are enjoying their child-free house. However, when their granddaughter Leia (Callie Haverda) decides to stay for the summer hanging out in their basement with a brand new collection of misfit friends, it's Xtreme Shenanigans (‘cause ‘90s) all over again.

Smith and Rupp slipped back into their roles from the original show, but still manage to find some new twists and growths. Red has mellowed some in his old age, and takes an almost sadistic glee in being the good cop for Leia’s misadventures. Meanwhile, Kitty deals with everything from going back to work as a school nurse to discovering internet culture with a wit and ease that maintains her place on any list of TV’s Best Moms. Well, nanas, now.

The new crew is also a treat. While it’s clear that the show was cast to have counterpoints for the original group of friends, the roles have been expanded and evolved to tell some stories missing from That ‘70s Show. Gwen (Ashley Aufderheide) was obviously written to be Hyde’s daughter, though that is never mentioned following Danny Masterson’s rape allegations (he is the only living original main cast member without a cameo). She embodies all of Hyde’s counter-culture ideals without losing herself in conspiracy nonsense and cruelty. It takes her far less time to show her vulnerable side, and of all the cast she feels the most like she walked out of a ‘90s indie film.

There’s a Kelso (Mace Coronel) who serves as Leia’s love interest. He’s a kinder, gentler himbo who spends at least half of his runtime in a rad bromance with Nate (Maxwell Acee Donovan), to the annoyance of Nate’s girlfriend Nikki (Sam Morelos). Honestly, the open and supportive relationship between the two dudes is a highlight. Then there’s Ozzie, a pathologically disaffected gay kid played with icy indifference by Reyn Doi. He fills the Fez role, but is far less of a stereotype.

In fact, the whole show can basically be packaged as a better, woker version of the old one, which is not a bad thing at all. The same romance subplots are there, as well as clandestine trips to musical events that blow up in everyone’s faces and pointed pranks that have the malicious edges sanded off.

Where the show stands out the most is having Leia be a fish out of water instead of merely an awkward teen trying to fit in. Her ignorance of Point Place and everything that happens there takes out some of the easy manner that her parents had with all the cast, but makes her a more compelling POV character. She’s much more relatable that Eric (Topher Grace) ever was.

The only real complaint is that the show breaks no new ground. The most compelling relationship in the show is by far Leia and Gwen. There are moments when you can feel the writing pushing them together romantically, but then it pulls away suddenly to focus on less organic but safely hetero pairings. The only gay character deliberately (but admittedly hilariously) has no one to be gay with. The result is a nice show keen to be more than its predecessor but less than pioneering.

It’s by no means a bad thing. I enjoyed every episode and never wanted for laughs. Lots of us are dealing with the trauma of the last however many years by revisiting comfortable settings and familiar stories. That ‘90s Show has that in spades. On the other hand, it sometimes just reminds the viewer why we left some things back in the ‘90s. It’s semi-evolved, but amusing, like a tree sloth but wearing JNCOs and belting Alanis Morissette. Keep an appropriately Xennial attitude about it, and you’ll have a good time.

That ‘90s Show premieres Thursday, January 19 on Netflix.
KEEP THE HOUSTON PRESS FREE... Since we started the Houston Press, it has been defined as the free, independent voice of Houston, and we'd like to keep it that way. With local media under siege, it's more important than ever for us to rally support behind funding our local journalism. You can help by participating in our "I Support" program, allowing us to keep offering readers access to our incisive coverage of local news, food and culture with no paywalls.
Make a one-time donation today for as little as $1.