The Fight is On In The Queen's Gambit 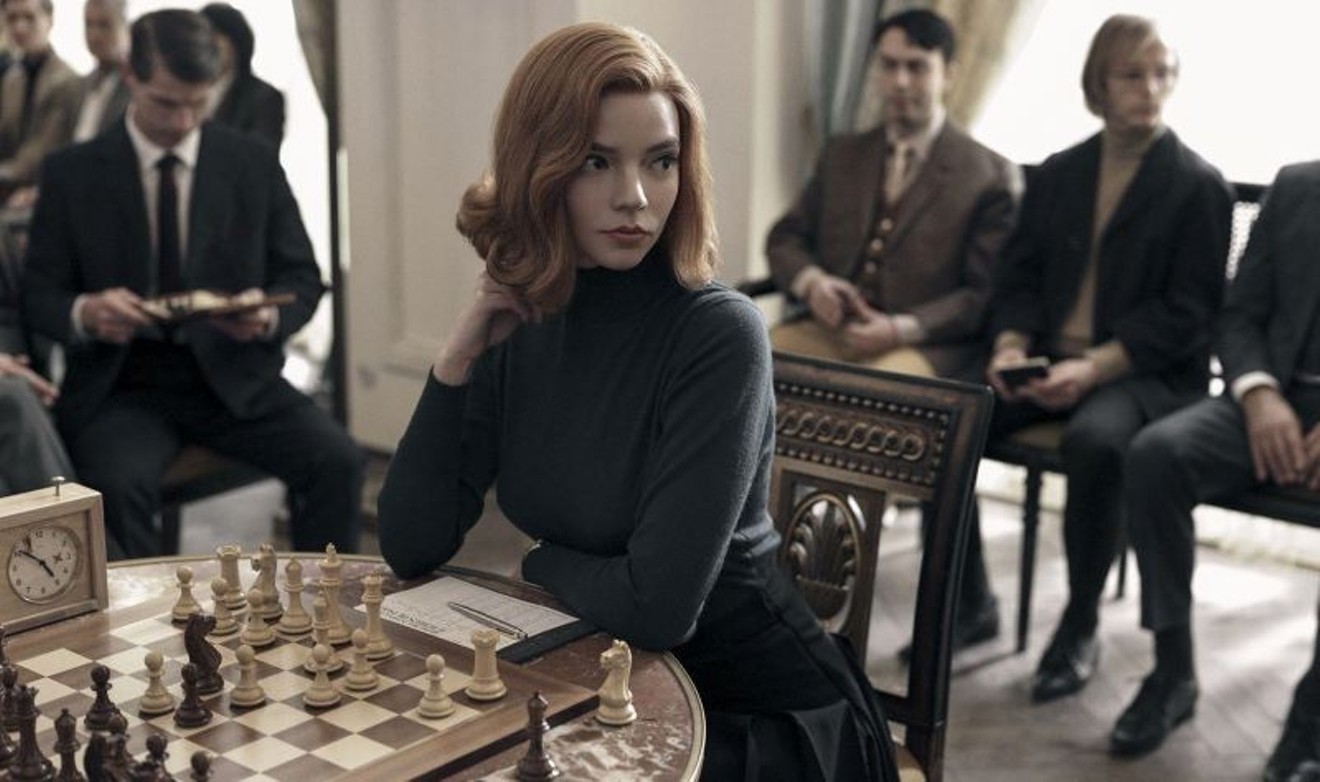 Anna Taylor-Joy stars in The Queen's Gambit on Netflix. Screenshot
It may be a surprise that a show about chess has become one of Netflix’s most-streamed shows of the past couple of weeks. But it shouldn't be — not when it is filled with standout performances and its chess competitions play out like boxing matches.

The Queen’s Gambit is Netflix’s newest breakout show. The limited series based on Walter Tevis’ (The Hustler, The Man Who Fell From Earth) 1983 novel follows Beth Harmon, a young girl who after her mother is killed in a car accident is sent to the Methuen School, a Christian orphanage for girls.

She discovers chess from watching the school janitor play in the basement of the school. She begs him to teach her and he eventually reluctantly does so. Mr. Shiabel, the janitor, comes to realize the uncanny talent she possesses. She is deemed a chess prodigy at age 9.

The story follows Beth through the world of chess in the 1960s, a male-dominated industry in which her mere presence challenges norms and expectations. Beth is a classic tortured genius, gifted at a young age and someone who has sacrificed much of her life and her happiness for her passion. She copes with the stress with alcohol and a dependency on the pills that were given to her and other children at the Methuen school to keep them well-behaved.

The Queen’s Gambit is led by a star performance by Anna Taylor-Joy (The Witch, Split). It is as if 40 years ago Walter Tevis wrote his novel with her in mind. Taylor-Joy adeptly balances the darkness and the struggles Beth faces with her ambition and obsession with chess.

Of special note is Moses Ingram, who plays Jolene, Beth’s only friend outside of the janitor at the orphanage. She was so good I came away wishing she had more scenes.

Marielle Heller (A Beautiful Day in the Neighborhood) plays Beth’s adoptive mother, a woman who has been stuck coping with her unloving husband and unsatisfying life. The unlikely bond between her and Beth provides a crucial part of Beth’s journey.

Another high point is the production design showing Beth's travels from the blueish gray halls of the Methuen School to the brown gyms and auditoriums of Kentucky and Cincinnati to the beautiful and dark snowscapes and architecture of Moscow. Locales like Las Vegas and Mexico City are period specific. Locations change and get bigger and fancier, more important — matching the elevated importance and stakes that Beth faces.

The direction avoids what could be a tedious recreation of two people sitting down to play chess. Instead, Beth clashes, trades, feints, and blocks her way to victory like a seasoned boxer as she goes against men twice her age.

Facial cues and body language convey so much without words.  A player — on purpose — arrives late to a match with Beth.  He shows her no respect and is clearly expecting an easy victory. He yawns and seems disinterested even as the game starts.

A few moves in, his demeanor shifts. His relaxed shoulders tense up, and his brow stiffens. He’s realized he's fallen into a trap as he sits up and looks at the game board in shock.

She just sits there with a look of superiority and fire. He knows he has lost. And as the games progress, he will be joined by other players who underestimate Beth and her abilities. As she starts to go up against the world's best, she carries us along on her journey. Will she be ultimately successful? Not only in chess but overcoming her inner turmoil? It's more than worth a viewer's time to find out.

The Queen's Gambit is a mini series available on Netflix now.
KEEP THE HOUSTON PRESS FREE... Since we started the Houston Press, it has been defined as the free, independent voice of Houston, and we'd like to keep it that way. With local media under siege, it's more important than ever for us to rally support behind funding our local journalism. You can help by participating in our "I Support" program, allowing us to keep offering readers access to our incisive coverage of local news, food and culture with no paywalls.
Make a one-time donation today for as little as $1.