Reviews For The Easily Distracted:
Uncharted 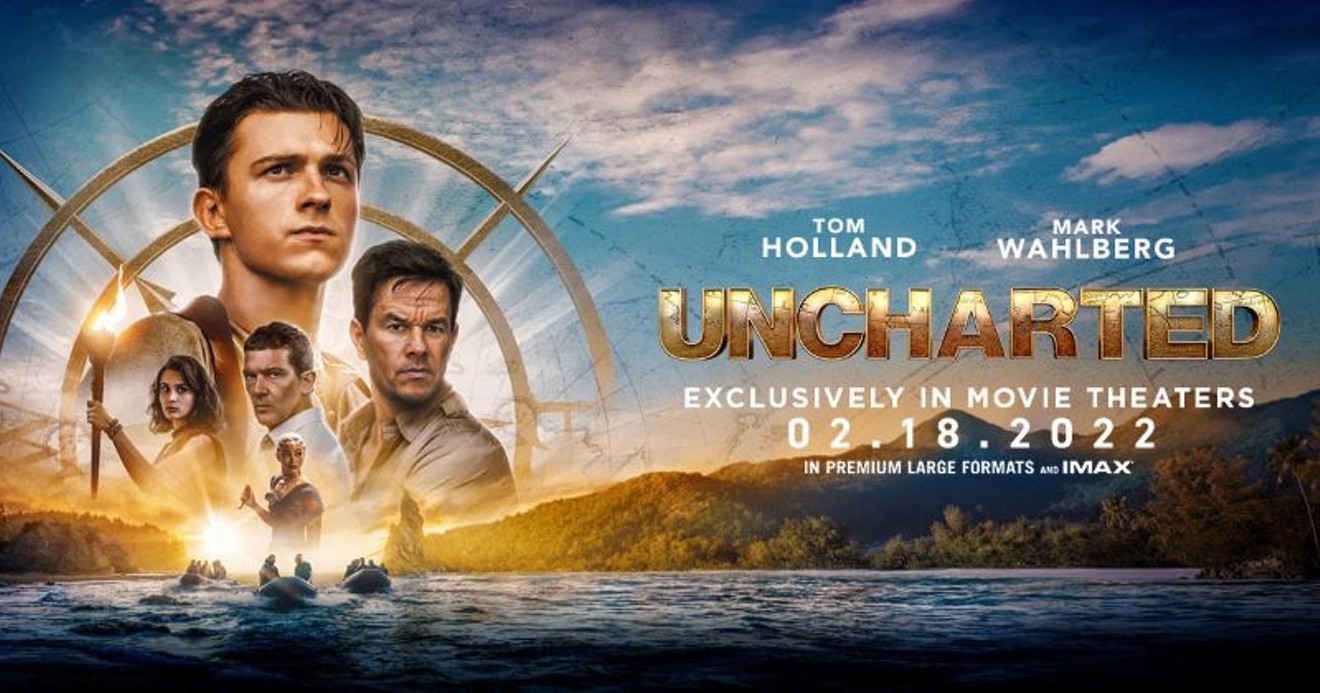 Describe This Movie In One The Mummy (1999) Quote:


EVELYN: You lied to me.
JONATHAN: I lie to everybody. What makes you so special?

Rating Using Random Objects Relevant To The Film: 2 Tawny Kitaens out of 5.

Not So Brief Plot Synopsis: Twelve years after his older brother Sam disappeared on a mysterious quest, Nathan Drake (Tom Holland) works as a bartender-slash-con artist in NYC. He's approached by Victor Sullivan (Mark Wahlberg), a treasure hunter and one-time partner of Sam's who wants Nate's help locating Magellan's lost treasure. They're joined by Chloe Frazer (Sophia Ali), another treasure hunter, and opposed by Spanish gazillionaire Santiago Moncada (Antonio Banderas) and his conniving underling Jo Braddock (Tati Gabrielle).
"Critical" Analysis: Sony has been trying to make a movie out of Uncharted, Naughty Dog's hit video game franchise, since 2008. In terms of "development hell," the expression used for movie projects that spend years in limbo for ... reasons, Uncharted is far from the biggest offender. Hell, it doesn't hold the record for video game adaptations (hello, Sonic the Hedgehog). Still, it's demonstrative of the kind of compromised product that often results when these properties ferment for too long.

In fairness, Tom Holland isn't the problem (well, not entirely). He's limber and personable and decent with a quip. Unfortunately, he's also starring in one of the highest-grossing movies of all time, one that happens to still be in theaters, making the Spider-Man comparisons hard to shake. One difference: he says "shit" a bunch of times here, which counts as grown-up content in the land of IP oversaturation.

Slightly off-topic: in an early scene, a young woman comes into Nate's bar and he's unable to light her cigarette (the faulty Zippo is a running gag). Narratively, it's a distraction so he can steal her bracelet, but you also realize if that cigarette gets lit and she takes a drag, you've got yourself an "R" rating. Profanity and a few relatively bloodless throat slashings are still okay, luckily for us.

Uncharted really wants to be Raiders of the Lost Ark. So badly, in fact, that it's hard to believe there weren't snakes in the hold of Magellan's wrecked ships. Director Ruben Fleischer throws out animated flight plans, hidden temples, dastardly traps, and even a "_____, why'd it have to be ______." Hell, Braddock is also kind of a Belloq to Sully's Indy.

But what's lacking are actual stakes. Everything her is played almost exclusively for laughs, and if they aren't taking this seriously, why should we? It's nice that we aren't once again fretting over the fate of the multiverse (or whatever), but Fleischer might as well be directing cut scenes from the game itself.

Which actually isn't fair; there was often more emotional weight in the Uncharted games than there is here.

The main culprit in that regard is Wahlberg. Once upon a time he was in talks to play Nathan Drake himself (when David O. Russell(!) was still attached to direct), but wormed his way back into what amounts to a co-starring role. The team-up just doesn't work, largely because Wahlberg isn't even trying as hard as he did in the last two Transformers movies. Sully just shows up to offer obnoxious advice and the occasional deus ex machina.

As stated earlier, this really wants to be Raiders — even name checking Indiana Jones — but it's not that. It's not even National Treasure. Uncharted is more like Sahara: a forgettable adventure yarn that exerts the minimum effort and won't linger in your consciousness after you've crossed the parking lot. Hope that was worth $120 million, Sony.

Uncharted is in theaters today.
KEEP THE HOUSTON PRESS FREE... Since we started the Houston Press, it has been defined as the free, independent voice of Houston, and we'd like to keep it that way. With local media under siege, it's more important than ever for us to rally support behind funding our local journalism. You can help by participating in our "I Support" program, allowing us to keep offering readers access to our incisive coverage of local news, food and culture with no paywalls.
Make a one-time donation today for as little as $1.