Reviews For The Easily Distracted:
Watcher 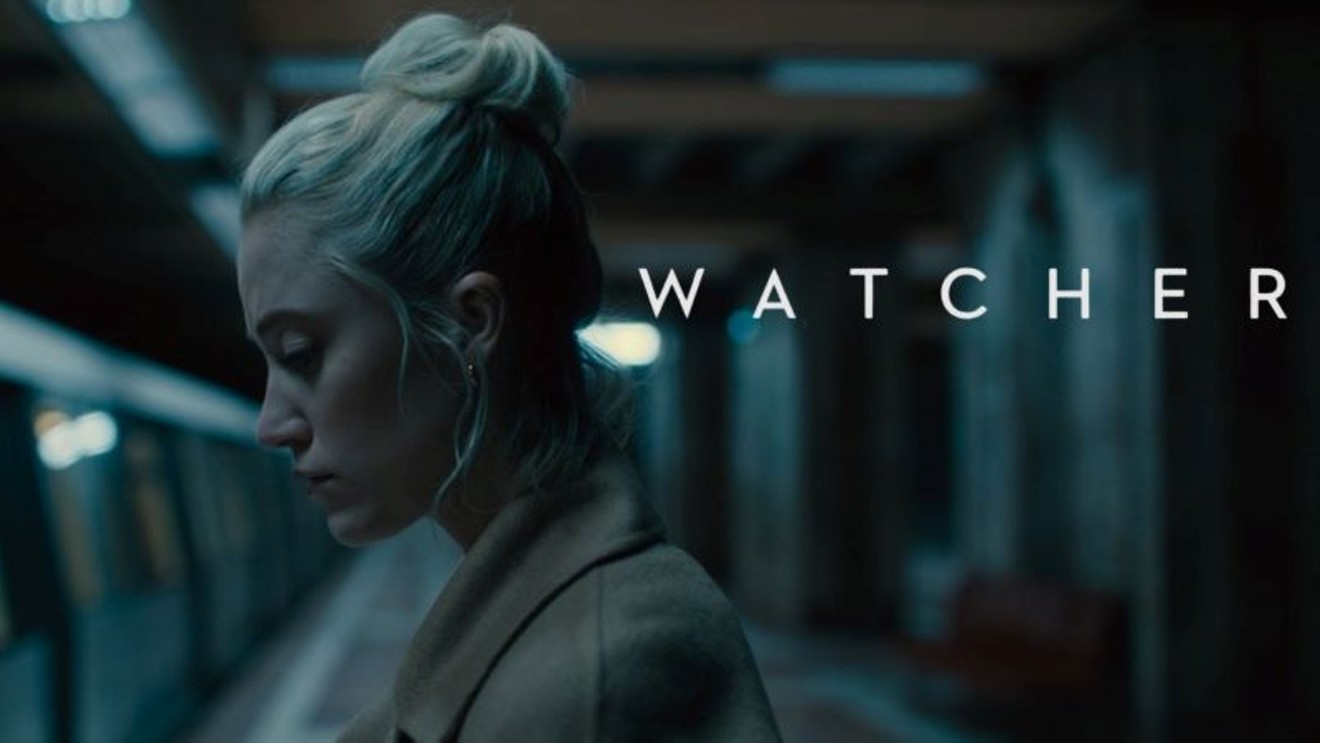 Describe This Movie In One Gaslight Quote:


NANCY: What's the matter with the mistress? She don't look ill to me. Is she?
ELIZABETH: I don't know. Not as I can see. But the master keeps telling her she is.

Brief Plot Synopsis: American in Romania has a less than magical experience.

Rating Using Random Objects Relevant To The Film: 2.5 Beth Gallaghers out of 5.

Not So Brief Plot Synopsis: It's a new start for Julian (Maika Monroe) and Francis (Karl Glusman), who have moved to Bucharest, Romania for Francis's job. Sadly, this isn't an episode of International House Hunters, for while their new apartment is surprisingly spacious, Julia finds herself contending with the language barrier, a creepy neighbor (Burn Gorman), and a possible serial killer targeting women in the area.
"Critical" Analysis: [Seinfeld voice] What's the deal with people who don't close their curtains?[/Seinfeld voice] In my neighborhood, the number of houses that never close them, or their blinds, or flat out don't even have window coverings, is disconcerting to an avowed neurotic like myself.

To Julia and Francis's credit, they remedy the problem of their giant windows shortly after moving in. This helps to allay some of Julia's apprehension, but not all, especially as signs that the mysterious neighbor perpetually peering in their window might actually be following her.

Watcher, Chloe Okuno's feature debut, does look great, with Benjamin Kirk Nielsen's cinematography giving everything a sinister, dreamlike aura. The decision not to subtitle the frequent Romanian dialogue also helps us identify with Julia's isolation. And her mounting paranoia and eventual pushback against being gaslit by just about everyone in her orbit really gives Monroe a chance to shine.

It's just too bad she's underserved by a predictable script and simplistic ending. Zack Ford's screenplay recalls other surveillance thriller like Rear Window or The Lives of Others (especially the latter's setting) but only serves to remind us how much better those movies are.

Francis's growing skepticism is, unfortunately, all too believable. And one thing Watcher has going for it is showing how terrifying that extra layer of language separation can be, having him tacitly agreeing with his Romanian co-workers that Julia is overreacting.

Also familiar is the way Julia's concerns are mostly shrugged off by the authorities. Not to put too fine a point on it, but if the cops are taking the word of a dude who looks like *Burn Gorman* over you, something else has to be going on. They should cast the guy as Hannibal Lecter in the inevitable Gen-Z Silence of the Lambs reboot.

Hell, there's a scene early on when Julia buys a little Dracula figure for Francis — as a joke (Transylvania is a region in Romania) — which would've been ... something? Hey, what if the serial killer was a vampire? But no.

The most unbelievable part, incidentally, turns out to be Julia walking into an underground European strip club without paying a cover charge.

As Julia goes from passive participant to taking a more proactive role in finding out what the hell's going on, there was yet another chance for the story to go in unexpected directions, i.e. role reversal with regards to who's stalking whom, but Okuno and Ford never capitalize on that thread. Instead, we get an Eastern European-flavored rehash (or goulash, if you will) of decades-old thriller tropes.

Wait, goulash isn't Romanian. You know what I meant.

Watcher is in theaters today.
KEEP THE HOUSTON PRESS FREE... Since we started the Houston Press, it has been defined as the free, independent voice of Houston, and we'd like to keep it that way. With local media under siege, it's more important than ever for us to rally support behind funding our local journalism. You can help by participating in our "I Support" program, allowing us to keep offering readers access to our incisive coverage of local news, food and culture with no paywalls.
Make a one-time donation today for as little as $1.