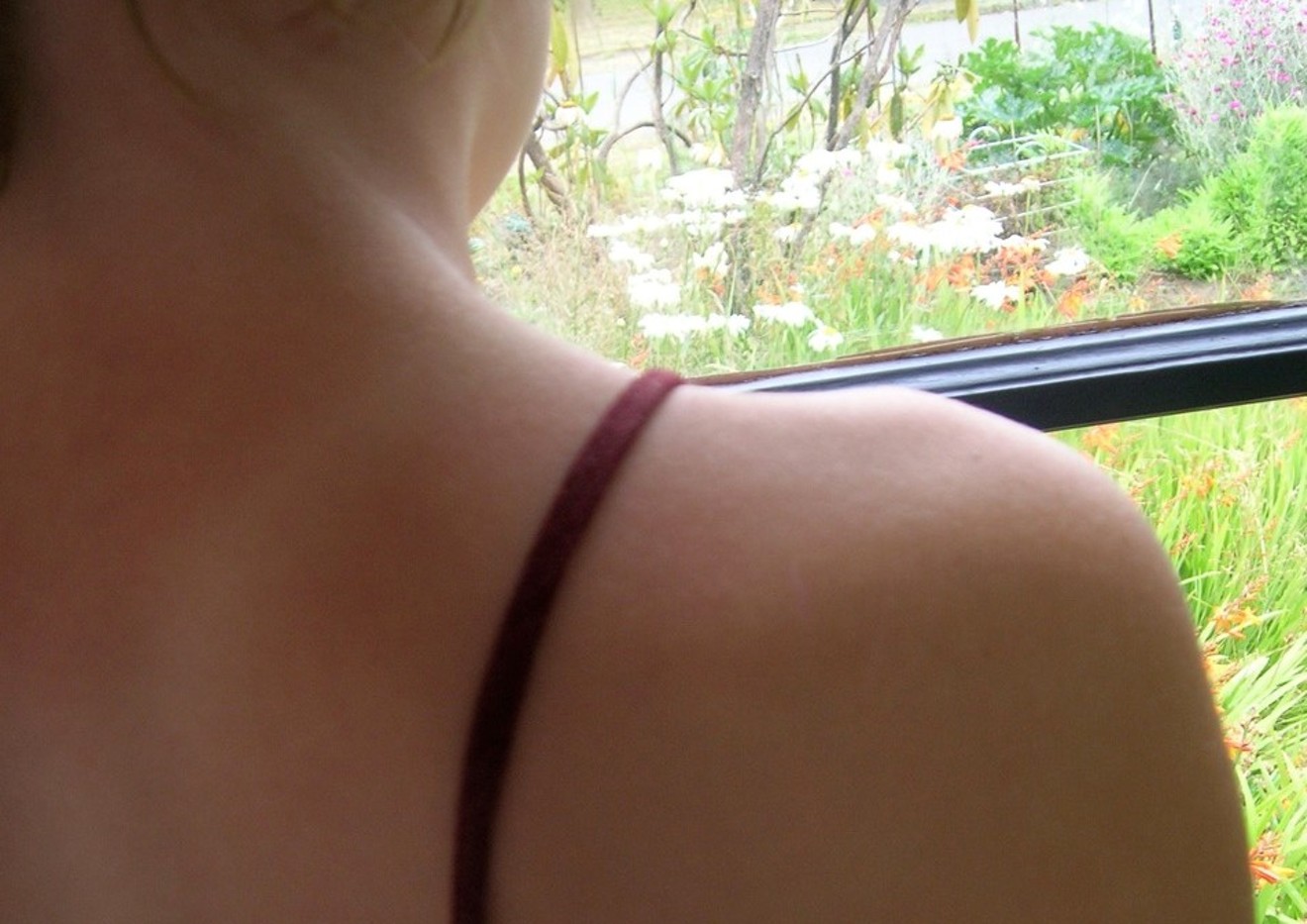 Schools can get on a kid's case for this, but not for refusing to wear a mask. Photo by Kelly/ Flickr
I took the Kid With One F shopping for some back-to-school non-binary finery this past weekend, and as frustrating as that always is it was made even more maddening by the fact that adhering to school dress codes in the middle of a pandemic seems more ridiculous than toothpaste-flavored chips.

I’m already moderately famous for how much I think school dress codes suck, so this attitude is probably no surprise. However, you would think that the past year and a half would have given us all some perspective on how arbitrary and marginalizing these rules often are.

Leggings… if my kid wants to wear leggings they have shorts or a skirt on over them. I was frantically asking a school Facebook group while I wandered zombie-like through JC Penney whether jeggings counted as leggings because for some reason that’s all that seems to be in the girl’s section of the stores these days. I’m out here with my barely vaccinated 12-year-old dodging Black Death 2: Revenge of the Horse Dewormer so we can try on clothes and wondering if their entire wardrobe is going to get binned for being distracting.

I live in one of those unfortunate school districts that has decided not to stand up to the governor on the mask mandate, and our superintendent keeps sending these weird, spineless emails begging parents to encourage their kids to mask up since he just can’t tell Greg Abbott to kick rocks on a subject where the governor is dangerously wrong and looking to score brownie points from the worst of his base. This is the same district that embarrassed my kid for wearing spaghetti straps (still prohibited, by the way), but a now-ubiquitous face covering is something that their hands are tied on? Did you people eat a brain tumor for breakfast?

My kid, like millions of others, just spent the last grade being taught in their bedroom remotely. On the one hand, the lack of physical social interaction was definitely not good for the old development milestones. On the other, no one gave them a bunch of guff for learning algebra in their shorts and a sleeveless T-shirt. They are apparently no longer distracting when they are just one of 20 tiny windows in a laptop screen.

That’s not even talking about clear backpacks. Let me get this as straight as I can. It’s perfectly fine to make kids carry transparent backpacks so that they don’t catch a case of gun, but masks protecting them from a highly-contagious disease are a subject too controversial and politicized to take a stand on? We can’t have enough gun control so that our children can rock a basic Jansport that doesn’t smell like dollar store condom, but enforcing masks is a bridge too far?

How can some of these rules possibly matter right now? I worry every day that my kid’s school is going to announce a massive outbreak and send either everyone back home or dozens of children to the hospital. We are all dancing a fine line between life and death while trying to give kids enough normalcy that these years are something other than a tortured memory. Who has time to care if a child wears a bandana to school? Or has a rip in their jeans?

So far, I’m complying with all this because, frankly, I don’t have the emotional bandwidth to fight a school. I do think we should all take a step back and have a good mental meander on the subject, though. After all we’ve been through this past year, from entire institutions being blown apart to hundreds of thousands of deaths, should we really be spending any energy continuing to police children’s perfectly acceptable clothes? Just as we now know that remote learning is possible, can’t we admit that leggings are not hurting anyone’s education?

We’ve seen the real enemy. It’s science denial and a reticence to do what it necessary to accommodate people in dire straits. Let the kids wear whatever they bloody want. No one has the cholesterol for this nonsense during COVID.

Last note... I went to orientation with the kid the weekend before school started so we could both have some practice being in crowds again. Some grown dude walked by with a shirt that read "I identify as vaccinated." Great, a transphobic joke and a dig at the most effective way of combatting coronavirus in one. No one at the school stopped him, though. No one asked him to go home and change, even though the odds were certain at least one person he lumbered oafishly by had lost someone to COVID.

That's what I call a distracting form of dress unconducive to a proper learning environment, not shorts slightly above the mid-thigh. We need to get our priorities in order.
KEEP THE HOUSTON PRESS FREE... Since we started the Houston Press, it has been defined as the free, independent voice of Houston, and we'd like to keep it that way. With local media under siege, it's more important than ever for us to rally support behind funding our local journalism. You can help by participating in our "I Support" program, allowing us to keep offering readers access to our incisive coverage of local news, food and culture with no paywalls.
Make a one-time donation today for as little as $1.