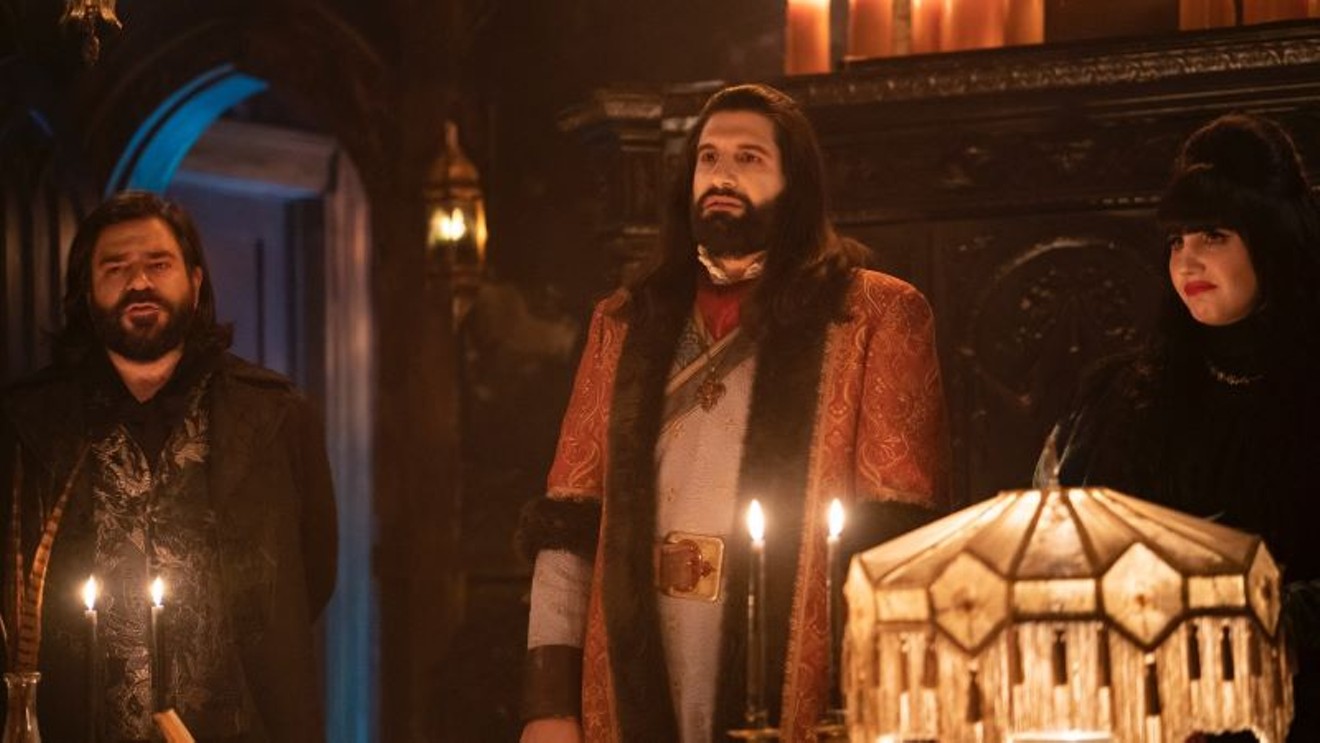 Screenshot
There are three comedies on TV worth checking out right now, each one unique and that engages with their audiences on different levels. As the fall television season starts to go into overdrive, here are some shows you should be watching now.
What We Do In The Shadows is the funniest show on TV by a wide margin. The show is about three vampires, Nandor, Nadja, Lazlo, and energy vampire Colin Robinson — going through the malaise of their long and tired existence living on Long Island with their familiar, Guillermo. It just gets better every season. The third season shakes up the formula slightly, giving its group newfound power and clout in the vampire community resulting in new ways for the group to engage with the world. The plot takes a back seat to what the show does best: doing the funniest thing it can every episode with no boundaries whatsoever.

Any series that can take a throwaway joke about Oceans 11 from its last season and make an entire episode that, of course, leads to a vampire-flavored casino heist that ends with the spontaneous decapitation of a boxer mid-match is operating on a different level. What We Do In The Shadows just seems free to do whatever, and the cast and writing go together so well. The show could go for several seasons without missing a comedic beat while broadening its world carefully as it is doing so well in its third season.

What We Do In The Shadows is available to watch on FX and Hulu.

Ted Lasso has become one of the biggest shows on TV, from the humble beginnings of a promotional character for NBC’s coverage of the English Premier League. Jason Sudeikis and the entire cast and team behind the show just finished dominating the Emmys, racking up several awards and generally being the likable people you would hope they would be. The show has gained a reputation for its positivity and emotional storytelling, and its second season does that and more. To its credit, it goes even further down the rabbit hole of its emotional core.

It’s a credit to the show that it has become a little polarizing. Some people love it no matter what. There are people in the middle who enjoy it, and then the people that absolutely hate it and its positivity. It’s a reaction to the character of Ted Lasso (Jason Sudeikis), the overwhelming positivity and quippy way he interacts with everyone, and everything that will either make or break the show for whoever’s watching. The second season has peeled back the layers of Ted even more in careful and touching ways. They even indulged in  making an entire episode that pays homage to Martin Scorsese’s After Hours.


Ted Lasso is available to stream on Apple TV+


Only Murders In The Building is a true-crime mystery comedy starring comedy icons Steve Martin and Martin Short, with Selena Gomez along for the ride. Through their shared fandom of a true-crime podcast, three strangers (Martin, Short, and Gomez) come together and get involved in the murder investigation of their neighbor who died mysteriously in their Upper West Side apartment building. They start their own show about the murder and fall deeper and deeper into the case as the mystery unfolds around them.

The three stars all play different versions of the type of obnoxious elite that you would think lives in such an impressive apartment building in New York City. The show parodies its upper west side sensibilities, resulting in a perfectly fine and charming show. Martin and Short bring so much of their own history as performers and their experience to their characters, and  Gomez fits in well as the young representative between the elderly statesman. Only Murders In The Building is one of the most pleasant shows about a murder you can watch right now.

Only Murders In The Building is available to stream on Hulu.