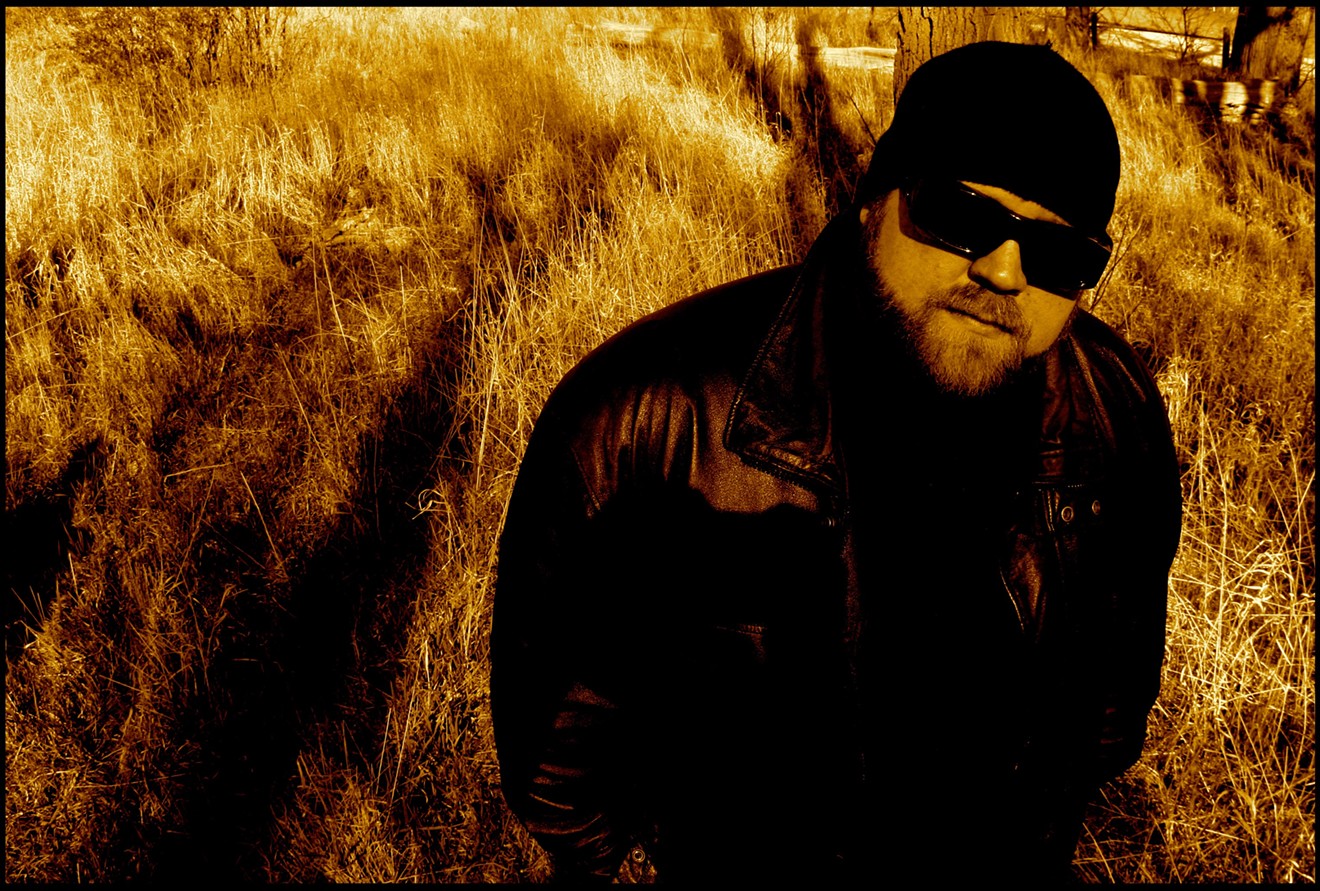 This paranormal investigator has been trying to debunk ghost stories for more than 25 years, but all evidence points to one conclusion about their existence in Sir Noface. Photo courtesy of Chad Calek
If you're the type who believes the things going bump in the middle of the night are not old plumbing or animals in the attic but instead might actually be ghosts, you're not alone. Filmmakers and paranormal investigators Chad Calek and Justin Holstein will host a screening of the documentary Sir Noface, which they believe contains definitive evidence of paranormal existence, next Saturday at House of Blues.

It's an "all-encompassing world of the paranormal through the eyes of a legitimate paranormal investigation. It's not Hollywood," Calek says. "The film, I believe, 100 percent proves the existence of ghosts."

One of them was Calek. As a paranormal investigator, he has spent more than 25 years investigating the world’s most haunted locations, in search of answers to the bizarre, the mysterious and the unexplained. He was also previously involved in ghost-hunting television productions like Paranormal State and American Ghost Hunter.

He says the investigators who originally discovered the existence of the ghosts on Cockatoo Island developed a full-blown relationship with spirits, to the point that these ghosts would do things on call, including one who was named "Sir."

"They would ask Sir to see his light, and Sir could on call generate a lightning bolt," says Calek. "It illuminated from everywhere. There were no shadows. It was like the lights came from all sides. It became so regular, they began pulling people off the streets who were skeptics to experience it. This is all on film, and I sat there watching the footing thinking, 'What is going on?' We went through the schematics, and the building has no electricity."

Even more spectacular, the Australian crew captured a full-body apparition of Sir on film.

"They set up a camera, dead-bolted the door and left," he says. Then, what happened next was even more bizarre. "A ghost steps out of the wall, turns and looks directly into the camera. It’s not something you have to squint at or make out — it’s there. When I saw this footage, it rattled me."

Although Calek is known for capturing some of the most compelling evidence in the history of the paranormal field, he has also developed a reputation as a staunch “debunker” who has discovered rational explanations for many of the world’s most famous paranormal legends.

Naturally, Calek tried to figure out if the footage of Sir was a hoax. He tried disproving its authenticity by analyzing how the Australian team could have physically pulled off this stunt, but that was a fruitless effort. He even went so far as to recruit Hollywood's top talent to try to figure out how the footage could have been altered.

The documentary details an analysis by Dan Patterson, a senior animator for films such as Transformers: Dark of the Moon, The Avengers and The Curious Case of Benjamin Button, who concluded there was no tampering with the footage, which led Calek and his team to one final conclusion.

"When you’re left with nothing but one possible resolve, you’ve gotta call it what it is," Calek says.

Calek says his interest in ghost hunting began when he was a child.


"I did experience the walls in my room start beating. It’s like someone took their fist and punched the wall as hard as they could." Chad Calek, director of 'Sir Noface'

After his family purchased a home in Iowa, they noticed strange things would occur, including seeing black entities at the foot of their beds, jet-black shadows of two children staring from outside the window, green hands coming out of the wall and more.

Of Calek's personal encounters, he says, "I did experience the walls in my room start beating. It’s like someone took their fist and punched the wall as hard as they could. The pool balls would re-rack themselves on their own. My little sister had alphabet magnets, and [they] would leave terrifying messages like 'She’s mine' or 'She belongs to me.'"

With an upbringing like that, it's no shocker he went into filmmaking as a way to explore his childhood experiences.

Regarding his film Sir Noface, we can't confirm whether there is definitive proof of the existence of ghosts, but Calek says the documentary has a little bit of something for everyone.

"Not only will you see the most mind-blowing footage, but there’s also comedy built into the show. We call it our freakout clip, and it’s hilarious. It’s unnatural to go roaming through an abandoned hospital. There’s a lot of fun footage that’s there. It’s a very entertaining way to look at the paranormal," he says.

For the skeptics out there, Calek has one last word for them too.

"Come out and prove me wrong — I’ve love to see someone try."

For an extra fee, the event also includes a “best of” evidence presentation featuring 25 years of Calek and Holstein’s most compelling evidence, Q&As, and a special two-hour VIP meet-and-greet and dinner with the hosts.