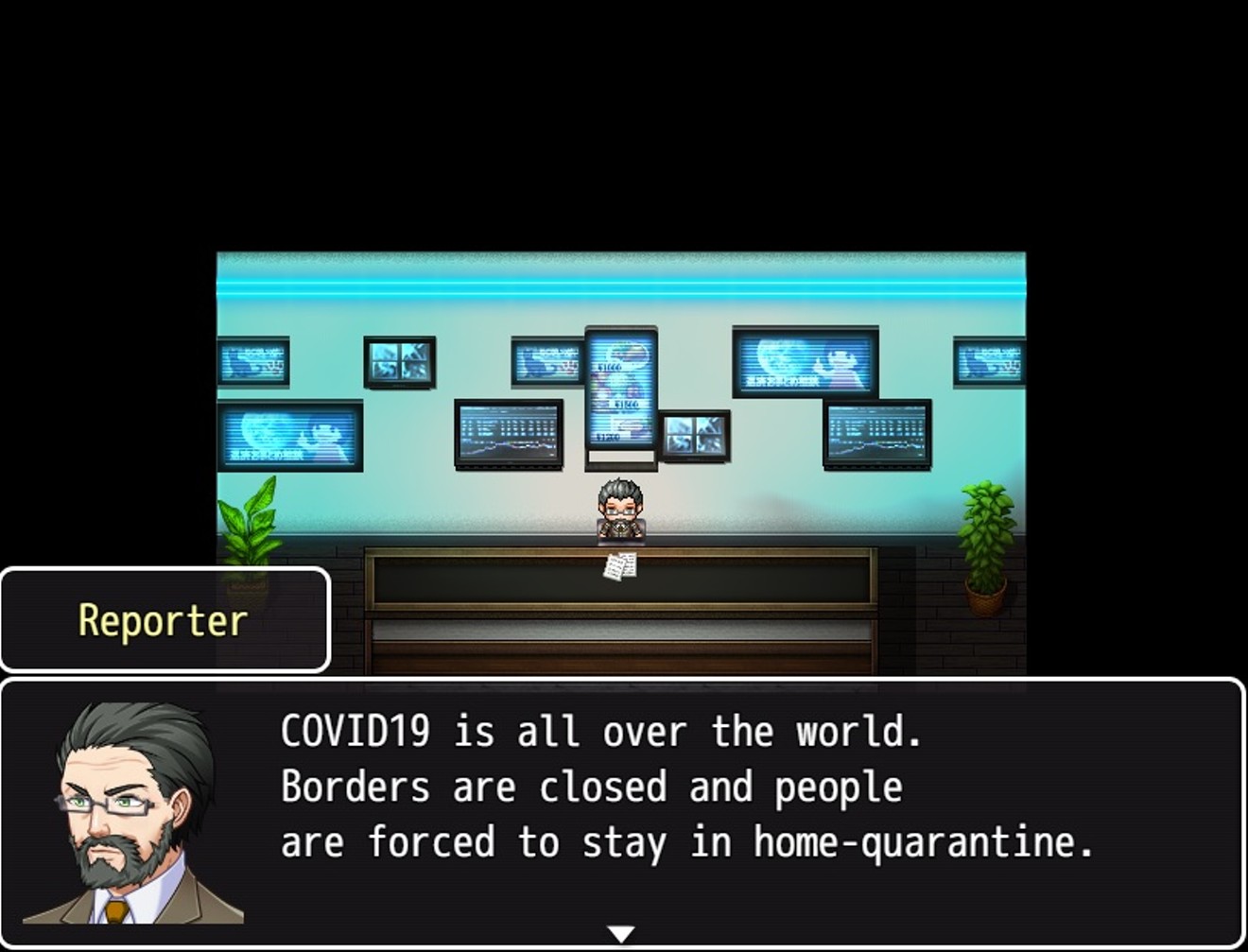 This game begins with sweet bat/rat lovemaking. Screencap from Covid Tale: Ignorance
One of the great things about the massive indie game scene is that it’s possible to get video games based on real-world events as they are happening. Granted, these are often as cheap and quick as a punk song, but it’s still rather remarkable that a medium with a famously long turnaround time on product is able to react so fast.

It probably doesn’t hurt that the majority of these games are made by one or two people, who are likely stuck at home like the rest of us right now with nothing to do.

Some of the coronavirus game offerings come in DLC format, such as the Ninja Turdle patch. Ninja Turdle is the story of sentient, martial arts-proficient poop particles that take it upon themselves to protect the body of their host, Steve, a man who makes very poor choices about what he allows inside his body. A Metroidvania game with fast-paced side-scroller action and walls of bullet-sponge enemies, it’s gotten an upgrade where the enemies are replaced with various mutations of the coronavirus. It’s scatological, but actually somewhat fun to play if rather difficult.

In another direction is Covid Tale: Ignorance. It’s cobbled together with various pre-made game assets, so adjust your expectations accordingly. That said, it’s not a bad reproduction of the general official response to the spread of the virus. Gameplay is fairly simple, with most levels being matching games or variations on Pac-Man that are supposed to represent quests for the truth. The humor is… juvenile. You get the impression that developer BDayGame.com has watched a lot of South Park and regurgitated the idea that you can only do political humor if you balance it equally among all sides. All that aside it’s sort of refreshing to navigate the pandemic with a sense of control. It’s also free, so what can you complain about?

Not as much control as Be Coronavirus give you, though. In the vein of Plague, Inc. This is a real-time strategy game where you try and pit the coronavirus against other infections for supremacy. It’s got janky controls, a baffling interface, and ugly graphics. Strangely, though, it’s also soothing as hell. There’s something very calming about the soft soundtrack as you patiently hit the pass time button to get enough mutation points to spread your disease further thanks to the plague badger or other upgrades. Nihilism in games is rarely worthwhile, but here it sort of fits with the mood of whiling away the days watching the body count rise and not knowing what to do. I recommend putting a timer on and not playing too long.

One game that is not out yet but that I am kind of interested in playing is Quarantine Simulator, due out later this month. This one is a bit more hopeful, as it has your character navigating day-to-day-tasks to stay alive while also practicing social distancing. You lose the game if you touch your face, for example, or forget to wash your hands. And yes, there are toilet paper jokes when you go to the store. I like the idea of this game because of a lot of maintaining sanity right now is treating regular life as full of basic stats that need attending to remain healthy. Contextualizing it in a video game can help. At least, it couldn’t hurt, and what else are you going to do with your time right now?
KEEP THE HOUSTON PRESS FREE... Since we started the Houston Press, it has been defined as the free, independent voice of Houston, and we'd like to keep it that way. With local media under siege, it's more important than ever for us to rally support behind funding our local journalism. You can help by participating in our "I Support" program, allowing us to keep offering readers access to our incisive coverage of local news, food and culture with no paywalls.
Make a one-time donation today for as little as $1.