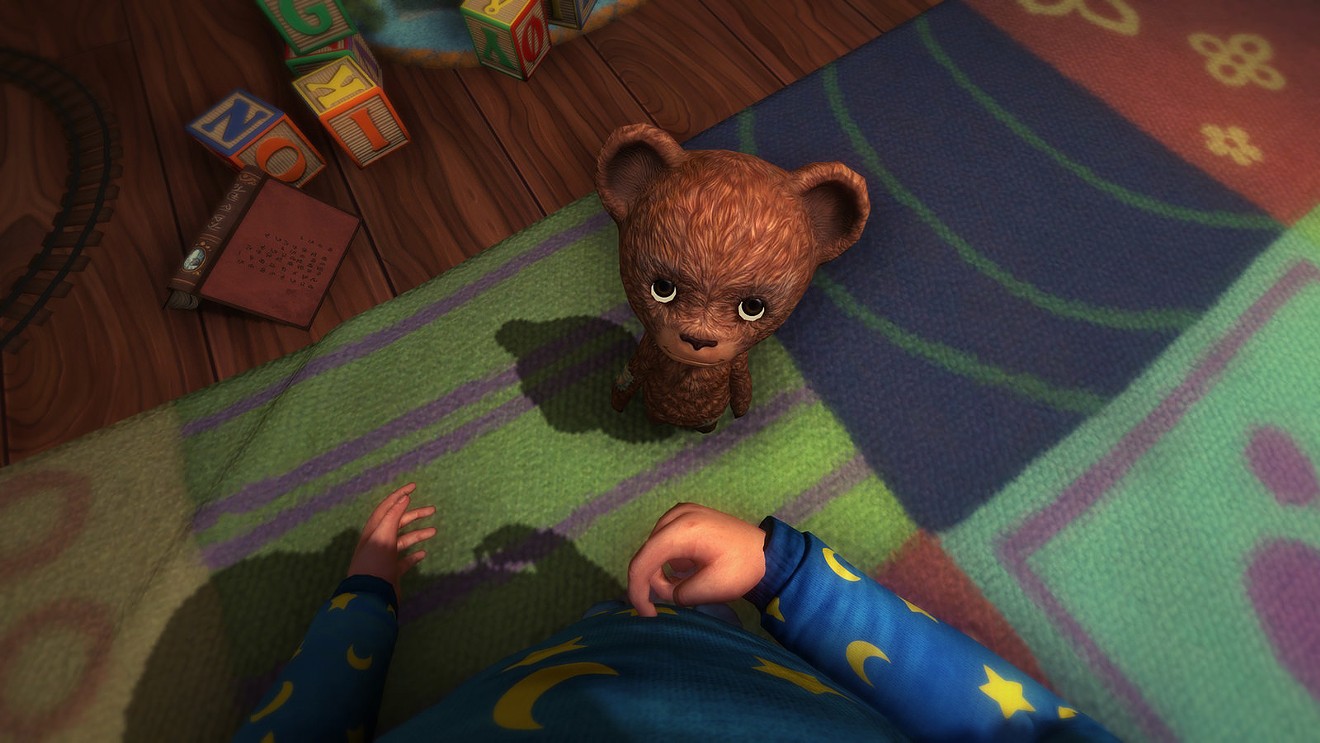 Teddy guides you on your journey Screencap from Among the Sleep


I like to haunt the deals and PS Plus free games sections of the Playstation Store. It’s through these that over the years I’ve amassed what I call my sad inner child collection. They’ve come to mean a lot to me, especially as I’ve navigated a lot of therapy over the last year. Often these sorts of titles get shoved off to the side as “casual” or “indie,” but in terms of interactive storytelling they’ve meant as much to me anything The Last of Us or Tomb Raider offered. Maybe even more, as I’ve come to appreciate their rough edges like a horror fan appreciates the dimness on a VHS copy of a cult classic.

So today, I’m going to put out a recommendation of some titles that I feel speak to a hurting inner child part of a gamer. All of these are available in the Playstation 3 or 4 store.

Warning: Spoilers for all these games ahead.

This is my favorite of the titles in this category. Among the Sleep is the nighttime adventure of a two-year-old and his teddy bear through a strange dreamscape based on his house. The primary antagonist is a hellish, tree-like version of his mother that is a representation of her in the throes of alcoholism, though there is also a monster based on a frightening coat in the closet.

It’s an incredibly poignant game about how parents suffering from substance abuse disorder (SUD) can appear to their children. The boy journeys mostly through various exaggerated forms of domestic neglect rather than abuse, albeit portrayed very nightmarishly. The ending is particularly sad, as the player is given the option to comfort or ignore the distraught and apologetic mother as she languishes in the kitchen sobbing. It’s a sad title that offers little hope despite its final scene, but play does boost a sense of resolve and desire to face the people we love when they frighten us. For older players, it’s also a chance to turn the lens of a disease back upon themselves in a safe environment. Monroe visits many incomplete kingdoms
Screencap from The Unfinished Swan

One of the first games I ever professionally reviewed, The Unfinished Swan is about loss. Orphaned after his mother dies, Monroe can take only one of her many paintings with him into foster care. He chooses an incomplete portrait of a swan, and the bird leads him through a strange land painted by an absent king.

The loss of a parent, or possibly both, is the main driving emotional beat in the game. Monroe literally creates objects out of the nothingness left behind by his mother’s death, and brings a finished order to the strange creations of the king where before there was so much left undone. In the end, Monroe moves from denial to acceptance, finding strength in the ability to finish his life without the people who began it. 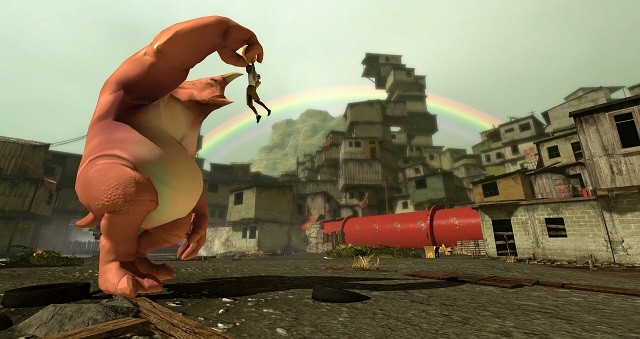 The monster
Screencap from Papo & Yo

Even more brutal than Among the Sleep is Papo & Yo. Designer Vander Caballero opens the puzzler with a dedication to his family that survived the monster he considered his alcoholic father. The game follows Quico, who escapes a closet to explore a world where the dilapidated architecture of his town can be rewritten. Along the way he must guide a monster who grows violent when he consumes frogs.

Where Among the Sleep was largely about accepting a parent with SUD, Papo & Yo is about letting them go. The climax is literally that, with Quico banishing the representation of his father into a void as the monster slumbers passed out. The final hour of play is a gut-wrenching one, with all illusions and symbols shattered as Quico makes the decision to be done with what has caused him so much pain. It’s a hard play, but a beautiful one. 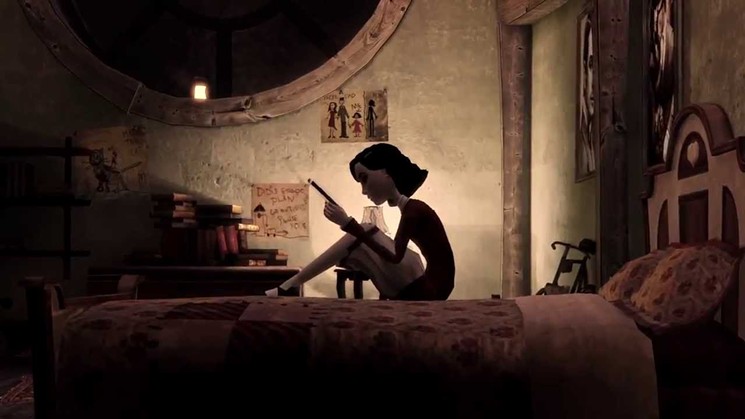 Didi dreams of healing her family
Screencap from Contrast

Contrast is the only game on this list where the player character is not a child, though young Didi is a primary character. Set in a fractured version of a French city, Dawn and Didi use a strange shadow world to help Didi’s absentee father put together a scheme meant to reunite the family.

Unlike the Unfinished Swan, Didi’s parents are alive. However, struggles with money and bad decisions have ripped the family into pieces. Didi’s earnest quest to heal them through Dawn’s powers is a powerful one, reinforcing ideas about family and the power of trust in the face of great hardship. Didi comes to face many unpleasant truths in her journey, but her determination to do what she feels is right makes the game wonderfully hopeful.

The train is more than it appears
Screencap from Blackwood Crossing

I would argue no adventure game has ever used small spaces like Blackwood Crossing. Scarlet and her little brother Finn are traveling to an unknown destination on a train when mysterious and sometimes sinister events begin happening. Scarlet follows her brother through impossible spaces that turn darker as the truth gets revealed.

Finn has been dead throughout the game, possibly in a fire he set burning the siblings’ art supplies after Scarlet began spending time with a boy. The train is both a metaphor for her guilt and perhaps an actual limbo allowing Finn to move on with his own hurt left over from the death of their parents. Scarlet is every teenager that had to grow up too quickly in the face of family tragedy. Where Didi harnesses phantasmagoria to undo damage, all Scarlet can do is use the memories and fantasies her brother and she created to move on. The emotions of the game are messy and raw, much like life, and that makes it all the more wonderful to experience.

The fact that gaming has progressed to the point we can use it to tell these kinds of stories makes me incredibly glad. Sometimes we need the control that a great adventure can give us, but sometimes we also need a chance to interact with deeper emotions. I sincerely hope to see more.
KEEP THE HOUSTON PRESS FREE... Since we started the Houston Press, it has been defined as the free, independent voice of Houston, and we'd like to keep it that way. With local media under siege, it's more important than ever for us to rally support behind funding our local journalism. You can help by participating in our "I Support" program, allowing us to keep offering readers access to our incisive coverage of local news, food and culture with no paywalls.
Make a one-time donation today for as little as $1.