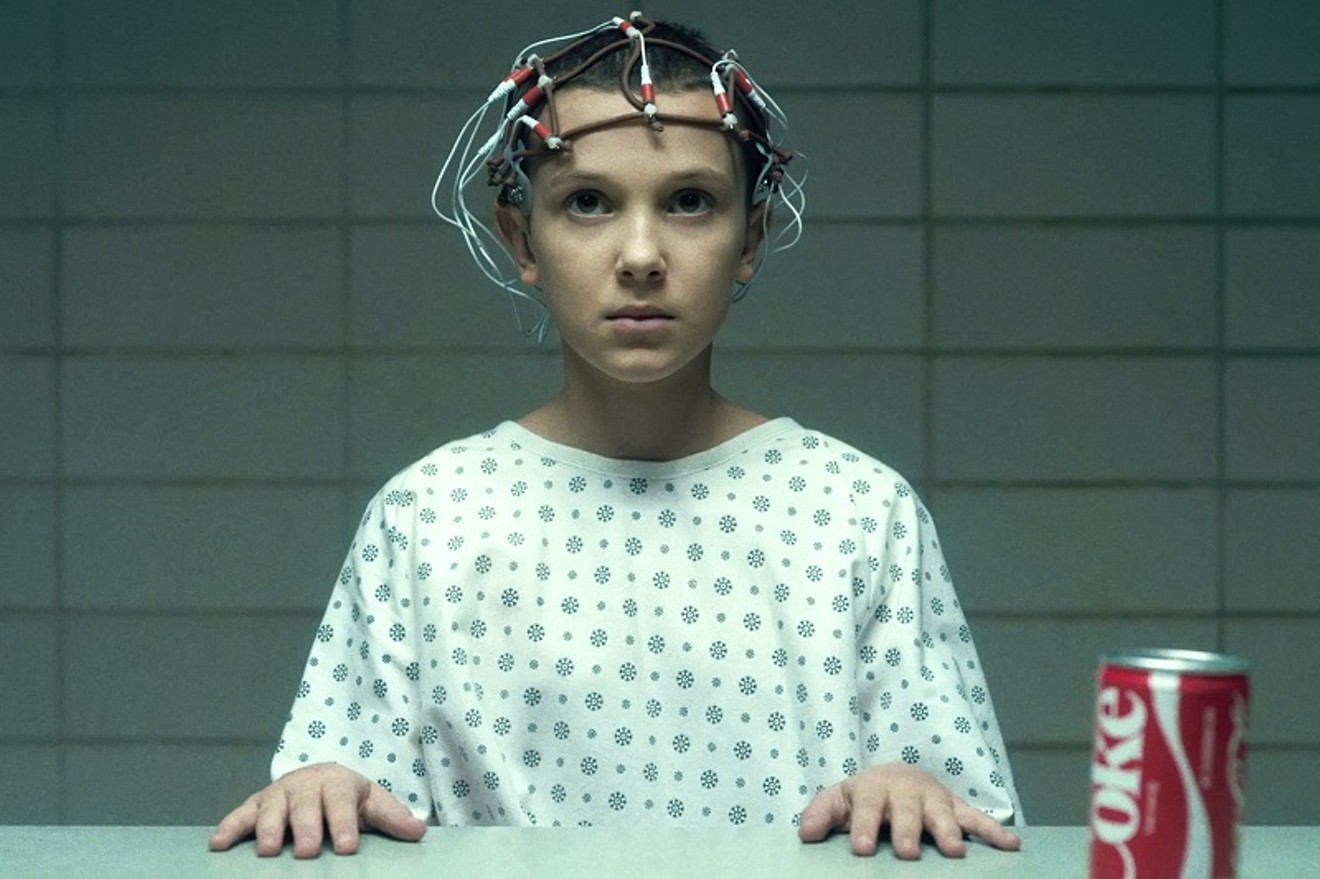 All this so a few dudes could make more money selling bananas... Screencap from Stranger Things Season 4 trailer.
I recently decided that the Kid With One F was old enough to watch Netflix’s Stranger Things. This may or may not have been because I wanted to do a rewatch before the season premiere next month and it was a good way to claim the living room television without a fight. Good parenting and outright trickery are often the same thing.

We just finished Season 2, which included the revelations about how Eleven got her powers from unethical scientific experimentation. Casually, I mentioned that this was also the plot of Stephen King’s Firestarter.

“What’s Firestarter?” they asked, and that’s when things got dense.

See, you can’t really explain Firestarter without knowing about MKUltra. So, I had to tell the kid about how the CIA spent decades after the second World War trying to use drugs like LSD as well as sensory deprivation to find a perfect method of brainwashing, interrogation, and mind control. These were carried out on unwilling subjects and yielded very little in the way of scientific advancement. In 1977, a Freedom of Information request uncovered a trove of documents about the program that made national news and would inspire King to iterate on the idea for his novel.

This led to a discussion about how the CIA got away with this sort of nonsense, so now we have to talk about the United States’ incredible overreaction to the communism. As the nuclear arms race ramped up and popular figures like Phyliss Schlafly started advocating total nuclear annihilation of the Soviet Union as God’s will, the country lost its goddamn mind. Any time a country tried to form a leftist government, particularly in South and Latin America, the CIA would lead a charge to destabilize the region and install someone who would be more sympathetic to American businesses plundering resources cheaply. The United States personally trained a legion of right-wing dictators for decades, backing violent men who spit on democracy so that a handful of rich dudes wouldn’t have to pay a fair price for fruit and other commodities.

Since all of the war we were waging was by proxy, the CIA basically got a blank check and little oversight to do whatever the heck they wanted. Moneyed interests in America were so afraid of worker rights and fair trade, that they were willing to spend millions on mad science to keep them as far away from the country as possible. Meanwhile, the CIA toppled any leftist government they could to prove that communism and socialism “don’t work.” We see the effects to this day. Many refugees at the southern border are from countries we helped ruin.

By then we’d moved on to the episode where Eleven meets her sister in the streets of Chicago. So, the kid asked me why so many of the homeless people in the episode were clearly suffering from mental illness.

Now we’re talking about Ronald Reagan and how he brought a whole new dimension to the anti-communist madness by cutting social programs. These famously included the loss of much of America’s mental and behavioral health infrastructure when Reagan happily buried the Mental Health Systems Act. This was on top of the ongoing gutting of workers’ rights and unions under the Great Communicator, which meant that a lot of people fell through the cracks and couldn’t get or afford treatment. Reagan gave us the myth of the welfare queen, a racist stand-in for the idea that socialist welfare states bread only greed and laziness.

We’re near the end of Season 3, and the question I just got asked was “Why are the Russians trying to open the gate to the upside down knowing that it is full of demons?”

I said, “Because the Americans did and maybe it will be a weapon to fight back. And the Americans did it first because they wanted a weapon to destroy the communists, and the government was literally handing out infinite money for that goal. Everyone made the problem into an existential threat where the only way to survive was if the other ceased to exist, and it’s very hard to pull back from that even when demodogs are eating your face. On our side, the whole thing really did boil down to wealth addicts protecting their stash. That’s honestly how most of the evil happens.