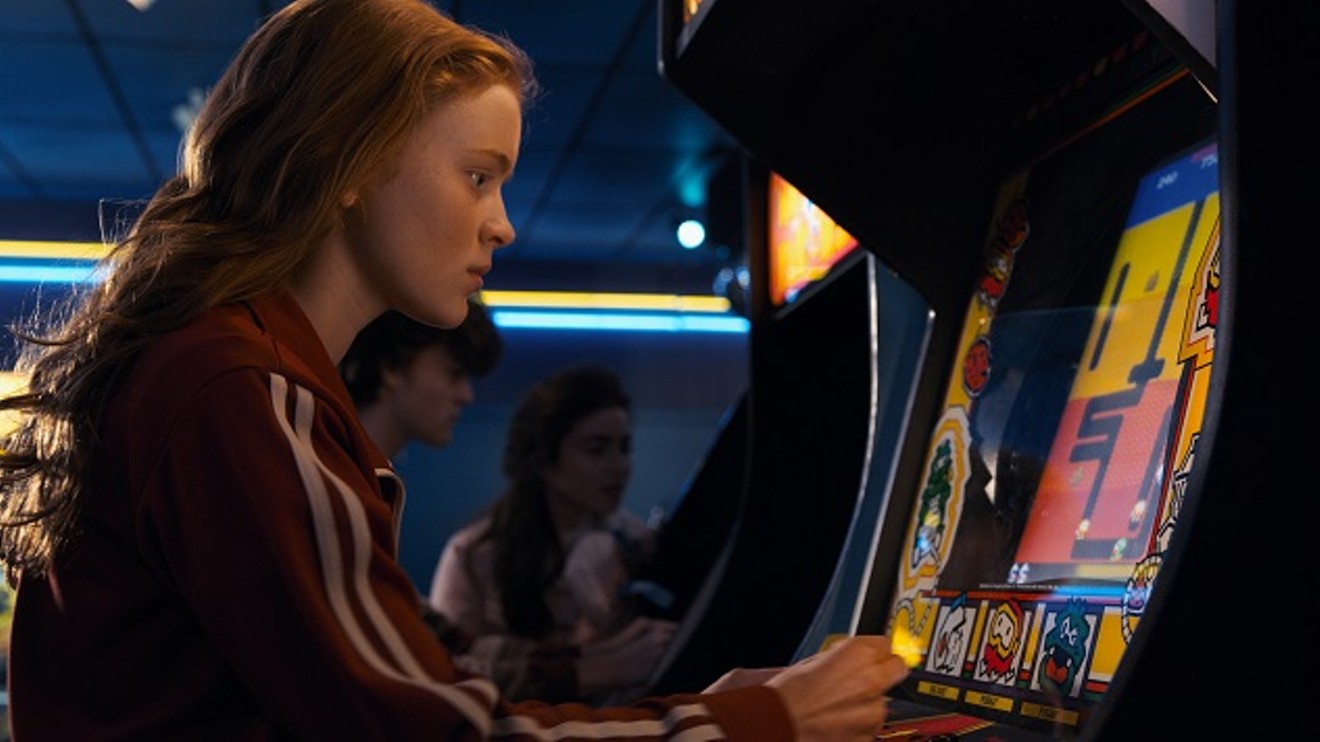 With the third season of the hit Netflix horror series Stranger Things all wrapped up and things primed for another season of nostalgia-driven unease, it’s time to dissect the show as if we were scientists with little regard for the possible outcomes of our actions. Stranger Things is well known for its callbacks to classic films and television shows. One of the standouts occurrences this past season was the raucous singalong to the theme from The Neverending Story that’s been stuck in my head for a week.

But the Duffer Brothers don’t draw just on old movies for their inspiration. Video games are clearly an important part of the muse. The most obvious reference throughout the series has been the classic Konami franchise Silent Hill. In both Strangers Things and the games, towns have shadow worlds that mirror the architecture of the real one and are inhabited by incomprehensible monsters with strange heads.

Ross Duffer has come out before and admitted the connection. He told Chris Tilly of IGN:

“Silent Hill is the one most people have picked up on. Because that's the least subtle one with the look of the Upside Down and with all the fog and the forest dripping. Obviously we were really looking at that game for visualizing this other world, so that's a big one.”

“The Last of Us. I love that game and the storytelling in that game and a lot of the imagery. We're huge, huge fans of the Dark Souls games, and there's something about when you're playing Dark Souls - immediately when you're in that world, it was to do with the imagery, it has to do with the sound design, and you're just immediately very uncomfortable and on edge. We wanted you to feel that way when you're in the Upside Down. There's a lot of different influences, and some of them I'm probably not even aware of. I just know that we do play and have always played a lot of video games so I feel like there is a lot of that seeped into the show.”

Watching Season 3, there were three games that I felt stood out as obvious references. The first was Parasite Eve, a classic PS1-era RPG based on the novel by Hideaki Sena. Rats play a big part in the early game, including a mutation scene where they turn into monsters not unlike the thralls of the Mind Flayer. Here, take a look, and notice in particular the flower-like adaptation of the tail.


That scene from the game looks very similar to the events that happen in Mrs. Driscoll’s basement. Or to this one where the begin exploding to build the physical form of the Mind Flayer.


Another influence is probably the original Resident Evil 2 from the same gaming era. In that game, the player is chased by William Birkin, a scientist who has injected himself with a rapidly mutating virus to stave off death (that virus is later spread throughout Raccoon City by, you guessed it, rats). As Birkin’s body changes, he achieves multi-armed form like the Mind Flayer, and he ultimately devolves into a pile of sentient but vicious bio-goo that pursues the player to the finale. You can see the various mutations in this video, especially the blob form that looks very similar to the Hospital Monster.


The last game I think deserves mention is Beyond: Two Souls. I said this before after Season 1, but it’s gotten even more obvious this season. Eleven and Jodie Holmes are remarkably similar. They both have bizarre telekinetic powers that connect them to alternate worlds, both their mothers became catatonic cases after medical experimentation, they both have paternal relationships with the scientists using them, and both end up fighting foreign powers attempting to open gates to dimensions with monsters (In B:TS it’s a fictional country called Kazirstan, implied to be a former Soviet state like Turkmenistan).

One scene was almost lifted entirely from the game this season. Near the end of the season, Eleven walks through the Void Space looking at Billy Hargrove’s memories after he has been possessed by the Mind Flayer. At first the scene is a normal beach scene, but as Eleven advances the sky turns a hellish red and she is surrounded by flashes of other, more upsetting memories. Over it all looms a black shadow vomiting tendrils around her.


Now, watch this scene from Beyond: Two Souls (I’ve cut to the pertinent bit)


I think it’s wonderful that Stranger Things draws so heavily from video game influences. The true mark of an artistic medium’s legitimacy is how much other art it inspires in turn. Creators who grew up on stuff like Silent Hill are now helming major pop culture phenomena. I can’t wait to see what hits from the old game vault show up in Season 4.
KEEP THE HOUSTON PRESS FREE... Since we started the Houston Press, it has been defined as the free, independent voice of Houston, and we'd like to keep it that way. With local media under siege, it's more important than ever for us to rally support behind funding our local journalism. You can help by participating in our "I Support" program, allowing us to keep offering readers access to our incisive coverage of local news, food and culture with no paywalls.
Make a one-time donation today for as little as $1.