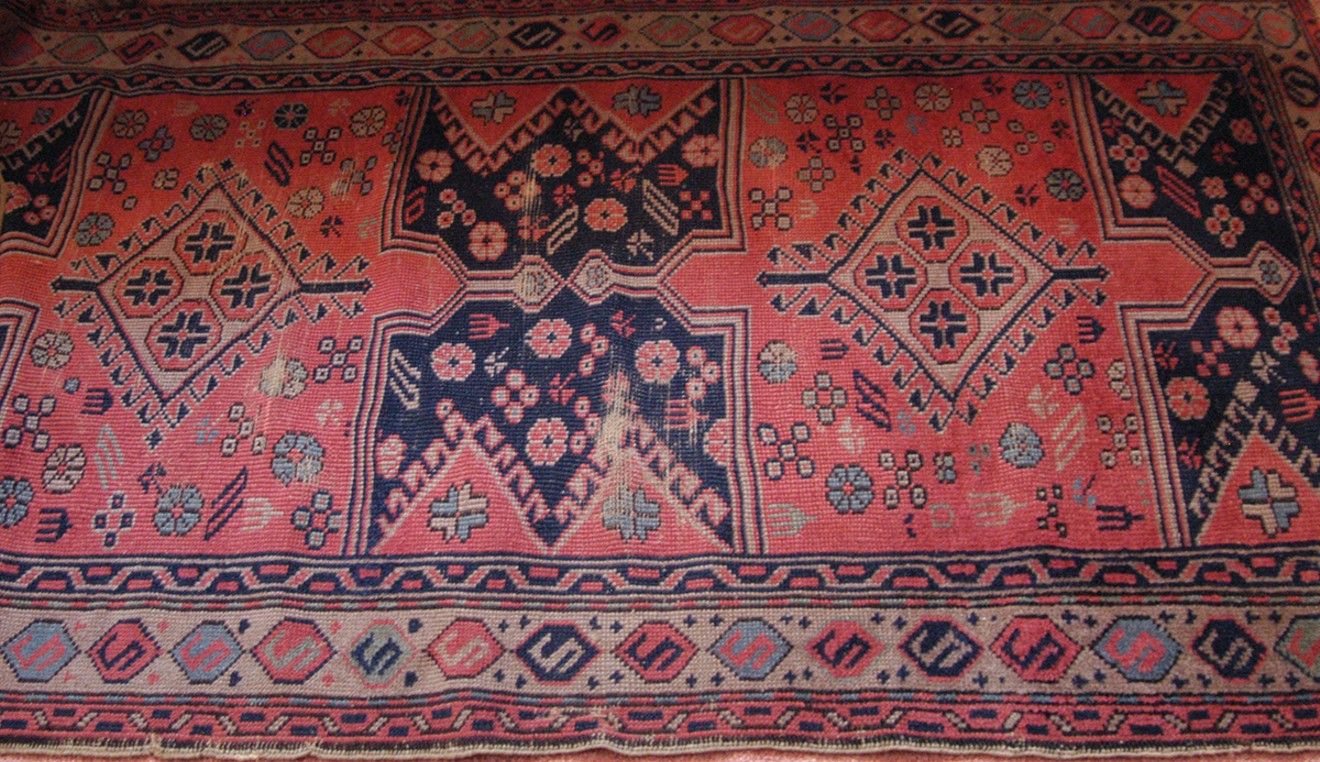 Why did I give an expensive Oriental rug to Goodwill? Photo by Susie Tommaney
My local thrift store became overwhelmed with donations earlier this year, so much so that they had to close one extra day a week just to process and catch up. Netflix was streaming Tidying Up with Marie Kondo and apparently we were all following the KonMari Method™ of clearing out clutter, though Kondo's folding techniques do seem not worth the effort.

But the Swedes got there first with their concept of döstädning, the process of slowly decluttering so that your death isn't a burden for those you leave behind.

As a three-time winner of "being left behind" with a messy estate to clean up, I've become a huge advocate of Swedish death cleaning. Last week I touched on how I found a way to deal with throwing away my father's big dream — an expensive invention with no market — and finding salvation through the Salvation Army.
We're a few weeks away from antique season in the country, when tents pop up along the antiques corridor and there's no shortage of rusted, upcycled, vintage and estate objects ready for the pickin'. Everybody dreams of living and working in Round Top, but the rustic little town wasn't always such a commercial hotspot.

Decades ago our mom had an antique store there; her husband served as mayor earning $1 a year and it was a quiet life interrupted by the twice a year Antiques Week. During the offseason, it wouldn't be uncommon for her daily sales to total 75 cents but, that was OK, as this was her dream and she was living it. In the down time she would paint furniture — there was that whole Pepto-Bismol pink stage — and paint portraits.

She eventually moved back to Houston and, when she died six years ago, there was still a sizable inventory left over from her venture. I photographed the largest objects and categorized by type — armoires, side tables, sofas, rugs, silver, china — and took that catalogue to MAI Memorial Antiques & Interiors. No interest.

Then I went to a local consignment shop to see if there was a want/need. Nope, strike two. Intellectually I knew that I could derive some value from the ephemera by shopping it on eBay, or finding niche markets, but all of that would take a lot of time for not much reward and I would have then realized every woman's biggest fear: I would finally have turned into my mother.


"I would finally have turned into my mother."


So the largest objects and furnishings went to Goodwill, and that's how our family contributed to that great mythology: people who have struck paydirt shopping at a thrift store. News stories abound about that 1959 LaCoultre watch valued at $35,000, the Ilya Bolotowsky painting that sold at auction for $34,375, or wads of cash tucked into a coat pocket.

It's only recently that I found the 1978 appraisal for some of those Oriental rugs: One Shirvan rug, $6,000; one Kandahar rug, $800; and one Sarouk rug (faded), $900. I just hope that whoever found these treasures was able to understand their significance and worth.

The more fragile boxes of silver, china and glassware I've been able to offload by donating them to small antique dealers in the country. My favorite story is walking into a small shop with a box of stuff. My inside voice was saying, "Please take this, please take this." The dealer examined each object, carefully wrapped in decades-old newspaper, and eventually looked up to say, "How much do you want for this?"

Mom also was an outsider artist, painting fantastical portraits that, individually, were "interesting." Though displayed as a group of 50 in her hallway, caused all of us to apologize when our friends came over. We named the area "The Hall of Horrors." 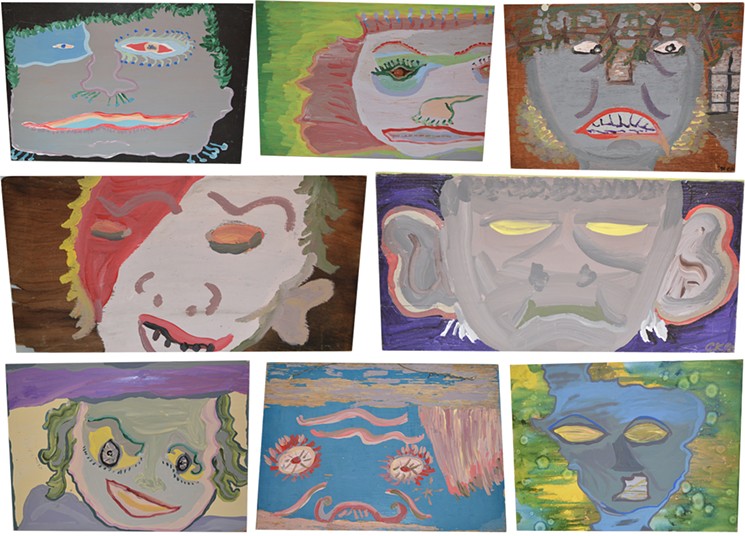 Individually interesting, but collectively a bit frightening.
Photos by Susie Tommaney
It was always her dream to have an art show and I made good on that promise by mounting an informal exhibition at her funeral and then donating those paintings to the Unitarian Church as a gift. The Hall of Horrors lives on, courtesy of Pinterest.

Next week, scripts in search of a stage.
KEEP THE HOUSTON PRESS FREE... Since we started the Houston Press, it has been defined as the free, independent voice of Houston, and we'd like to keep it that way. With local media under siege, it's more important than ever for us to rally support behind funding our local journalism. You can help by participating in our "I Support" program, allowing us to keep offering readers access to our incisive coverage of local news, food and culture with no paywalls.
Make a one-time donation today for as little as $1.