The Snubs, Flubs, and Hubbubs Of The 2022 Oscar Nominations 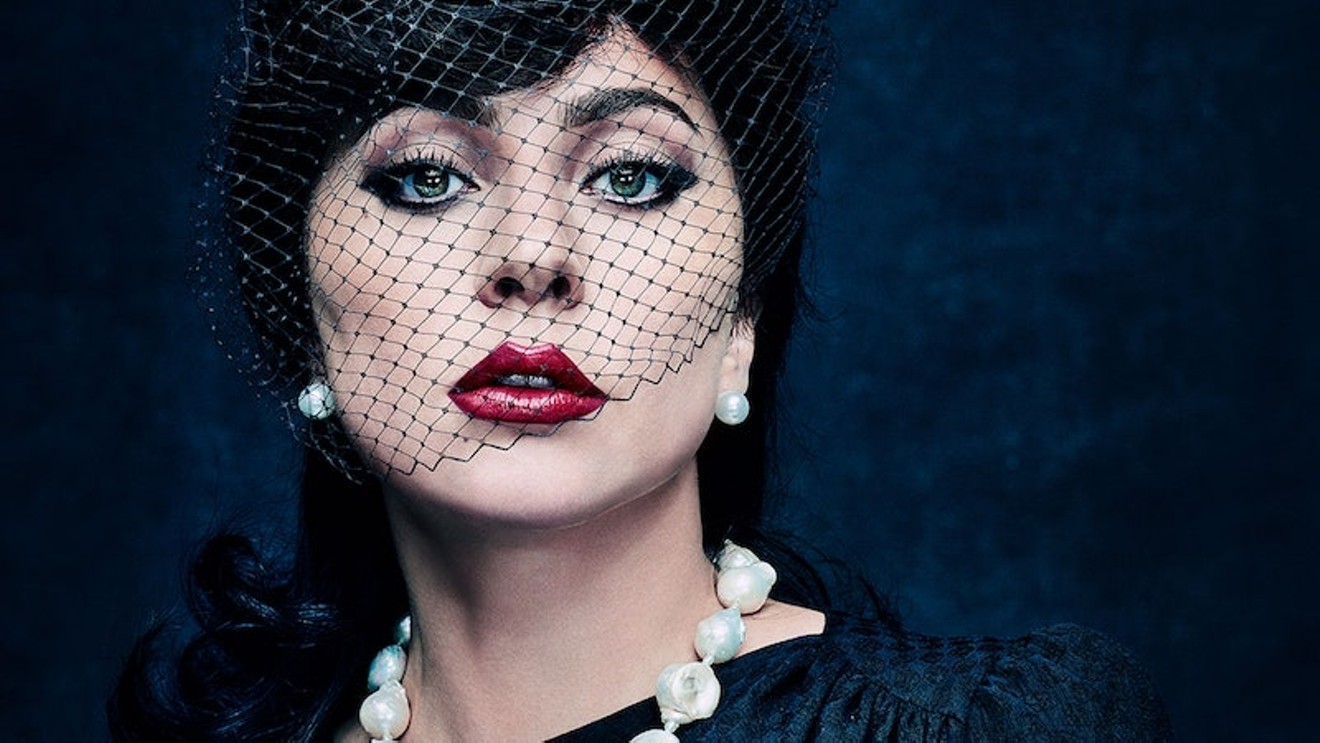 Oscar wasn't Gaga for Gucci, apparently. Universal Pictures
To paraphrase the motto of the U.S Postal Service, neither pandemic nor Disney nor anemic box office attendance will stay the Academy of Motion Picture Arts and Sciences from its appointed rounds of trying to make you care about the Oscars.

The nominations for the 94th Oscars were announced earlier this week, with all the expected front-runners (The Power of the Dog continues its rampage), surprises (Best Picture nod for Dune, but no Best Director for Denis Villeneuve), not-so surprises (did you really think Spider-Man: No Way Home would snag a Best Picture nom?), and snubs (Lady Gaga ... I guess?).

There will be no lack of speculation and prediction between now and when the Academy Awards air (March 27), so let's get to it.
Biggest Middle Finger To The BAFTAS: Kristen Stewart for Spencer
The award punditocracy's insistence that the lack of a BAFTA nomination for Stewart all but doomed her Oscar chances was bewildering, assuming you remembered what the "B" in BAFTA stands for.

Notable Snub That Really Wasn't: Lady Gaga
I admit, I was out of town when the nominations were announced and have been playing catch-up on the reactions, but ... people really thought Lady Gaga was *good* in House of Gucci? It wouldn't have been out of place if Ridley Scott included a mid-credits scene of Patrizia in handcuffs, looking at the camera and exclaiming, "Mamma mia! That's a spicy meatball!"

Biggest Actual Snub: Renate Reinsve
It was nice that The Worst Person in the World got recognized for Best International Feature, but that doesn't happen without Reinsve. Instead, the Academy trots out Nicole Kidman (see below) for a gimmicky, throwaway performance.

Most Nominations For A Movie That Mostly Didn't Deserve Them: Belfast
Kenneth Branagh's cloying ode to his childhood snagged seven noms, two for Branagh himself (Director and Original Screenplay), and might as well have had "Oscar bait" stamped on the cans delivered to the theater. Shot in black-and-white and offering a feel-good perspective on a tragic period, it will probably clean up on March 27th.

And nothing for Catrione Balfe, one of the only reasons to watch.

Most Nominations From People Who Probably Didn't See The Movie: Being the Ricardos
"Sorkinesque" has finally become the universally recognized derogatory epithet some of us have been using since The Newsroom. Kidman and Bardem are fine actors, but at no point during this are they remotely reminiscent of that actual Ball and Arnaz.

Second Biggest Actual Snub: The Last Duel
You want a Ridley Scott movie that actually got hosed by the Academy? Here it is. Admittedly, you may not want to acknowledge Ben Affleck for channeling a French version of his twenty-something self, but Jodie Comer makes Lady Gaga look like Pia Zadora.

Biggest "F-U" To Movie Critics: Don't Look Up
You gotta hand it to Adam McKay for attempting to reverse the downward trend that started with Vice by positioning himself as victim, turning negative reviews of this ham-handed "comedy" into an attack on climate awareness itself. Apparently it was so effective that even the Academy bought it.

Most Stacked Categories: Supporting Actor and Actress
It's telling when previous Oscar winners J.K. Simmons (Whiplash) and Judi Dench (Shakespeare in Love) are the long shots for their respective nominations (fingers crossed for Troy Kotsur and Jessie Buckley).

Biggest Consolation Prize: No Way Home's $1.7B Worldwide Gross
To literally no one but MCU nerds' surprise, Spider-Man: No Way Home didn't get nominated for Best Picture. It'll just have to content itself with a Best Visual Effects nomination.

Oh, and being the 6th highest grossing movie of all time.

Overlooked Nomination You Can't Really Be Mad About Because The Eventual Winner Is Just That Good: Procession
Shitty as it sounds, and it might just be Catholic Church abuse fatigue — hell, retired Pope Benedict XVI asked forgiveness in what I assume is a last ditch attempt to stave off the fires of hell — but Procession was the biggest overlooked Best Documentary nomination that would've inevitably lost to Summer of Soul.
KEEP THE HOUSTON PRESS FREE... Since we started the Houston Press, it has been defined as the free, independent voice of Houston, and we'd like to keep it that way. With local media under siege, it's more important than ever for us to rally support behind funding our local journalism. You can help by participating in our "I Support" program, allowing us to keep offering readers access to our incisive coverage of local news, food and culture with no paywalls.
Make a one-time donation today for as little as $1.