The Houston Symphony returns to Miller Outdoor Theatre for a summer night of music. Photo by Kennon Evett
Summer is officially here, which means it’s time to save for those sundry purchases you didn’t factor into your vacation budget. Luckily, you don’t have to stay in to save this week. From a catty art show to some anime, a symphony under the stars to some rockabilly on the green, there are still plenty of things to do in Houston that won’t break your soon-to-be broken bank in advance. Keep reading for ten of our favorite events that won't cost you more than $10 — and nine of them are free! Check out the Houston Press calendar for even more things to do.

Olga Campos Benz used her newsroom experience to write her debut novel, It’s News to Me.
Photo courtesy of Olga Campos Benz
It’s News to Me book signing
Casa Ramirez Folk Art Gallery
6:30 p.m. Thursday, free
Houston native Olga Campos Benz has taken her 30-plus years of newsroom experience and written a book, her first, that gives audiences a little peek behind the curtain of the five o'clock news. The protagonist of It’s News to Me, Marissa Cavelo, is a news anchor in Austin unwillingly specializing in puff pieces. On a hunt for stories that will raise her profile and make her superiors take her seriously, Marissa stumbles upon a scandal, complete with criminals willing to do just about anything to keep her quiet. A strained relationship with her twin sister and a romantic interest in her photographer compound Marissa’s troubles in this ultimately humorous, thoroughly modern and Latin-flavored work of fiction.

Action adventure plays on the Square at Memorial City.
Photo courtesy of MetroNational
Raiders of the Lost Ark
The Square at Memorial City
7 p.m. Thursday, free
’Tis the season for summer blockbusters and, yes, this is the one with the rolling boulder. Raiders of the Lost Ark kicked off a franchise in 1981 — Harrison Ford's second most famous franchise, that is — starring everyone's favorite archaeologist, Indiana Jones, in an action-adventure that stands the test of time. In this Steven Spielberg-directed film, Indy, in a race against the Nazis, is on the hunt for the Ark of the Covenant. Roger Ebert said the film “plays like an anthology of the best parts from all the Saturday matinee serials ever made” and is simply “just plain fun.” Since the next Indiana Jones film won't be out until 2020, this screening may be the only thing to tide you over until then. 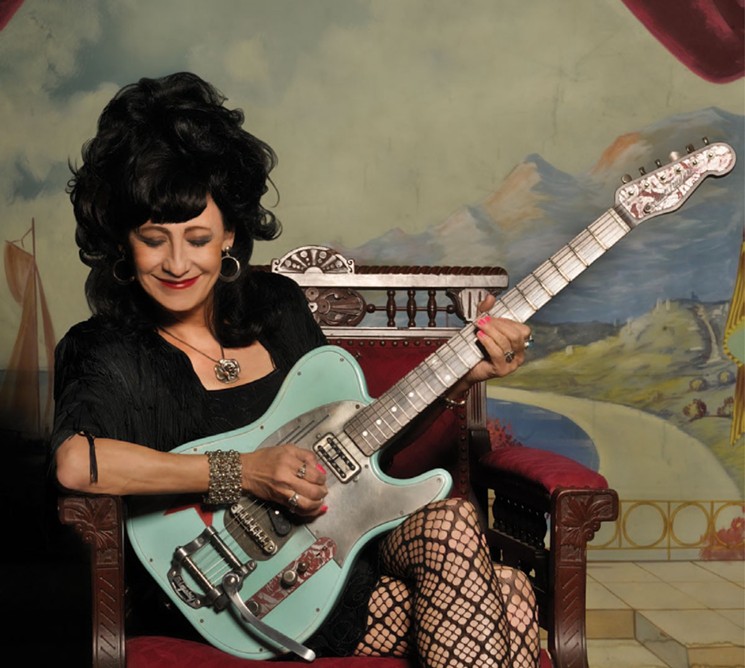 Rosie Flores takes the stage at the second to last UHD/Discovery Green Thursday concert.
Photo courtesy of Discovery Green
Rosie Flores with Sparky Parker
Discovery Green
7:30 p.m. Thursday, free
“The Rockabilly Filly,” Rosie Flores, brings her punk-born, alt-country sound to Discovery Green for the penultimate entry in the UHD/Discovery Green Thursday Concerts series. With a dozen albums and a constant touring schedule, the San Antonio-born Flores has become a Texas stage mainstay since releasing her first album in 1987. The elder stateswoman, for whom Austin has decreed August 31 “Rosie Flores Day,” still rocks and is just as likely to cover the Sex Pistols as she is to cover Johnny Cash. Joining the Austin Music Hall of Fame inductee on the bill is Sparky Parker, his bluesy guitar and vocals a perfect complement to Flores’s rock-flavored honky-tonk. More than 100 artists contributed work to Texas Art Asylum’s Cat Art Show, including Milo Esquivel.
Photo courtesy of Artist Milo Esquivel
The Cat Art Show
Texas Art Asylum
4 p.m. Saturday, free
If the Internet is to be believed, the one thing we can all agree on is cats. Grumpy cats, keyboard-playing cats, cats plotting world domination, etc. The Cat Art Show, from the catty cat people at Texas Art Asylum, will spend two days celebrating all things feline, with cat-related work from more than 100 local artists. Yes, that includes painted, printed, etched, beaded and sculpted cats, among other media. Boombox Tacos will be present Saturday with good eats, and a portion of the proceeds will benefit Planned Parenthood of Greater Texas. Plan to stop by between 4 and 9 p.m. on Saturday or 1 and 5 p.m. on Sunday. 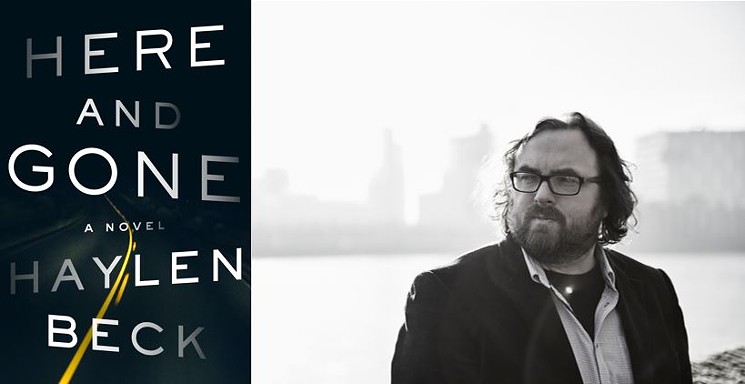 Police corruption in the Arizona desert sends a mother on a desperate search for her children in Haylen Beck’s Here and Gone.
Author photo by Ollie Grove (Cropped)
Here and Gone book signing
Murder By the Book
4:30 p.m. Saturday, free
Here and Gone, the debut novel from Haylen Beck (the pen name of established crime writer Stuart Neville), begins when protagonist Audra Kinney, a woman fleeing from an abusive husband with her two young children in tow, is pulled over for what should be a routine traffic stop in Arizona. But out of nowhere, the local sheriff is bringing drug charges against her, and not only do her children go missing, the sheriff says she never had any children with her at all. Beck’s psychological thriller explores corruption, trafficking and a parent’s desperation, and it’s already drawing comparisons to the work of authors like Harlan Coben. It’s also the first time the Northern Irish author has set one of his books in the States.