Broadway At The Hobby Announces its 2018-19 Season

We're back! Photo by Matthew Murphy
If somehow living in Houston you've missed your chance to see Les Miserables, Miss Saigon, The Phantom of the Opera, Rent or (incredibly) The Book of Mormon, then you are going to love Broadway at the Hobby's upcoming season. Because they're all coming back — albeit in new productions for some of them — and now's your moment.  And it's also good news for people who love seeing these again and again.

Along with these crowd pleasers, Broadway will offer Waitress, inspired by the film of the same name about a humble pie maker who changes her life; Anastasia about the would-be heir to the Russian throne; Disney's Aladdin built on, of course, the movie of the same name ; and The Play That Goes Wrong described as "What would happen if Sherlock Holmes and Monty Python had an illegitimate Broadway baby?"

Broadway at the Hobby today announced its 2018-19 lineup, even tossing in the starting play for the 2019-20 season. That would be Dear Evan Hansen, winner of six 2017 Tony Awards including Best Musical.

Here's what's coming and when:

Talk about being Master of the House!
Photo by Matthew Murphy
LES MISÉRABLES
September 25-30, 2018

This is a new production of the  Tony Award®-winning musical. There's new staging and scenery but the songs remain the same: "I Dreamed a Dream," “On My Own,” “Stars,” “Bring Him Home,” and “One Day More.” Yes, ear wig time. 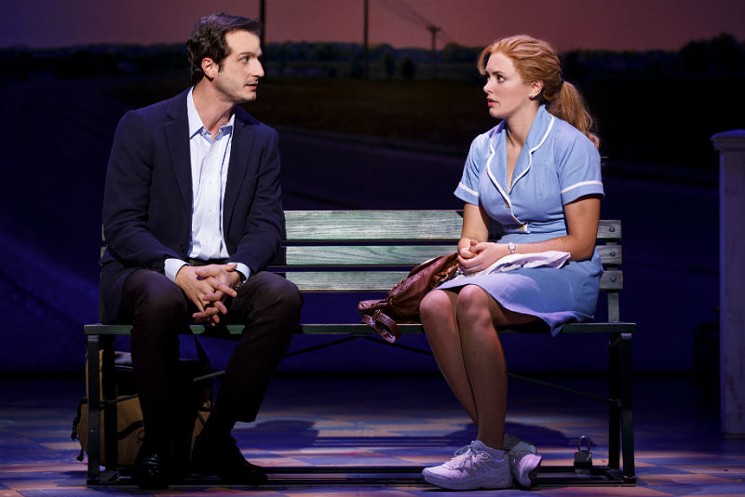 This is the story of Jenna who's in a bad marriage but makes good pie. She has a chance at a fresh start, now with original music and lyrics by six time Grammy® nominee Sara Bareilles (“Brave,” “Love Song”). 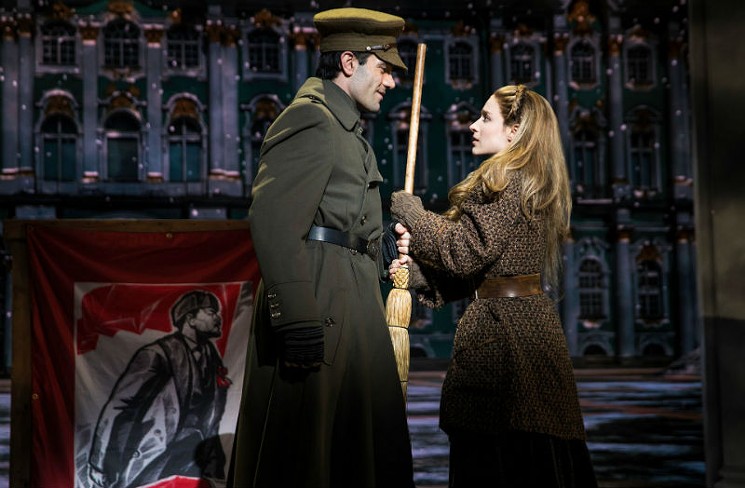 This just in: A scene from the original Broadway cast of Anastasia.
Photo by Matthew Murphy
ANASTASIA
March 5-10, 2019

Set at the end of the Russian empire in the Paris of the 1920s, Anya seeks to find out who she truly is. Along the way she's helped by "a dashing conman and a lovable ex-aristocrat" Playwright Terrence McNally wrote the book. (Updated with photo from the Broadway cast.) 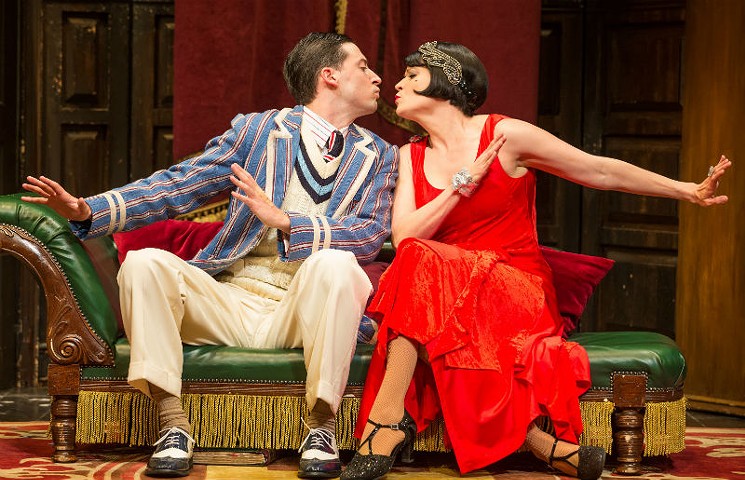 We can hope for good actors playing bad actors in a disastrous play.
Photo by Jeremy Daniel
THE PLAY THAT GOES WRONG
March 26-31, 2019

Okay this one sounds different. According to Broadway at the Hobby "Welcome to opening night of The Murder at Haversham Manor where things are quickly going from bad to utterly disastrous. With an unconscious leading lady, a corpse that can’t play dead, and actors who trip over everything." 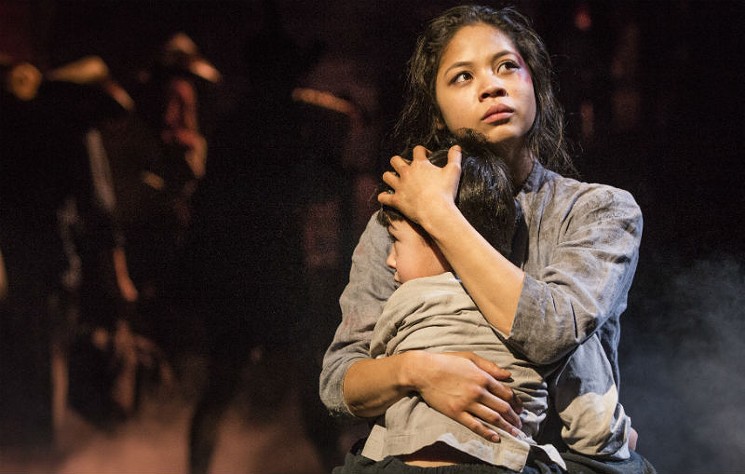 In another new production, the story of Miss Saigon (think Madame Butterfly) unfolds as Kim, age 17, falls in love with an American soldier who leaves after the fall of Saigon. She has his child unbeknownst to him, until they are reunited and further sadness ensues. Memorable songs include "The Heat is On in Saigon,” “The Movie in My Mind.” and “Last Night of the World.” 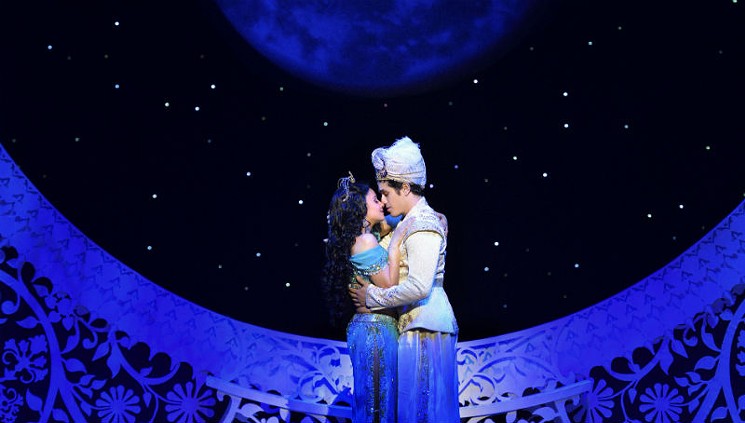 This new production retains songs from the really successful parents have seen it 100 times movie, but adds in
"new music written by Tony Award® and Academy Award®-winner Alan Menken (Newsies) with lyrics penned by the legendary Howard Ashman (Beauty and the Beast), Tony Award®-winner Tim Rice (The Lion King, Aida), and book writer Chad Beguelin (The Wedding Singer)," according to the press release. 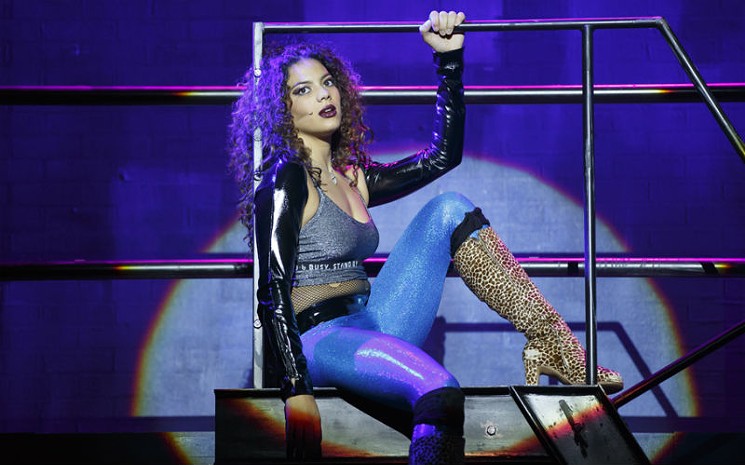 Pulitzer Prize and Tony Award®-winning Rent (based on Puccini's La Bohème) tells the story of seven artists trying to survive in the big city. 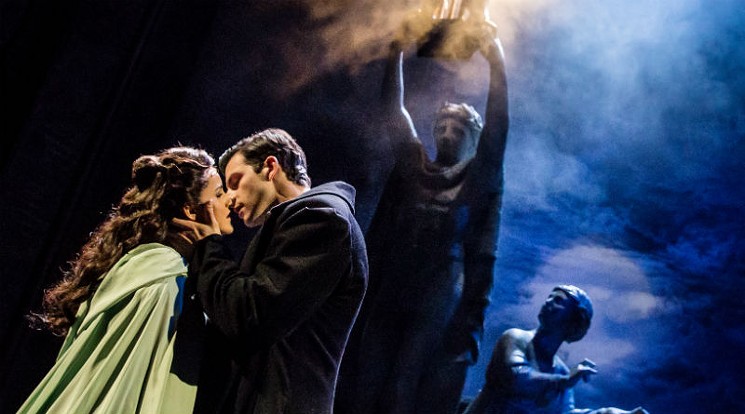 Ah the mist! Remember the mist?
Photo by Matthew Murphy
THE PHANTOM OF THE OPERA
November 7-18, 2018

Andrew Loyd Webber's modern classic returns in what's said to be bigger and better than ever style. Don't worry, the chandelier is still with us as our the songs “Music of the Night,” “All I Ask Of You,” and “Masquerade” and in this product performed by 52 cast and orchestra members. 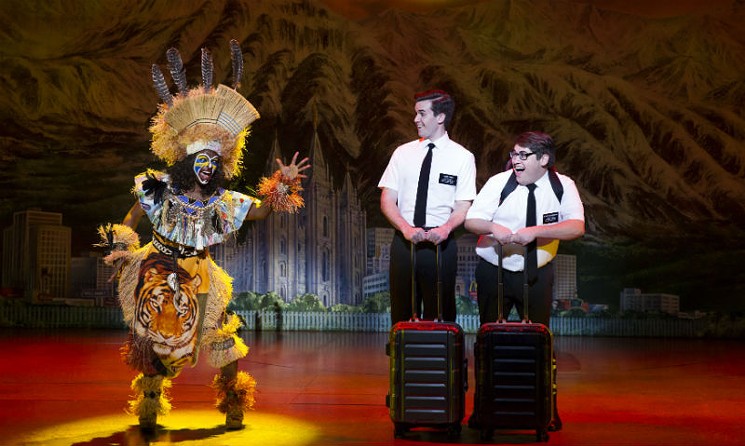 You can't forget these guys right?
Photo by Julieta Cervantes
THE BOOK OF MORMON
January 15-20, 2019

The nine-time Tony Award®-winning Best Musical returns to follow "the misadventures of a mismatched pair of missionaries, sent halfway across the world to spread the Good Word." Warning: it's funny but with explicit language not suitable for the youngest of kids.

"The winner of six 2017 Tony Awards®, including Best Musical, and the 2018 Grammy Award®-nominee Dear Evan Hansen will play Houston as part of the Broadway at the Hobby Center 2019-2020 Season." It's the story of a high school senior who has a social anxiety disorder and who's therapist tells him to write letters to himself.