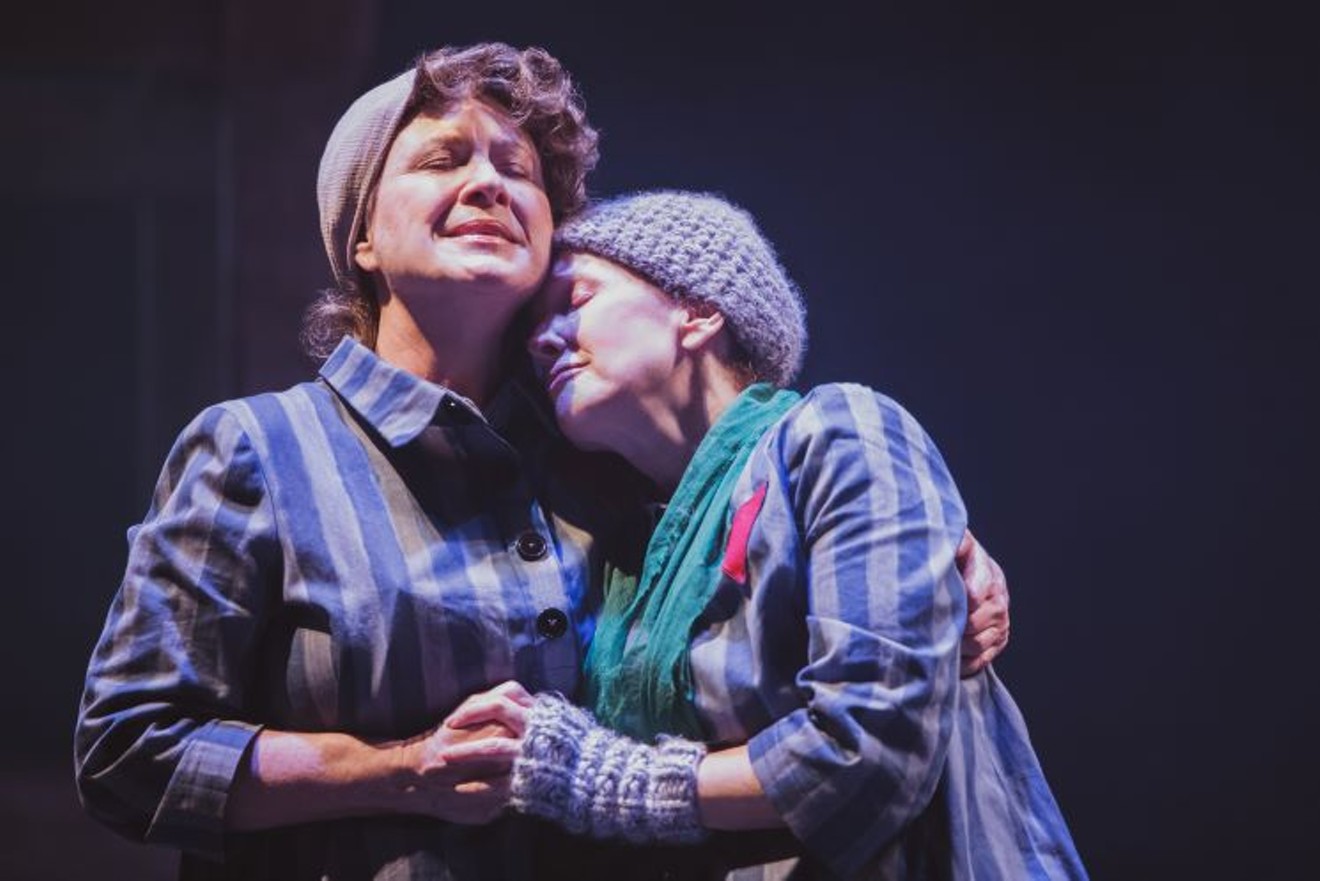 The Hiding Place was a standout from the 2019-20 season at A.D. Players. Photo by Joey Watkins
A.D. Players has announced its 2021-22 post-pandemic season and will kick things off in in early October with Ken Ludwig’s new play, Dear Jack, Dear Louise, which tells the story of how his parents got together during World War II.

In the 2019-20 season, A.D. Players had great success in commissioning The Hiding Place. It follows that with three original commissions and world premieres in the coming season:

The Christmas Shoes, based on the best-selling novel by Donna VanLiere and adapted for the stage by Jessica Lind Peterson.

No One Owns Me by Pia Wilson and Chris Cragin-Day which concerns human trafficking and its aftermath.

Apollo 8 by Jayme McGhan, which explores the 1968 mission to orbit the moon.

Closing the season and bookending these three World Premieres will be Rodgers and Hammersteins’ The Sound Of Music presented by James Craig Furnishings.

The season will also include five concert offerings in partnership with Artists Lounge Live, the 5th annual After Dinner Affair Gala and the 2nd annual Metzler New Works Festival.

For more information, visit adplayers.org.
KEEP THE HOUSTON PRESS FREE... Since we started the Houston Press, it has been defined as the free, independent voice of Houston, and we'd like to keep it that way. With local media under siege, it's more important than ever for us to rally support behind funding our local journalism. You can help by participating in our "I Support" program, allowing us to keep offering readers access to our incisive coverage of local news, food and culture with no paywalls.
Make a one-time donation today for as little as $1.