A Quiet Place and the Case for Universal Subtitles 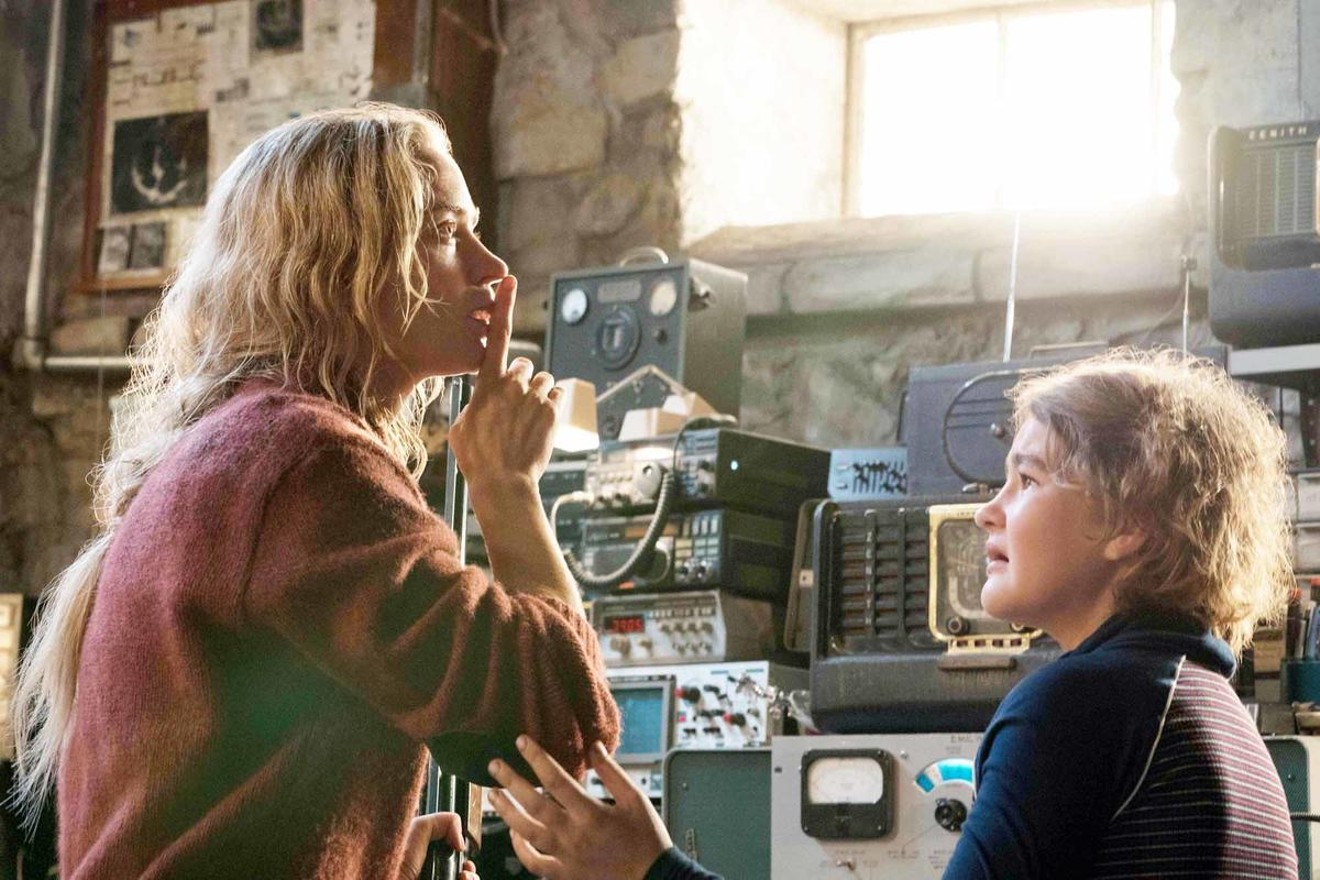 Shhh Screencap from A Quiet Place
I’ve been excited for A Quiet Place since I recognized Wonderstruck’s Millicent Simmonds in the trailer. The young actress absolutely killed the former, and the promise of a horror film based around using ASL to avoid sound-sensitive monsters was intriguing. By all accounts, horror fans and other filmgoers agree. The film is doing remarkably well, having nearly reached $100 million so far on a $17 million budget and 95 percent fresh rating on Rotten Tomatoes.

That’s not bad for a film where virtually all the dialogue is presented in subtitles, which begs the question of why we don’t just go to universal subtitles.

This is fairly personal for me. Back in the rock star days I was entirely too precious to protect my ears on stage, and coupled with some just naturally bad hearing it’s left me on the cusp of deafness. I haven’t voluntarily watched a movie without subtitle in over a decade. One of the reasons I don’t ever pop in my copy of Rosencrantz and Guildenstern are Dead is because the DVD is inexplicably missing closed captioning. Despite being in my native language, the accents and rapid-fire dialogue is too hard to keep up with.

There have been subtitled hits before. Crouching Tiger Hidden Dragon hit No. 6 once it was in wide release, a pretty amazing score for a foreign film. Passion of the Christ as well made over $300 million without a single word of English. Those were films in foreign languages, though. A Quiet Place is arguably the first conventional mainstream film conceived of in English to rely on subtitles to tell its story. I’m hard-pressed to think of anything similar except for the famous “Hush” episode of Buffy the Vampire Slayer.

Apparently subtitles are no deterrent to the bottom line, and if that’s the case it should be high time they were standard issue in cinematic releases.

According to Robert Saucedo, the programming director of the Alamo Drafthouse region that encompasses Houston, though the repertory films that the chain regularly shows — like original prints of Blazing Saddles or Labyrinth -- don’t come with English subtitles, the ability to use them in more modern releases is present. When something like Avengers: Infinity War drops, subtitles can be simply turned on, and Alamo Drafthouse has done so for some film screenings in the past.

“It is actually set to become law in the very near future that all theaters must have this technology,” says Saucedo. “As part of the law, theaters are going to be required to advertise both on site and on their website what's available for guests.”

Theaters have had various devices for the hearing impaired for years, though the technology wasn’t standard. I am glad that the Americans with Disabilities Act is now making access universal through various means.

However, I wonder if all the various doo-dads were fixing a problem with a very simple solution. Now that adding subtitles to a mainstream release is as simple in many cases as pushing a button, let’s just push the button. A Quiet Place proves that having subtitles won’t cost at the box office, and just having them on display all the time will soon have people acclimated to a practice that brings people like me and further down the spectrum of deafness closer into the movie-going experience.