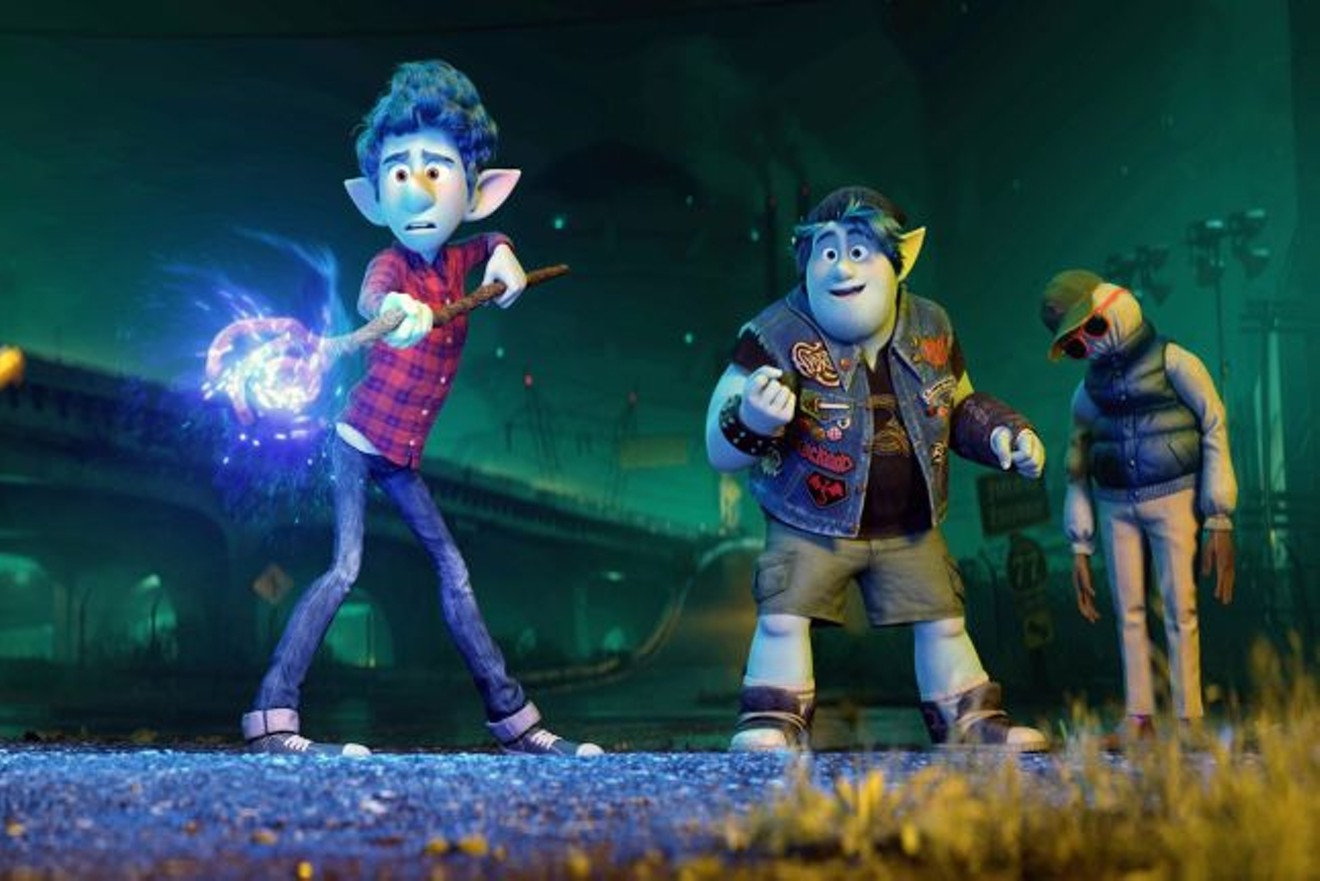 Why isn't Barley, who actually put the work in, the wizard? He isn't the "special one" Screencap from Onward
Let me start by saying that no film has ever pleasantly surprised me more than Onward did. The trailer underwhelmed me, but like a lot of you I’m stuck at home with a bored child thanks to the coronavirus, so we watched it thanks to Disney+. It ended up being a heartwarming tale – the first good brothers story from Disney I can recall since Fox and the Hound – that perfectly balanced comedy and pathos. It’s Ferris Bueller’s Day Off meets Weekend at Bernie’s meets Legend, and I cried like a baby at the ending. I like this film.

That said… what the hell is up with the weird fascist undertones in Pixar?

I’ve pointed this out before with The Incredibles. Pixar films have a very unnerving obsession with the concept that some people are inherently special, and that the democratization of ability is corrupting.

In Onward, magic is real, but it is hard to do. The film opens with an apprentice wizard giving up his staff to marvel at the simpler and user-friendly invention of electricity. Science becomes the norm, instead, thanks to it being available and apparently really easy.

This more or less leads to a fantasy version of Idiocracy. Majestic unicorns are now trash pandas. The formerly formidable manticore is an overworked restaurant manager. Dragons are indistinguishable from Pomeranians. Adventure lives on only in the minds of the nerds who play RPGs. Everyone has all their needs met, but there is nothing epic and no one is special. They’re saying that last one is a bad thing.

Magic is not democratic in this universe. It isn’t a meritocracy. The film makes it quite clear that younger brother Ian has something unique that enables him to wield the eldritch forces. He literally stumbles into greatness thanks to an inherited resource from his dad and some sort of ubermensch quality.

You know who can’t use magic? His older brother, Barley. Think about how messed up that is for a second. For some reason, Barley does not have the proper gene for magic. Yet he is extremely well-versed in the theory of it. Throughout the film, it is his knowledge, acquired through years of study and preparation in spite of ridicule, that guide Ian through being able to become a wizard. He’s put more effort into magic than anyone we see in the film, the epitome of the bootstrap narrative, and yet he can’t use it himself. That power is reserved for his brother, who is special for reasons we are never given.

This doesn’t make Ian a bad character. He certainly earns every bit of progress he makes throughout the film. It does, however, speak about the film’s view of power. Barley can work as hard as he wants to, study as deep as he can, and he will never be more than the enabler of his brother’s greatness because he isn’t part of the wizard class. Science is a pitiable watering down of divine assignation of status, an entropic force that literally keeps residents of the world on the ground instead of in the air.

Like with The Incredibles, Onward is a movie fixated on the necessity of exceptional individuals to keep society from stagnating. It echoes Friedrich Nietzsche, who said “Only the most intellectual of men have a right to beauty, to the beautiful. Only in them can goodness escape being weakness.” There’s also an Ayn Rand quote that fits perfectly with its message if you replace words meaning intellect (which we’ve establish does not affect sorcery in Onward) with magic.

The man at the top of the intellectual pyramid contributes the most to all those below him, but gets nothing except his material payment, receiving no intellectual bonus from others to add to the value of his time. The man at the bottom who, left to himself, would starve in his hopeless ineptitude, contributes nothing to those above him, but receives the bonus of all of their brains.


The idea that fantasy races have become the Tolkien version of the humans from Wall-E thanks to the comforts provided by the advent of science is utterly incompatible with an idealized democratic society. It’s a movie that worships people of ability, but only gives that ability to a select few with inherent disposition. At best they can wield magic weapons with brute force, like their mother Laurel, or serve as advisers, like Barley. Everything else is a perversion of the proper hierarchy that has made society weak and unworthy.

What’s required is a Chosen One who can make New Mushroomton great again with divine right. I don’t think that it’s any coincidence that one of the things that gets destroyed in the final battle is a public school, a tool of the state that is not preparing the next generation for the glorious new magical future. Ian lectures on magic there in the epilogue.

Pixar films are amazing, and I love them dearly. What I don’t understand is the weird hard-on that they use for their Hero’s Journeys. It’s not enough for them to have exceptional protagonists. They must stand against anything that would flatten the hierarchy and prevent the right people from rising to the top, usually with an unhealthy fixation on past glory (The mid-century in Incredibles, days of yore in Onward). Whimsical and moving as these stories are, that’s more than a little fascist. Everyone having light bulbs is not the reason dedicated individuals can’t succeed and acting like it is just leaves people not of the exalted class in the dark.
KEEP THE HOUSTON PRESS FREE... Since we started the Houston Press, it has been defined as the free, independent voice of Houston, and we'd like to keep it that way. With local media under siege, it's more important than ever for us to rally support behind funding our local journalism. You can help by participating in our "I Support" program, allowing us to keep offering readers access to our incisive coverage of local news, food and culture with no paywalls.
Make a one-time donation today for as little as $1.