The Fight Over Which Union's Rules Theaters Follow Comes To Houston 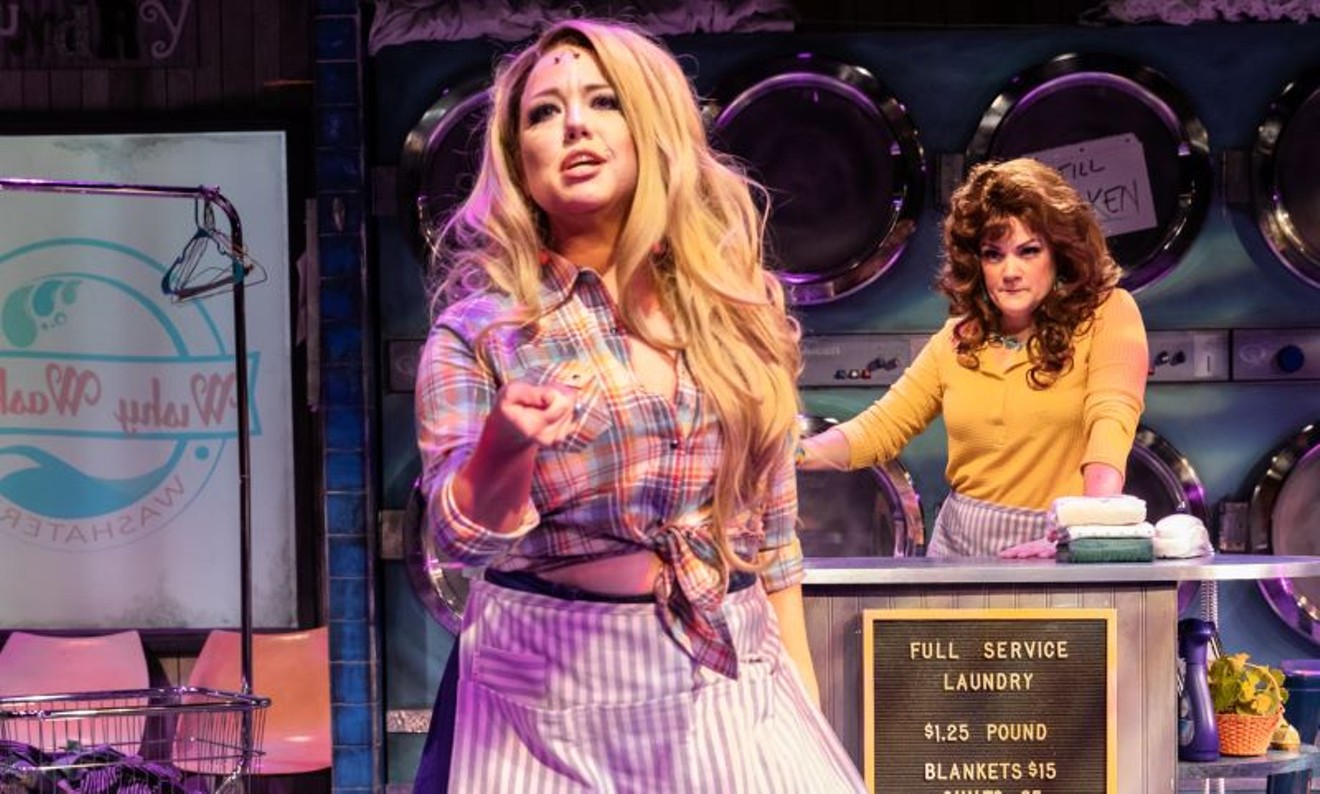 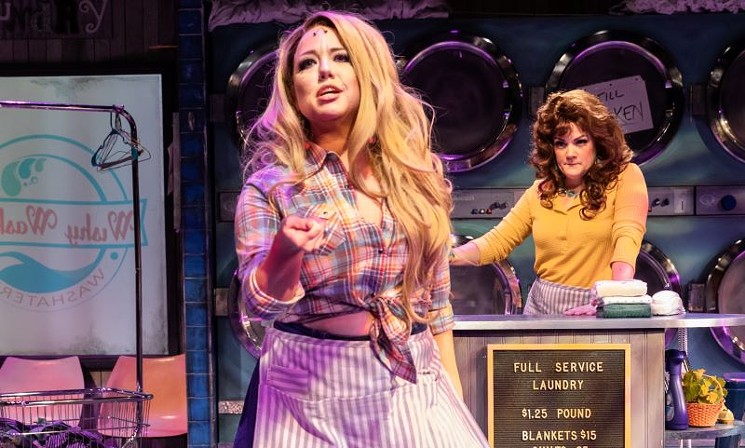 In Honky Tonk Laundry with Holland Vara and Brooke Wilson, Stages theater decided to follow different rules.
Photo by Amitava Sarkar
It's easy to imagine that audience members were thrilled when Stages announced they would be streaming the jukebox musical, Honky Tonk Laundry, live from the Gordy for one week beginning November 10.

An honest to goodness live show? Broadcast from an actual stage inside a real theater? Performers in the same space together? With lighting and set design and all the bells and whistles? It’s about as close to perfect as audiences could hope for in these COVID times.

Behind the scenes, however, things are anything but perfect. They are, to put it mildly, an acrimonious mess.

For Stages to produce Honky Tonk in this specific manner, they did what an increasing number of theaters are doing all over the United States. They broke ranks with their COVID protocol-strict governing union, Actors Equity Association (which represents theater actors and stage managers) in favor of working with the more lenient Screen Actors Guild/American Federation of Television and Radio Artists (the union that represents workers in film, television, and radio).

Under existing AEA rules, Houston’s infection rate is too high to allow any production to be filmed outside an actor’s own home. SAG-AFTRA, on the other hand, is fine with casts assembling in theaters to be filmed as long as the union’s COVID safety measures are met.

Theaters wanting to produce and stream something resembling real shows are therefore taking a page out of the wily kids’ handbook. When mom forbids your request, you go to dad knowing he’ll say yes. You’ll be happy you got your way, sure, but the fallout results in bitter parental fighting.

Or in this case, bitter union fighting.

Actors Equity is accusing SAG-AFTRA of overstepping its turf, undercutting AEA wages amounting to an estimated $600,000 in lost earnings, denying stage manager contracts, and causing $154,000 so far in lost contributions to the Equity-League health fund. SAG-AFTRA on the other hand says no lines have been crossed since work made for broadcast has always been its domain and all efforts to partner or compromise with AEA have been shunned.

The fight has in fact become so antagonistic that few are even willing to speak on the record about it.
Upon learning that Stages had secured a SAG-AFTRA contract for Honky Tony Laundry we reached out to Houston AEA reps for comment. Too contentious an issue, not comfortable speaking about it, and talk to the press people at headquarters was what we were met with.

Even AEA itself refused to be interviewed on the matter.

For Stages Managing Director Mark Folkes, the fight between unions is challenging, but not something he wants to get in the middle of. “Stages became Houston’s second AEA theater in 1988 and we fully intend for the very important relationship to go forward,” says Folkes. "For us, it wasn't about deciding SAG vs AEA, it was about understanding the medium in which we were producing and utilizing the governing agreement that's most common for this production in this industry, and that's SAG-AFTRA."

Folkes acknowledges that AEA has historically awarded its members new media contracts but also asserts that even so, under existing AEA rules there would be no path forward to produce Honky Tonk the way the company wanted to. The choice was SAG-AFTRA or nothing.

Just because SAG-AFTRA allows companies back into the theater to film, doesn't mean they aren't expected to follow a stringent set of COVID guidelines. "We have trained and certified COVID compliance officers, a zoning system that delineates levels of risk within the production area including testing up to three times per week for the high-risk players and we have creative members like our director work outside the room," says Folkes.

Folkes balks at the notion of AEA’s accusations of lesser pay, or in the case of stage managers, no contract at all. “Our artists and stage manager compensation has not decreased under SAG-AFTRA contract and it’s not the case for other same size organizations across the country we’ve spoken with.”

To be clear, the stage manager position for Honky Tonk is not part of Stages SAG-AFTRA contract, but rather a position that Stages hired and is paying separately from any union agreement.

The health fund issue is a little less rosy. Under the present contract, Stages will contribute to the SAG-AFTRA health fund, but since most actors in Houston are AEA members and not SAG-AFTRA members, this contribution won't go toward funding any of their health insurance.

Folkes agrees the dwindling of the AEA health fund is a real impact of this current situation as are member actors not getting the number of work weeks with the union they expected to in 2020. “But ultimately in talking to artists what we’re hearing is that they are beyond thrilled to have sustainable employment right now,” says Folkes. “That we are able to find ways to engage and compensate artists, I believe that is providing benefit.”

Honky Tonk won’t be the only SAG-AFTRA contract Stages works under. Their holiday show, Buttons' Sleeping Beauty: A One-Man Outrageous Unbelievable COVID Lockdown Panto will be streamed on-demand thanks to SAG-AFTRA.

As to whether the behind the scenes fighting is spilling over and affecting Stages, Folkes says thus far it’s been quiet.

"We've not directly heard any negative feedback re Stages making these choices and I would guess that there will be more nonprofit theater producers that are considering new media productions on SAG-AFTRA contracts moving forward."
KEEP THE HOUSTON PRESS FREE... Since we started the Houston Press, it has been defined as the free, independent voice of Houston, and we'd like to keep it that way. With local media under siege, it's more important than ever for us to rally support behind funding our local journalism. You can help by participating in our "I Support" program, allowing us to keep offering readers access to our incisive coverage of local news, food and culture with no paywalls.
Make a one-time donation today for as little as $1.