Opinion: Black Ariel and the Algebra of Bigotry 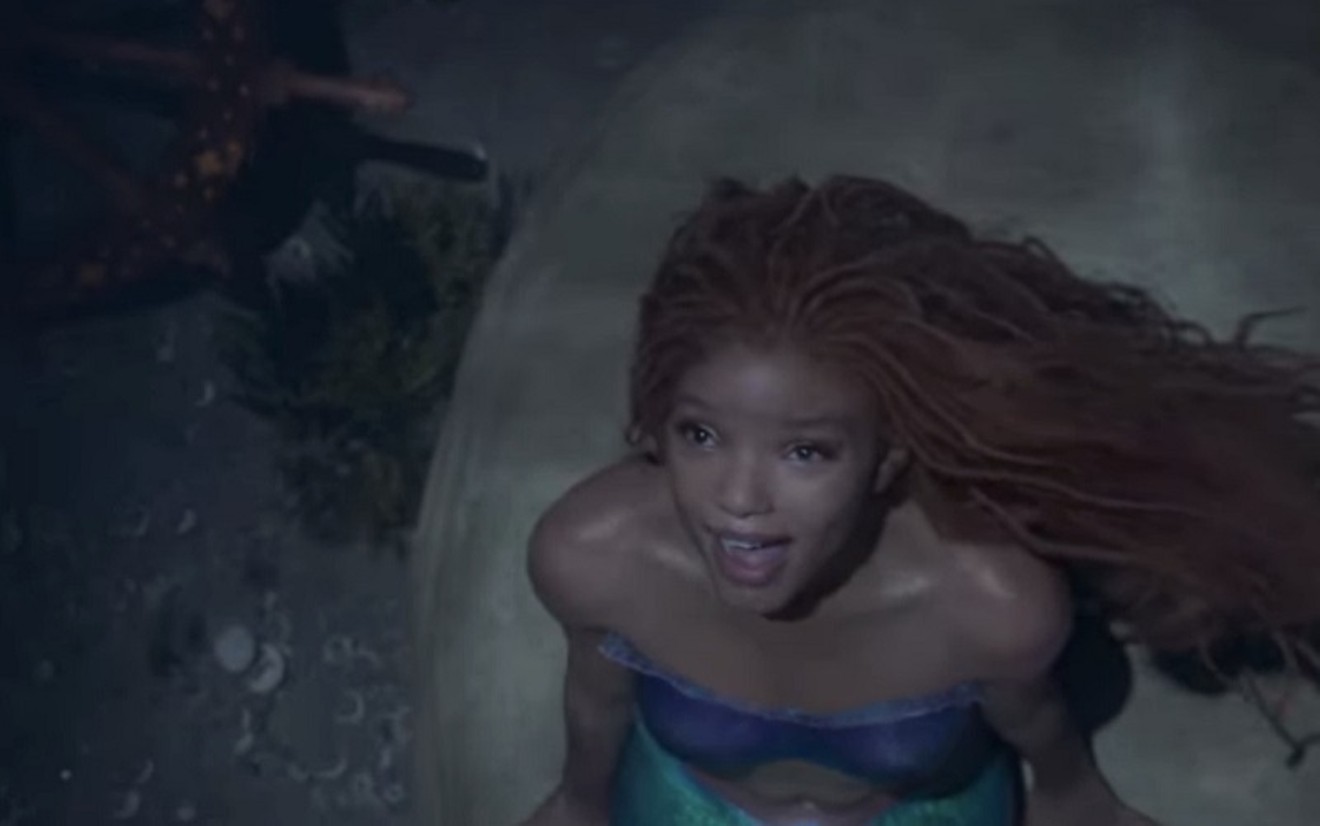 Halle Bailey as Princess Ariel. Screenshot from The Little Mermaid trailer
On the one hand, it’s pretty easy to dismiss the racist backlash of casting Halle Bailey as Ariel in the upcoming live-action(ish) remake of 1989’s The Little Mermaid as the most ridiculous thing ever. How can we possibly be expected to take people seriously who are mad about the skin color of an imaginary fish woman in this, the Year of Beyoncé 2022?

Unfortunately, it has to be because the algebra of bigotry never stays inside these pop fandom aquariums. It always gets out, like an octopus, and then it strangles everything it can get its suckers on.

Here is how the math works.

Disney’s The Little Mermaid, and specifically Princess Ariel, is a massive media presence encompassing two animated films, an ice show, touring musical companies, spinoff books, cameos in other movies, shows, and video games, cosplayers, and toys. She is an instantly recognizable character worldwide. Another way of thinking about it is that Ariel represents an established mental territory that is ubiquitously white.

A large part of conservative thinking is the division of literally everything into winners and losers. When marriage equality became the law of the land, much of the conservative rhetoric was about how it was a danger to heterosexual marriages. While initially baffling, it makes perfect sense if you factor in the winners/losers mindset. If what LGBT people have is marriage, and what straight people have is also marriage, how can we tell which marriage is better? Because one of them must be.

Halle Bailey’s presence as Ariel is an immediate reduction of the whiteness of that mental space, a measured loss of percentage from 100 percent to whatever a single performance in a single movie counts as part of the Ariel Equation. Because of the nature of whiteness as a presumed default condition, this can never be seen by racist as an enhancement. Whiteness is only a thing that can be lost or degraded. Some of white people’s “stuff” now belongs to Black people. The joy on little Black girls' faces seeing Bailey as Ariel presumably comes at the expense of the joy at little white girls’ faces seeing the original portrayal.

This Sneetches bullshit is obviously nonsense. The original animated film is more widely available than ever. While there is presumably some finite amount of The Little Mermaid in the world, from a practical perspective the opportunities for people to enjoy a white Ariel are functionally limitless, as any parent who has had a child watch the same thing over and over again will grimly tell you. Bailey may represent a certain percentage of The Little Mermaid that is no longer white, but as there is an embarrassment of plenty when it comes to the white parts, what’s the big deal? It’s like complaining about how many breadsticks someone is eating on unlimited bread sticks night.

The problem is that these lost territories add up in the minds of reactionaries, conservatives, and racists. When something like a popular children’s media franchise cedes some of its ground to non-whites, the math starts computing in their minds about all the things that used to be theirs exclusively that no longer are. Today it’s Ariel, tomorrow it’s Doctor Who, maybe the next day James Bond, and who knows what else after?

The people doing this math are incapable of seeing this as anything but theft and loss and it makes them very, very angry. To quote J.R.R. Tolkien, “[The] rage passes description — the sort of rage that is only seen when rich folk that have more than they can enjoy suddenly lose something that they have long had but have never before used or wanted.”

It’s a broken equation. We will never run out of white mermaids, not even white mermaid princesses. But that poisoned calculus gets dragged into other arenas like school boards, state legislatures, and courtrooms. All the things “stolen” from whites adds up and becomes more systemic oppression as recompense.

It will never end until people learn to see something like a Black Ariel as a positive number rather than a negative one. Unlearning the Algebra of bigotry starts with that basic, important concept.
KEEP THE HOUSTON PRESS FREE... Since we started the Houston Press, it has been defined as the free, independent voice of Houston, and we'd like to keep it that way. With local media under siege, it's more important than ever for us to rally support behind funding our local journalism. You can help by participating in our "I Support" program, allowing us to keep offering readers access to our incisive coverage of local news, food and culture with no paywalls.
Make a one-time donation today for as little as $1.