Paty Lorena Solórzano is one of the choreographers featured in the first Texas Latino/a/x Contemporary Dance Festival. Photo by Victor Blanco
A few years ago, when Adam Castañeda – dancer, choreographer and director of The Pilot Dance Project – began noticing a lot of young, vibrant Latinx dancer-choreographers coming out of the University of Houston dance program, he was wowed – “I didn’t choreograph my first dance until I was, like, 32,” says Castañeda – but also worried.

“What I’ve seen for the past ten years is every so often you get these really young motivated people into the community,” explains Castañeda. “They want to choreograph, they want to create work, and then after a couple of seasons of hitting a wall … they give up.”

Castañeda’s solution, The 1st Annual Texas Latino/a/x Contemporary Dance Festival, will launch on April 1 and it’s born from a simple truth: It’s hard to be a choreographer, regardless of who you are.

“It’s one of those titles and it’s one of those art-making processes that really doesn’t have a market value. When you leave school with your bachelor’s degree in dance, it’s not like there’s a line of opportunities for you to make your own work,” says Castañeda.

It’s especially difficult, Castañeda adds, in a city like Houston, where the model seems to be that you have to start your own company if you want to choreograph.

“All of that is great work, but it’s not dance making,” says Castañeda, adding that those not inclined to the administrative burden can burn out quickly. “My idea was if there’s at least one opportunity for a young Latinx choreographer – and even an established Latinx choreographer – to have every year, then that’s enough to keep the pipeline going. At the very least it’s motivation to create one dance a year.” 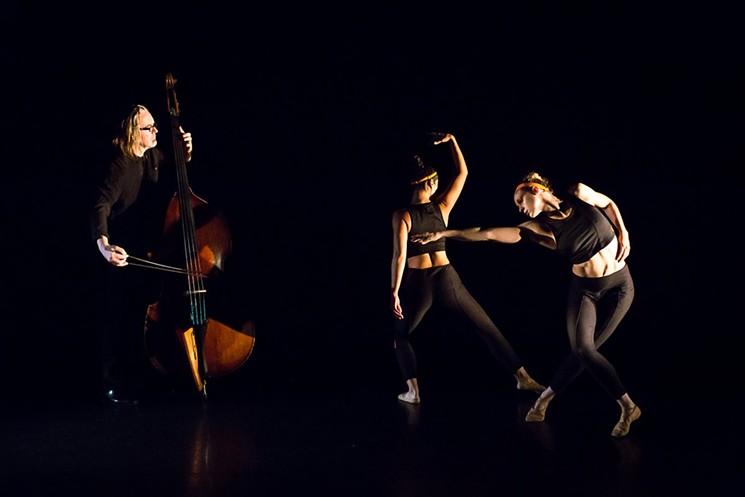 Group Acorde, led by Roberta Cortes, will be featured in the 1st Annual Texas Latino/a/x Contemporary Dance Festival.
Photo by Lynn Lane
Castañeda’s now three-year-old idea found its footing last year when he received funding to produce an in-person festival. He lined up “an entire army ready to showcase their work” and even developed a full evening-length work for the occasion. But then a global health crisis happened.

“We were one of the first programs that was cancelled because of the pandemic,” says Castañeda.

The reformatted festival will now debut on April 1 as a single virtual concert featuring a “small but mighty group” of some of “the most important local Latinx choreographers working right now,” says Castañeda.

Brazilian-born Roberta Cortes of Group Acorde is contributing a work from the company’s early days as well as a new duo featuring Cortes and Lindsey McGill. Paty Lorena Solórzano, a dance professor at Universidad de las Américas Puebla in San Andrés Cholula, México, who found herself in the League City area for much of the pandemic, is offering a solo titled “Self-portrait with trenza.” And University of Houston alum Joel Aguilera, whose breakdance/hip-hop-influenced works stem from his early days as a B-boy, is adding a series of dances and a newly created duet.

Castañeda, typically not one to revive older pieces, will present a two-year-old work costumed in traditional Mexican garb that he describes as a “fitting tribute” to his late grandmother.

The program will also spotlight newer and less established choreographers including Kristina Pratt and Dorianne Castillo, both company artists of The Pilot Dance Project, and Havana-born Lidice Nuñez of Alas Dance Company, who moved to Houston three years ago from Mexico City, where she choreographed on the Mexico City Ballet Company.

“It’s interesting that I’m producing a Latinx festival,” admits Castañeda, “because I’m of the opinion that those traditional labels of Latino/Latina don’t really describe an actual homogenous ethnic group. It’s really just a label for the census, and that’s reflected in the work.” 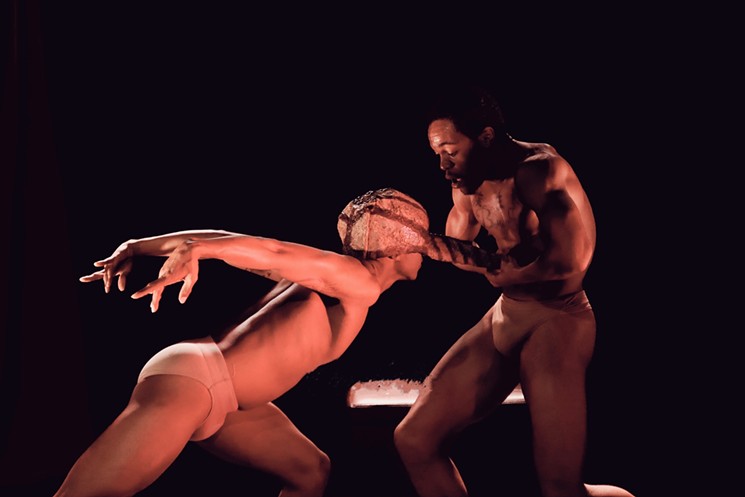 New company ALAS Dance Company is participating in the 1st Annual Texas Latino/a/x Contemporary Dance Festival.
Photo by Pin Lim
In general, Castañeda says, the diversity and the variety in the program is inherent when you talk about Latinx groups. “Our perspectives are so different, so the art that comes out of each and every one of us is going to be very different.”

And though it’s difficult for anyone to be a working choreographer, Castañeda says that these varied perspectives actually make it a particularly complicated proposition for Latinx artists.

Modern contemporary dance choreographers like Castañeda don’t produce “traditional” work, so they typically aren’t eligible for funding from cultural and ethnic organizations. But the emphasis on modern/post-modern aesthetics at general festivals, which do address the vocabulary, tends to overshadow the cultural experiences and heritage that Latinx creators bring to the art form.

“We’re in a difficult situation,” says Castañeda. “I really feel this festival is about carving out just a space for us to be who we are in the way that we want to be.”

Castañeda adds, “My intention is for this festival to continue year after year and to grow. Hopefully, we don’t have any more global crises to deter that.”

On April 9 at 8 p.m. The Pilot Dance Project will also host an in-person screening of the festival performances and talkback featuring participating choreographers at P.E.T Outdoor Theater. Tickets can be purchased here for $15.
KEEP THE HOUSTON PRESS FREE... Since we started the Houston Press, it has been defined as the free, independent voice of Houston, and we'd like to keep it that way. With local media under siege, it's more important than ever for us to rally support behind funding our local journalism. You can help by participating in our "I Support" program, allowing us to keep offering readers access to our incisive coverage of local news, food and culture with no paywalls.
Make a one-time donation today for as little as $1.