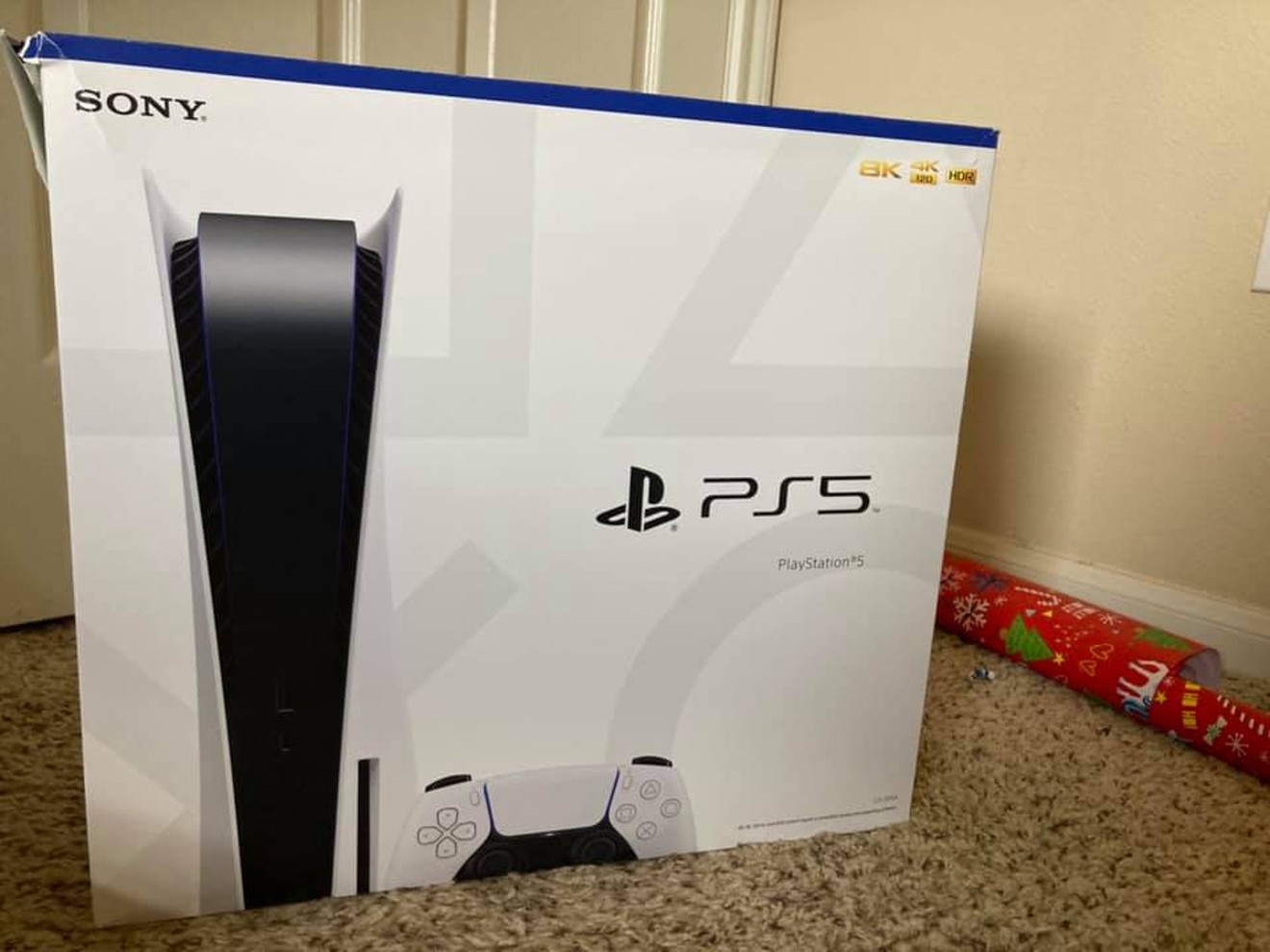 This cost me as much as a trip to the emergency room with good health insurance. Interpret that information however you like. Photo by Jef Rouner
I got a PlayStation 5, but I’m still really unhappy with how I did.

Originally, I was going to use part of my first stimulus check in 2020 to set-up a pre-order for the system at GameStop like I did with my PS4. Delays in getting that check meant I missed the very narrow window, and of course being in a global pandemic that affected most of the arts and events I freelance cover in this city meant that I quickly had other uses for that $500.

When the new year rolled around, I would continuously set aside money for the narrow gaps when systems would go on sale, miss those windows because I was working, and then end up without the cash for one as life’s demands took their toll. Another stimulus came and went with no chance to get one, and then third showed up. By April, I had grown increasingly desperate as a video game reviewer who would soon not have any games to review. Through luck, the final stimmy, and a little crowdfunding on my birthday, I was finally able to get one for more than $200 over the retail price out of the back of some dude’s car because he said he had ended up with two of them.

Anyone who has tried to pick up a system, even six months after the release, has had to fight an endless army of bots and seconds-long periods when retailers have systems. Places like GameStop have tried to counteract the resellers through the dubious methods of selling more bundles that come included with games and extra controllers, but like with my car deal these often push the price far beyond the sticker number. Beyond that, all hiccups in online buying mean that it’s very hard to take advantage of financing deals that places like Best Buy or GameStop offer. It’s buy it now or get lost.

All of this combined means that these consoles are practically $800 investments, nearly twice the market price point, and there are fewer options for spacing those payments out over a few months. I am beginning to sincerely worry that this is going to increase the wealth gap in gaming going forward.

I know that sounds like a ridiculous problem, but as I’ve pointed out before, gaming is actually one of the most cost effective entertainment avenues in terms of dollar-per-hour. A new console lasts for years, even decades, and the whole family can use it. The original $500 price tag for a PS5 is expensive, but with a year to save up for a major Christmas present it’s within expectations for a lot of people. Considering that the system came with something like 20 free games (if you signed up for PS Plus), it was actually a hell of a deal.

Console gaming, however, is becoming more and more callous to the little guy. For one, companies are already planning to move the new Triple A game price point up to $70 under the ridiculous premise that studios need it to stay competitive. Considering the tendency of games like Cyberpunk 2077 and Outriders to release as broken messes that need to be fixed with patches for weeks after launch as billion-dollar corporations sit on the money people shelled out in good faith, that seems like a lie.

For another, big game releases are becoming more of a long-tern money sink. Stuff like Marvel Avengers and all the games that title ripped off are built with road maps designed to slowly drain cash from a customer over the course of weeks or months. Microtransactions are a huge business that are not considered as being part of the price of the game since the content is “optional.” However, it still comes down to huge chunks of gaming being locked away from people who do not have additional disposable income.

Gaming companies don’t exactly mind this. They know that huge profits are generated by so-called “whales,” the small minority of players who will drop hundreds or thousands of dollars on “premium” content which often gives them unfair advantage over other players who have to grind for levels and gear the old-fashioned way. Kids literally get bullied for having default Fortnite skins instead of the shiny, expensive ones.

What would you call a system where resources and privileges are steadily pushed to a small, wealthy minority who can afford them and denied to the greater community, who are expected to slog through a rigged system to get even half as much? I’d call it unfair at least.

I know that the shortages of systems is not entirely the console makers’ or even the retailers’ faults. No one could have seen the myriad of ways that COVID messed up the world. However, the response to “Hey, now only rich people can get systems” has been a shrug. They don’t exactly see that as a problem, and efforts to consolidate console gaming into a toy of the 1 percent seem to have the tacit approval of the people who control the supply. This is eventually going to bite the game industry on the ass, assuming that one day the wealthy realize that they could spend a thousand bucks on something other than Iron Man skins. The wealth gap in gaming is going to do what wealth gaps always do: make things suck until the whole house of cards collapses.
KEEP THE HOUSTON PRESS FREE... Since we started the Houston Press, it has been defined as the free, independent voice of Houston, and we'd like to keep it that way. With local media under siege, it's more important than ever for us to rally support behind funding our local journalism. You can help by participating in our "I Support" program, allowing us to keep offering readers access to our incisive coverage of local news, food and culture with no paywalls.
Make a one-time donation today for as little as $1.