Trump Thinks the Media is the Enemy of the People, But Ibsen Got There First 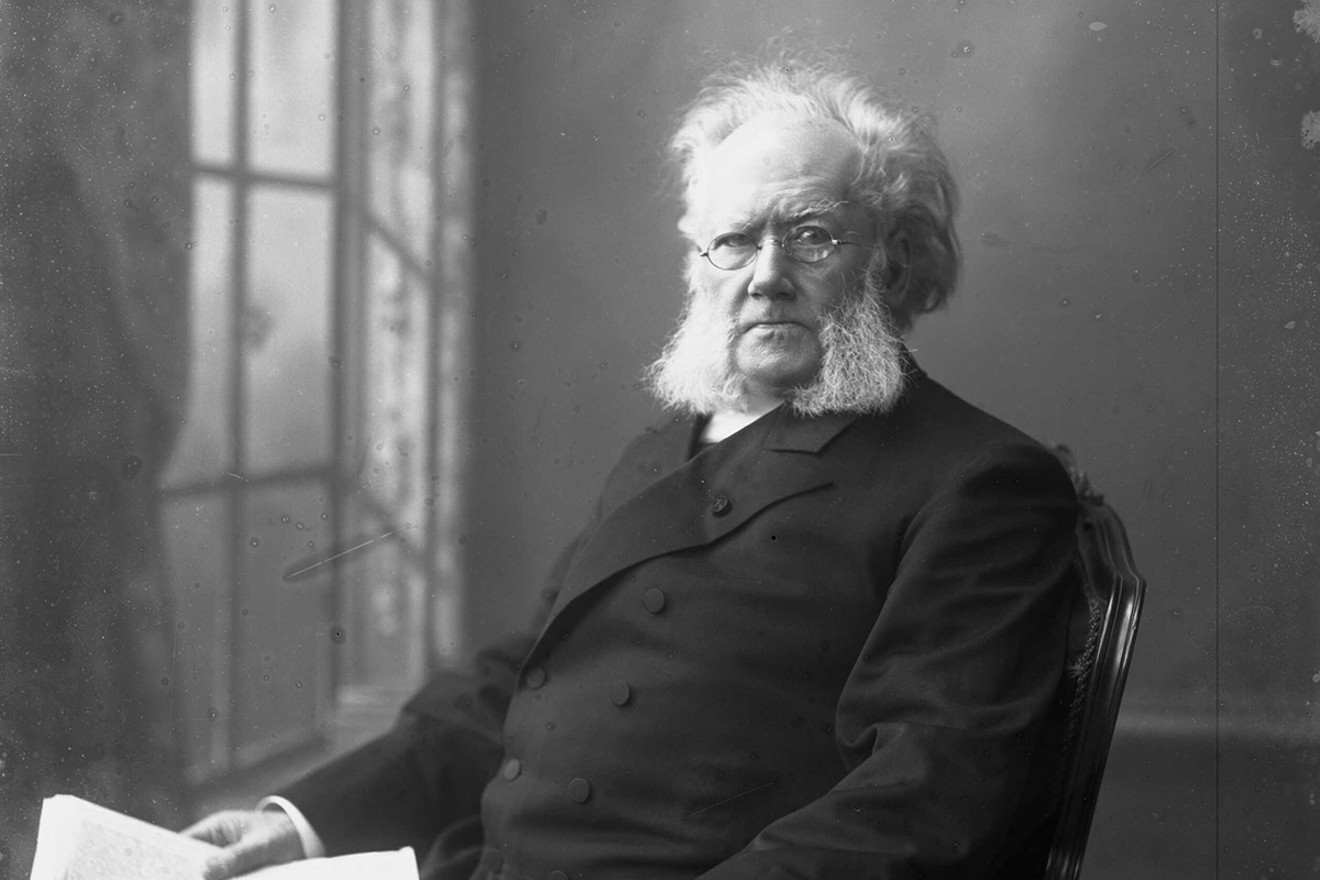 Haters gonna hate. When the public was scandalized by Henrik Ibsen's Ghosts, which alluded to syphilis, he fought back against the hypocrisy by writing An Enemy of the People. Photo by Gustav Borgen / Norsk Folkemuseum via CC
President Donald Trump is known for labeling the press the "enemy of the people," but he's not the first to coin the phrase. Norwegian playwright Henrik Ibsen's An Enemy of the People, penned in 1882, took a critical look at the ignorant mindset of the sheeplike masses.

Ibsen, a social satirist, was ticked at the uptight Victorian morality of the time. His earlier play, Ghosts, alluded to venereal disease and the public got their knickers all in a wad. So he got back at the hypocrites the best way he knew how, penning An Enemy of the People in response.

Classical Theatre Company is set to produce An Enemy of the People, their third time presenting an Ibsen script; they did A Doll's House in 2016 and Ghosts in 2010. Executive Artistic Director John "JJ" Johnston directed the first two productions and he's at bat again for this one.

This will be the third time that Classical Theatre Company has produced a play by Henrik Ibsen; they presented A Doll's House (shown above with Kregg Dailey as Torvald) in 2016 and Ghosts in 2010.
Photo by Pin Lim
"There is a decided thread to this play where you can definitely see he was making commentary on the folks who criticized his plays," says Johnston. "Maybe ironically this play is also his funniest play, at this point of his career. It has a lightness to it. The characters are so dramatic and exuberant about the stances they take that it comes across as a little silly."

In the play, two brothers struggle about what's best for the community. Dr. Thomas Stockmann (played by Tom Prior) discovers that the public baths are contaminated but his brother, the Mayor (Jim Salners), knows that it would be bad news for the town if word got out. We've got conflict of interest and political corruption — the Mayor is also part owner of the baths — yet the physician has no idea the nightmare that will ensue if he leaks the information to the newspaper.

Classical Theatre is known for producing scripts more than 100 years old, though it was a surprise even to them at how topical this particular play has become. Several themes seem ripped from our headline news, with references to cover-ups, leaks, environmental issues and how modern-day journalism is the people's enemy with its purported fake news.

"When we were looking at plays to produce this season, this one came to mind, though I hadn’t read it since college. I recalled the general gist of the play, that it might be apropos about government corruption," says Johnston. When he re-read the play, with so many topics still top of mind, he knew this one would be "a slam dunk."

Johnston names Ibsen as one of the playwrights who helped form the foundation of early modern drama, along with Anton Chekhov and August Strindberg, and labels Ibsen's ability to create believable situations as "genius."

He says there's a real synergy between the warring brothers, and that rapport is only solidified because veteran actors Salners and Prior have performed together so often.

"There are no villains or heroes. These are flawed characters. Dr. Stockmann, who we are supposed to root for, has strident views of the public, bordering on eugenics," says Johnston. "He applies these scientific methods to people and when they turn on him he becomes very emotional and detaches from his reason.

"On the other side we have [the mayor]. As much as he is trying to cover this up and save his own skin, to keep it from being reported, he at the same time recognizes that there’s truth in it," says Johnston. "The reporting of it will damage the town, potentially critically damage the town, but Dr. Stockmann just doesn’t register it. He doesn’t think about these things; he only thinks about this one specific aspect."

An Enemy of the People sees a return of Ibsen cast members Carl Masterson and Jeff McMorrough, both of whom were in A Doll's House, as well as Christianne Mays who appeared in Ghosts. They're joined on stage by Andrew J. Love, John Dunn, Greg Cote and up-and-comer Maddie Calais.

Set design is by Jodi Bobrovsky, who's going all Flint, Michigan, in an abstract sort of way. "The walls will consist of corroded pipes speaking to the issue at hand in the town; the back wall will be this plastic sheeting that is going to have a lot of stains and corrosion running through them as this pollution is running down the back wall," says Johnston.

"It’s kind of stunning — the topical nature of this play — just how topical. All of the plays we do have relevance to our audiences, regardless of when they were written. It's just unbelievable how relevant, all the way down to Donald Trump on numerous occasions using the phrase 'an enemy of the people.' I can’t get over it, frankly, how just every day it becomes more and more topical. I’m excited by that and I’m saddened by that," says Johnston.

"I think it’s a play everyone should see because it is so very up to the minute despite being written in 1882," he adds.