Camp David at the Alley: When the World Paused For a Moment of Hope 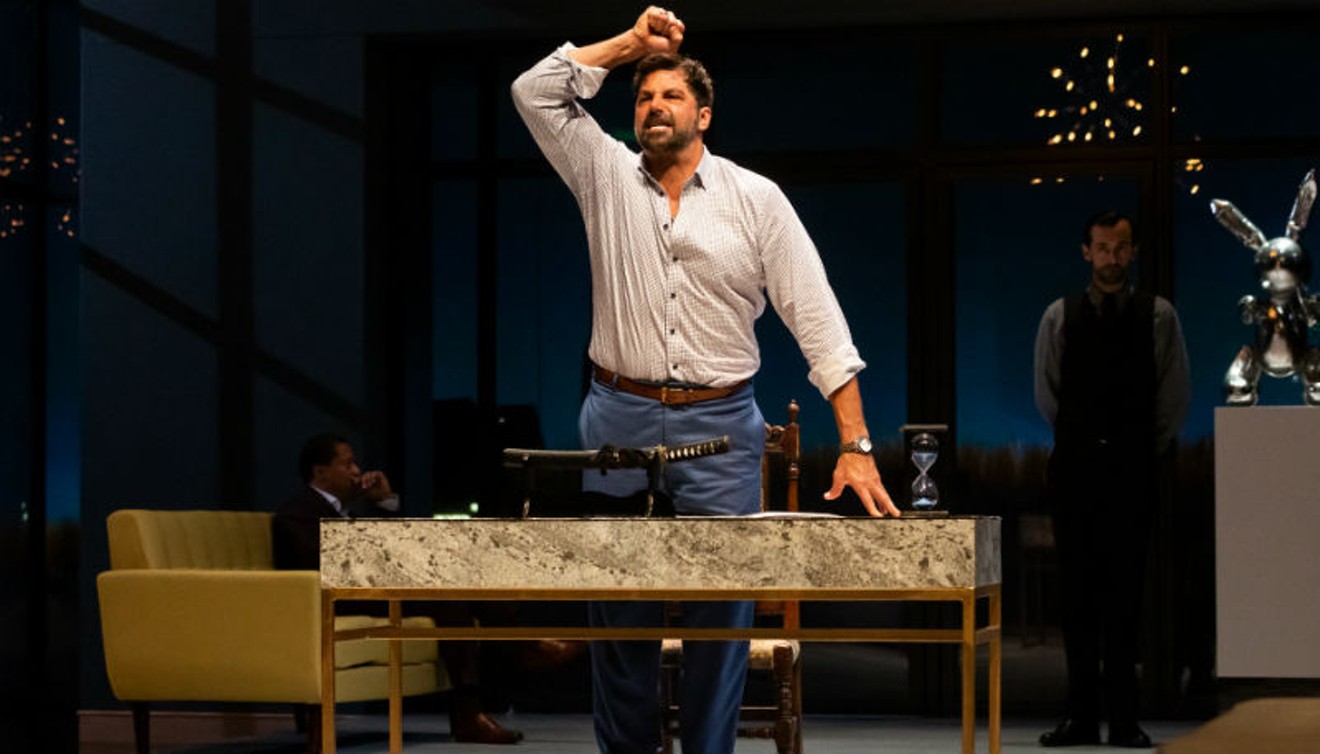 Elijah Alexander was an Egyptian child growing up in the Middle East when Camp David happened in 1978. "I was young but the image of the three of them — Sadat, Begin and Jimmy Carter — on the White House lawn had a big impact on me."

Despite this, he says he knew very little about Anwar Sadat when he was offered the chance to play the Arab leader in Lawrence Wright's Camp David, about to go on stage at Alley Theatre. But he soon changed that, plunging into a flurry of in-depth research.

"The excitement was about the project at first and to be able to play one of the principal [members]. I wouldn't say he was the foremost peace maker because that was Jimmy Carter who put this all together. But Anwar Sadat was truly a man of peace. He was a man of war as well and respected and admired for both but the gesture that he made toward making peace in the Middle East was the biggest that the world had ever seen," Alexander says. "In doing the research on him and delving into his own personal history, a real deep and profound love and respect has been cultivated in me for this man. I couldn’t be more excited about being able to walk in his shoes and bring part of his story to the Houston community."

In 1978, Israeli Prime Minister Menachem Begin and Egyptian President Anwar Sadat, aided by U.S. President Jimmy Carter and First Lady Rosalynn Carter, signed a series of agreements that came to be known as the Camp David Accords — in an attempt to diffuse the tension and war that wracked the Middle East.

"For 13 days and a few months afterwards they all had a strong belief that peace was possible. They dwelled in possibility," Alexander says. All those high hopes that, in retrospect, that seem all the more bittersweet.

This was Alexander's first chance to play Sadat, an icon in the Middle East. "He was the president and an unlikely hero as well. That's another thing that really interests me about him. He was completely unexpected to take the presidency in Egypt. Lawrence Wright refers to him as 'the master of the unexpected.'  He rose from abject poverty as a small villager in the Nile River Delta of Egypt. He rose to a man of significance and importance," Alexander says. "He considered himself Egyptian to the core and this is interesting because he's mixed race. His mother was Nubian Sudanese and his father was Nubian Egyptian. He dealt with racism and segregation growing up. His mother Nubian Sudanese and father Nubian Egyptian."

Alexander who is now based in Los Angeles after nine years in New York City, says "I would describe my character as a reluctant prophet of peace. A hero in war and a hero in peace. A deeply feeling man who is a man of strategy, a man of great faith that really is the center of his mighty purpose."

"Despite all the counsel around him from the Arab League and the Arab Nation, he went to Israel and he was the first Arab leader to do so in '77 and he was defiant but he was mission driven. He set out to create a new Egypt where the people could thrive and lie in peace with their neighbors. And he was hoping to restore Egypt to its former greatness."

Playwright Wright, who won the 2007 Pulitizer Prize for his non-fiction book The Looming Tower: Al-Quaeda and the Road to 9/11, lives in Austin and was a former writer for Texas Monthly and The New Yorker. His knowledge of the Middle East was crucial to the authenticity of Camp David, Alexander says.

"When he was killed in '81 I was still a young boy. Much of audiences today even though they know the names they don't know who these men and women were and what strides they made toward changing the not only the political landscape not only of the Middle East but the world," Alexander says.

But knowing the history or not, audiences of any age should be able to relate to this story, Alexander says. "Knowing the risks they all took, they all took significant risks. Sadat, a risk to his life; he risked his life and it came to pass. He was assassinated because of his trip to Israel, because of his trip to Camp David. I think people, after spending time in Camp David for two hours, [will realize] the risks these men all took, and the importance of those risks to creating and cultivating peace."