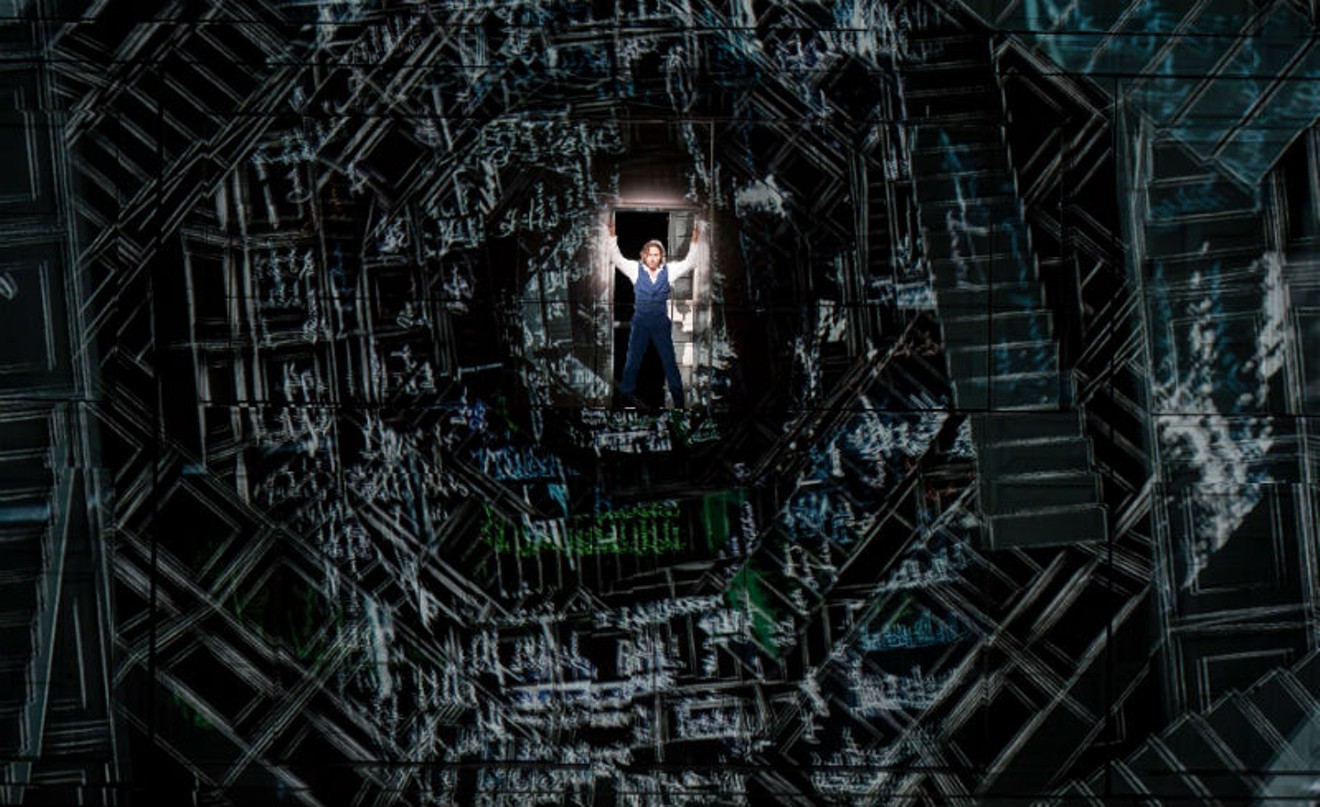 Well he had charisma. And a certain brand of courage at the end. Otherwise, it might be difficult to find too many kind words about Don Giovanni, the title character in the opera by the same name with music by Mozart.

Houston Grand Opera has teamed up with The Royal Opera, Covent Garden to present a new production of the classic tale about the man living in mid 18th Century Spain who loved and threw aside countless women. As the opera begins, Don Giovanni is somewhere inside the Commendatore’s house, trying to seduce his daughter Donna Anna while Giovanni's servant Leporello, stands watch outside.

Suddenly Giovanni rushes out with Anna in pursuit trying to unmask him. Her father follows in short order, and engages Giovanni in a duel. The Commendatore dies and Donna Anna makes her fiance Octavio swear to avenge his death, once they figure out who has killed him.

Ailyn Pérez (Countess Almaviva in The Marriage of Figaro) is making her role debut as Dona Anna, the woman so consumed by what has happened to her father that she cannot stop herself from becoming obsessed with revenge.

Part of the reason Perez wanted to make her role debut here was the chemistry she has with HGO Music and Artistic Director Patrick Summers. "He has a meticulous sense of musicality. He can also see the range of possibilities for a voice," she says.

Perez hints that this interpretation of  Don Giovanni has more than a few surprises in it. — including the ending.  Historically, she says, "We could take her [Donna Anna's] words as truth and in the text she says that Don Giovanni is having his way with her in a forced nature or rape, and we're not playing it that way. We're starting the opera with a consensual fun frolic with Anna and Don Giovanni. And keeping that story alive is definitely a different journey for an Anna and for how she relates to Ottavio.

"Octavio is receiving all these orders from Anna to avenge her father's death and her honor," Perrez says. And the moment Octavio decides to do something, Anna starts having regrets, realizing she doesn't want Octavio to do it. "Because he's so pure and his love is so noble and so innocent.

"Anna can't quite do what she ought to do which is one, tell him the truth. She knows it will ruin anything. At the moment he pulls a gun on Don Giovanni, she realizes it's gone too far."

Don Giovanni resonates today, she says. "Maybe it's the perspective that Mozart gives us, the age old stories of men and women and love and intrigue and death.To bring it to light in a way to challenge us still today — how you tell the truth, how you are in relationships. These stories don't go away It feels so ahead of its time and yet here we are still figuring it out."

Performances are scheduled for April 20 through May 5 at 7:30 p.m. Tuesday, Friday and Saturdays and 2 p.m. Sunday at the Wortham Center, 500 Texas. For information, call  713-228-6737 or visit houstongrandopera.org.$20-$270. You can pay your age for an opera ticket if you are under $25. Call ahead and bring ID. There are also a limited number of $15 tickets available for first-time opera goers and student groups. Call ahead for information.