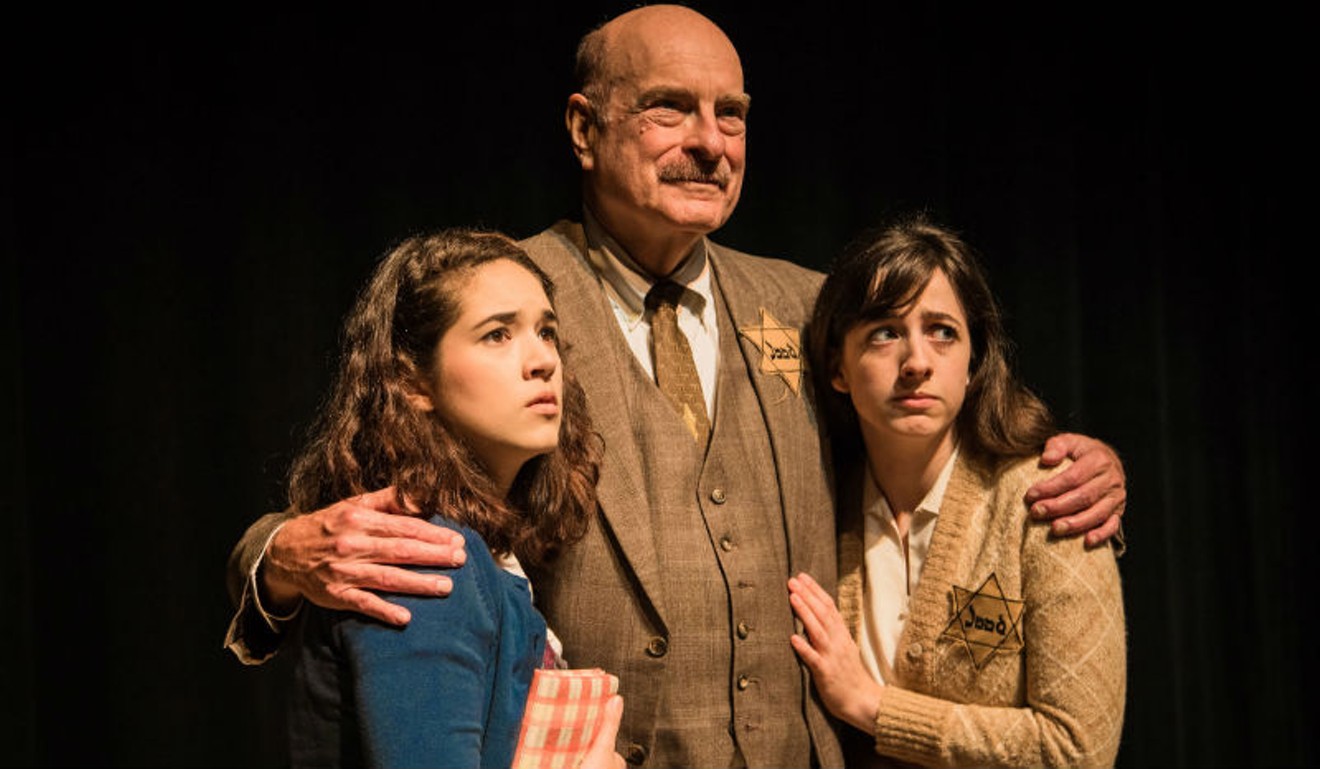 Vivienne St. John, Artistic Director of Main Street Theater's Theater For Youth, was — like many people — sadly surprised by the recent anti-Semitic attacks in New York City. She had hoped, thought, that kind of prejudice and violence against Jews was a thing of the past.

Totally coincidentally, because it was planned more than a year ago, her theater will be presenting The Diary of Anne Frank which, as she puts it, "Especially right now I think it is very important."

As most people know, Anne Frank and her family were Jews who lived in an upper attic in an apartment in Amsterdam as they tried to evade being rounded up by the Nazis during World War II and sent to a concentration camp. Seeking to avoid detection, they and another family that moved into the space with them, had to remain silent during the day and Anne spent a lot of time writing in her journal. All were ultimately discovered and sent to the camps where only Anne's father survived. Her father published Anne's diary in 1947.

"The story is about a young girl and her growing up during the Holocaust and in hiding," says St. John who is directing the play. "It's about her coming of age and her relationship with her family and other boy that is hiding with her." The message of the story is to always have hope, no matter how much negativity there is in the world, she says.

The Diary of Anne Frank, the book, has been translated into many languages and read by millions. It is often required reading at the middle school level, but in spite of this, St. John says, she encounters many teens and adults who think Anne was maybe a fictional character. No, the Frank family story was real.

Translating the book into a play is important, St. John says, because acting out Anne's words can bring them home even more.

"When you put something on stage you bring it to life. We encourage [students] to read the books before they come to see our shows," she says. The intimacy of a stage performance can make the story even more alive and real to an audience, she says.

"In the rehearsal today Anne is giving out her Hanukkah presents. She gives her father a scarf she made from scraps in the attic." Knowing that this would be the last time they would celebrate Hanukkah together, St. John says, "It really just touched me.  Seeing it done in person live just really affected me even more."

Main Street has partnered with Holocaust Museum Houston, the Anti-Defamation League, Interfaith Ministries, and Writers In The Schools for this production. There will be special presentations after the January 26 and February 9,  2:30 p.m. performances.
KEEP THE HOUSTON PRESS FREE... Since we started the Houston Press, it has been defined as the free, independent voice of Houston, and we'd like to keep it that way. With local media under siege, it's more important than ever for us to rally support behind funding our local journalism. You can help by participating in our "I Support" program, allowing us to keep offering readers access to our incisive coverage of local news, food and culture with no paywalls.
Make a one-time donation today for as little as $1.