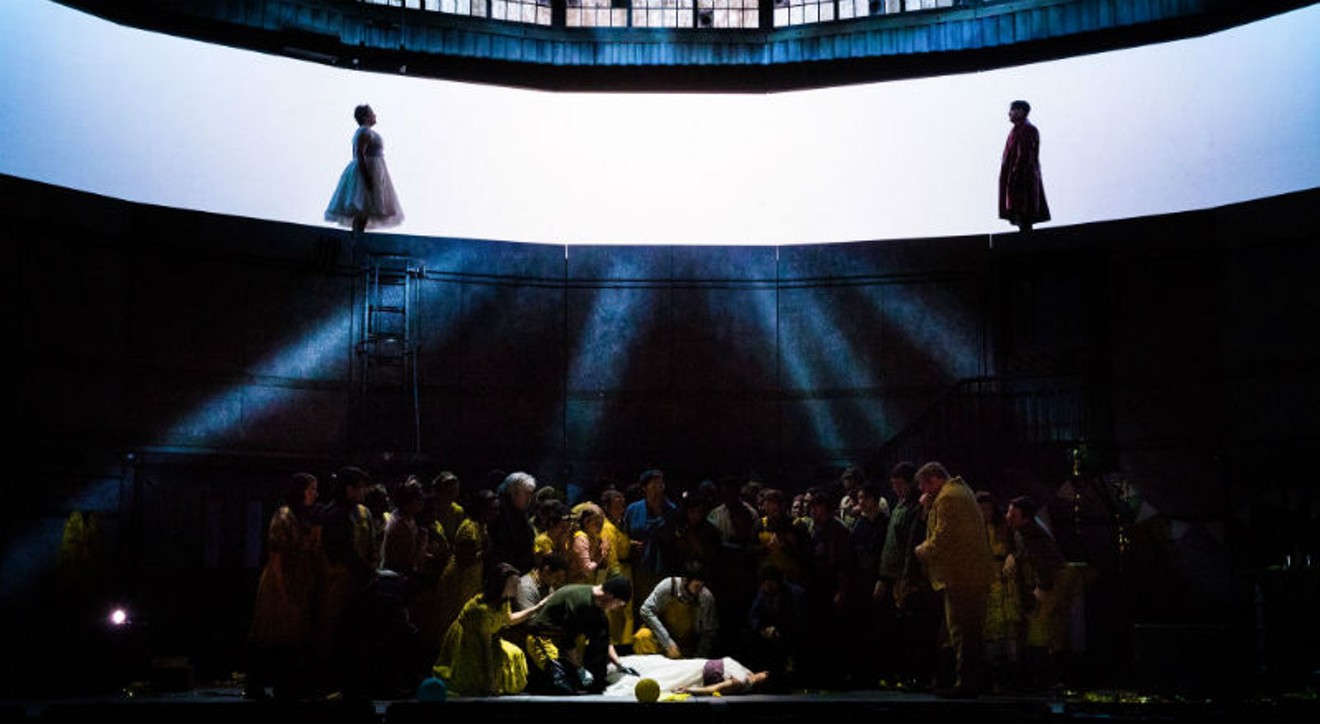 Wagner's version of the story of a ship captain doomed to wander the seas on a ghost ship until the day someone can remove the curse that has trapped him there is one of his earlier works and while the supernatural is central to the plot, not everyone achieves super human status.

As the story begins, on one stormy night a ghostly vessel crashes into the ship captained by Norwegian ship captain Daland. Aboard is a pale stranger who as it turns out has been cursed to spend eternity roving the seas. There is one possible escape: Every seven years he gets to touch land and if while there he can find a woman to love him faithfully, he will be released from his torture.

Once he discovers Daland has an unmarried daughter, the Flying Dutchman asks for her hand in marriage, offering a chest of gold in return. The greedy Daland immediately says yes and they set off for his home and daughter Senta.

Icelandic bass Kristinn Sigmundsson sings the role of Senta's father, Daland. It's a role he has sung before with the San Francisco Opera and The Atlanta opera. He enjoys singing Wagner. "His music suits my voice very well."

Describing his character, Sigmundsson says: "He's very human in a way . He's very like the normal person. He's an opportunist and he gets offered money in exchange for the marriage of his daughter. Of course he wants the best for his daughter. He's not sure exactly what's in it, how it's going to end, but he sees a good business opportunity there.

"He's not a deep thinker. He's a rather shallow man and he acts on impulse,," he says. "He sees a good business opportunity and he seizes it. Which makes him sorry at the end, of course."

In this co-production from Houston Grand Opera with The Atlanta Opera, and Cincinnati Opera, Polish baritone Andrzej sings the title role, while American soprano Melody Moore sings the role of Senta. 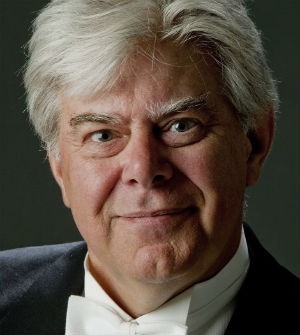 Kristinn Sigmundsson
Photo by Jeff Roffman
Asked why the Flying Dutchman story continues to fascinate audiences, Sigmundsson says he doesn't quite know.  "There's something for me indescribable; it's awe-inspiring somehow. And maybe it teaches us that not everything is as it seems. And maybe we should be careful about the world around us."

As to why Wagner tackled the subject from earlier accounts, Sigmundsson says: "Wagner, he seemed to be like many of his contemporaries. He thought a lot about the spiritual things and the interaction between the mortal world and the spiritual world. You see that in his opera Parsifal.

Although Sigmundsson flies all over the world to perform from his home base in Iceland, opera singer was not his original career choice, but rather something he eased into after teaching biology to students in the 16-20 age range in Norway's combined high school and college system.

"I always sang. I was in choruses," he says. One day as a member of the chorus he was asked asked to take on three small roles in La traviata.  He did it — even the tenor role, he says laughing — and one of the opera singers became his mentor.

"Little by little the singing took over and I stopped teaching," he says. Although none of his family sang professionally, several of his relativeson both sides of his family were good singers, he says.

Asked why people should attend this opera, Sigmundsson talked  in general and specific terms. "It's exciting. Iit's something completely different from what they usually experience. To hear opera singers live with a big orchestra is something that can't be reproduced."

And then referring to The Flying Dutchman itself he says: "There's a lot of suspense even in the quiet almost relaxed moments in the opera. There's always an undercurrent. There's always something going on under the surface. You see the effect it has on the audience. It's really gripping."

Performances are scheduled for October 19 through November 2 at  7 p.m. Friday, October 19; 7:30 p.m. Saturday, Tuesday and Friday, November 2; and 2 p.m. Sunday at the Wortham Center, 501 Texas. For information, call 713-228-6737 or visit hgo.org. $20-$270.
KEEP THE HOUSTON PRESS FREE... Since we started the Houston Press, it has been defined as the free, independent voice of Houston, and we'd like to keep it that way. With local media under siege, it's more important than ever for us to rally support behind funding our local journalism. You can help by participating in our "I Support" program, allowing us to keep offering readers access to our incisive coverage of local news, food and culture with no paywalls.
Make a one-time donation today for as little as $1.