Smartly Soulful, The Hiding Place Has Much To Teach Us 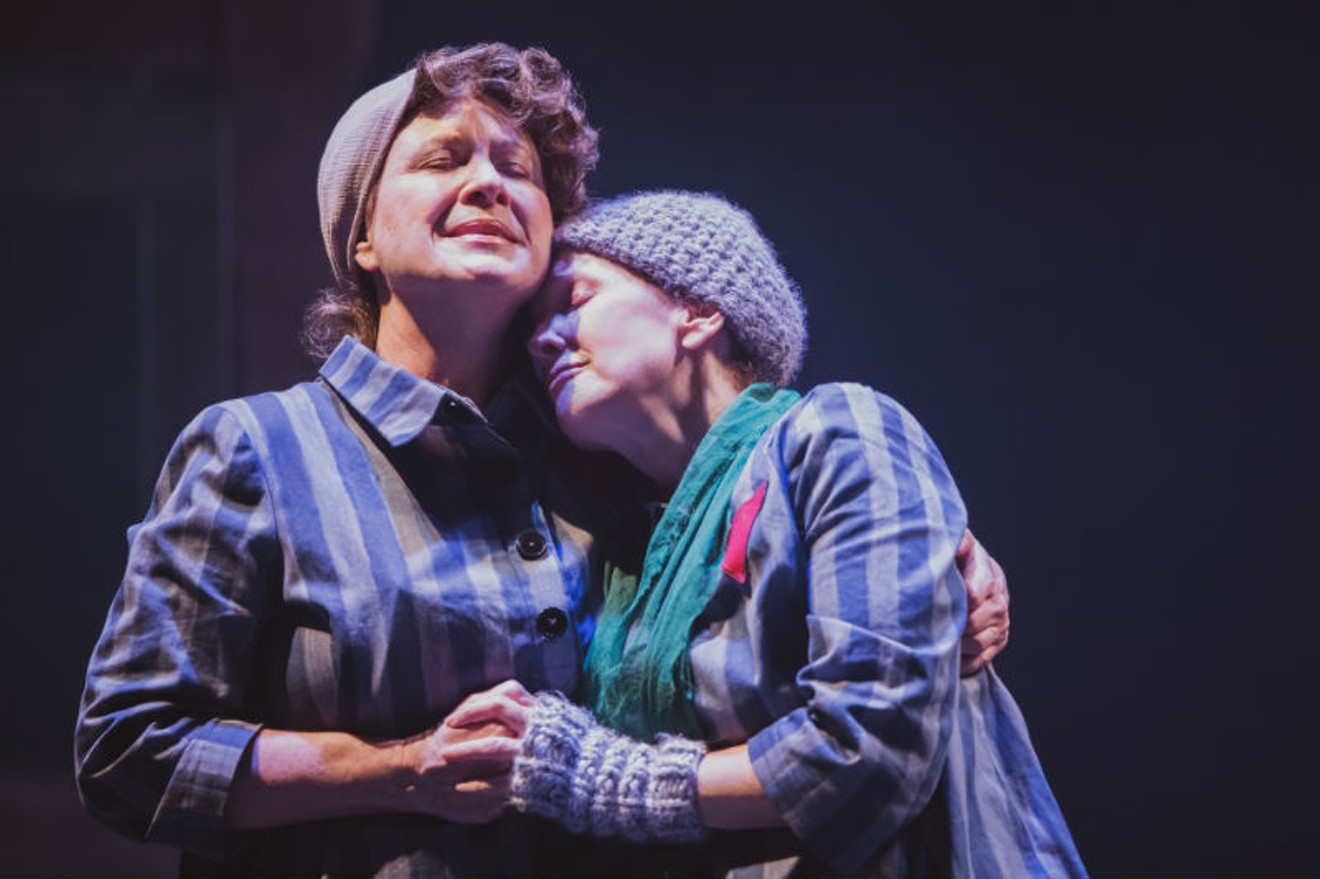 Sometimes a Holocaust story isn’t simply a Holocaust story. Not when it concerns itself with people’s kindness to those of another religion, even when the personal consequences are dire. When, in the face of unspeakable inhumanity, instead of turning away in fear or preservation, people step forward and help.

That’s exactly what Corrie ten Boom and her devoutly Christian family did in Holland during World War II. Forward they stepped, hiding hundreds of Jews and helping ferry them to safety after the Nazi’s invaded Holland. Their efforts were met with betrayal, capture, and deportation to a concentration camp.

It’s a story that sole family survivor, Corrie turned into the 1975 autobiographical book, The Hiding Place. Now, playwright A.S Peterson, thanks to a commission from A.D. Players, has adapted the book and given us a smartly measured yet soulful stage version of the heroic story.

Let’s start with the measured part. It’s a Holocaust narrative, so of course, there are the expected scenes depicting the cramped train deportations, the barking Nazis, the beatings, the torture, the deplorable living conditions, and the deaths. But what mercifully isn’t present, is overt melodrama. Instead of plucking the easy strings, Peterson instead carefully allows just enough tension and emotion in his script without ever overboiling the sentiment stew.

Then there’s the faith-based message at this play’s core. The belief in God’s love for all people that guided the ten Boom family to help the Jews is also the same faith that Corrie’s sister, Betsie clings to and preaches in the camp. Christ is with them, she believes. Hold tight to him and forgive those that wrong you, and the camps are just a pit stop on the bigger journey. Jesus’ love is greater than the worst humanity can do, she believes.

It’s a bit of a harder narrative sod to lay down, and in other hands, it likely would skew far more Sunday sermon that it does here. Not that a heavier religious hand wouldn’t have played just fine with the uplifting programming that is the mandate of A.D. Players. But while Peterson does include a healthy dose of biblical passage reading in his script (Betsie reads the Bible every eve to her eager camp bunkmates), it somehow never feels uncomfortably dogmatic for those of us in the audience not of the same religious beliefs. If faith is what drove this wonderful family to do these remarkable things, then, by all means, let them revel in their faith when they need it most.

And it’s not just their selfless actions that make us believe they’re wonderful. We’ve had a whole first act to get to know them, and that’s really where the soulful part of this production lies. Peterson introduces us to the Dutch watchmaking family as they live, work, and love together with such natural warmth, humor and family quirks that we can’t help but fall for them even before they help one single Jew into hiding.

Director Kevin Dean takes this soul and orchestrates an effortlessly warm ten Boon family. As the patriarch, Casper, James Belcher (an actor we don’t see enough of) is avuncular yet pleasingly solid in his ethics. Brother Willem (Ric Hodgin) is the morally proactive one of the bunch. Betsie can be frustrating in her unrelenting Christian-based optimism and forgiveness, but Celeste Roberts plays her with a hard to resist practical no-nonsense sweetness.

Then there’s Nan Gurley as Corrie. It’s through her eyes that we experience this story, both as remembrance and flashback. And no matter which mode or which setting, Gurley shines. She’s serious one minute, sarcastic the next, questioning, angry, upset, resigned and ultimately given to the same faith her sister gifted her. And it’s all handled with superb dexterity and finesse. There may be a lot to like about this production, but by far, Gurley’s performance is at the top of the list.

The cast of almost 20 supporting performers all fare quite nicely despite some issues with accent here and there. Standouts are Doug Atkins as Hitler Youth turned Nazi Camp Director, Otto. Originally an apprentice in the ten Boom shop, Otto stands in for much of the evil in the story and Atkins makes our skin crawl with his darkness. Unfortunately, this effect is marred somewhat by an unfortunate Hollywood twist at the end of the play. The one major misstep Peterson takes.

Jeff McMorrough stood out as city official Pickwick, friend to the ten Boom family and originator of the hiding plan, Some actors, no matter how small a role, catch our eye and McMorrough’s easy and appealing presence was noted each time he took to the stage.

Also noteworthy was the stage itself. Scenic Designer Kevin Rigdon worked his magic once again and gave us a minimalistic darkly backdropped design. Smallish set pieces were wheeled in and out as needed – the watch shop, the camp bunk beds, interrogation rooms, pulpits. Most clever was his claustrophobic hiding place and deportation train. Both fronted by a transparent (when lit) scrim that allowed us to see the poor souls that were hidden or housed within, the effect was haunting in its simplicity.

That this show is opening the A.D. Players 2019/20 season is no coincidence. The company’s founder, Jeanette Clift George (who passed away in 2017) starred as Connie in the movie adaptation of The Hiding Place and was a Golden Globe nominee for her role. It’s a lovely tribute to the woman who made this company possible.
But, intentionally or not, this show is also far more than the historical sum of its parts, this is play that addresses our today. How grace and goodness and, yes, being a Christian (or any kind of believer), behaves when another religion or culture is being persecuted.

Not everyone can be as valiant as the ten Boom’s. That takes a special kind of human. But good is not the enemy of perfect when it comes to doing right. The greatest gift The Hiding Place gives us is aspiration to act. Real, doable, actionable ways to behave.

As Casper says in the show, “There is no better work than may my home be a refuge for those in need.”

The Hiding Place continues through October 13 at The George Theater, 5420 Westheimer. For information, visit adplayers.org. $25-$75
KEEP THE HOUSTON PRESS FREE... Since we started the Houston Press, it has been defined as the free, independent voice of Houston, and we'd like to keep it that way. With local media under siege, it's more important than ever for us to rally support behind funding our local journalism. You can help by participating in our "I Support" program, allowing us to keep offering readers access to our incisive coverage of local news, food and culture with no paywalls.
Make a one-time donation today for as little as $1.