Wit In The Face of Cancer Still Resonates 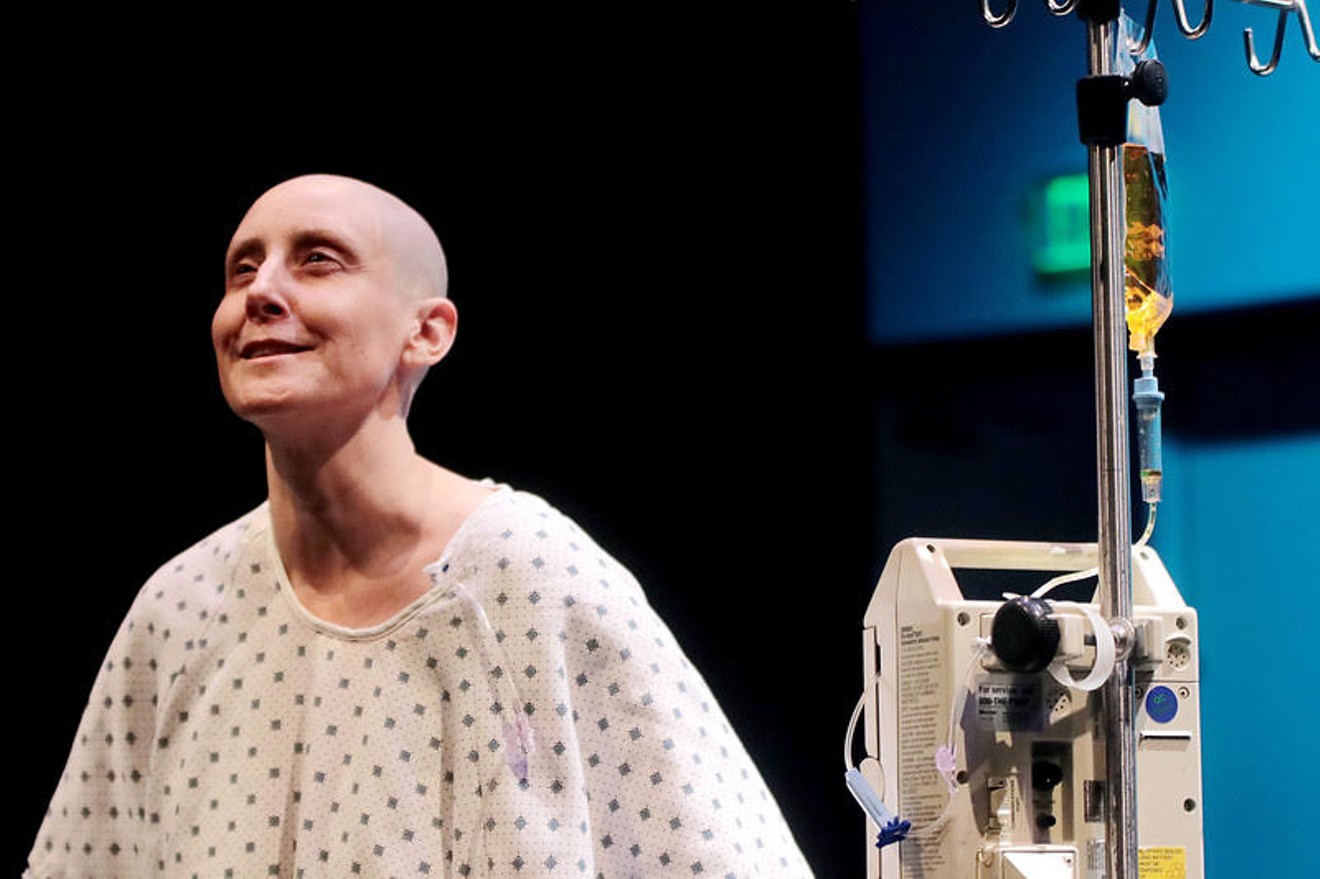 Pamela Vogel in Wit Photo by Pin Lim
Why now? It’s one of the crucial questions of theater critique. Why are we seeing this show now? What does it have to say to us, this audience, here as we are? Why was it programmed for us at this time?

With older shows, responses can in some cases be tricky, having to navigate issues ranging from datedness to changing tastes. Often, there's no good answer to why now, leaving us out to sea in unmoored and muddy artistic waters.

But Wit, Margaret Edson’s 1999 Pulitzer Prize-winning play, has no such problem. Not because of the prestigious award, but rather the subject. Cancer. Personal, terminal, grace-stealing cancer.

It’s a subject that by no means is dated. We know it’s coming 'round the mountain for people we know, people we love, maybe even us, and it's terrifying. Even with medical advances, a drama about cancer from 1999 plays just as urgent, relevant and gut grabbing in 2019.

An emotional, heady and forgive me, witty, role as Vivian, a poetry professor specializing on the 17th century, dying of stage four metastatic ovarian cancer.

Is there any wonder that the show’s presenter and star, Pamela Vogel, wanted to do this play? Not that we’re complaining, Vogel is quite terrific in the role, taking full control of the self-aware and often quite funny monologue that comprises most of the show.

We meet Vivian post-diagnosis as she's agreeing to undergo eight weeks of intensive and research-driven chemotherapy for her pernicious disease. Barefooted and wearing nothing but a hospital gown for the entirety of the show, Vivian is someone fluent in analyzing and mastering complex works. She’s a specialist in John Donne after all, the poet that takes metaphysical poetry about mortality and makes it even more complicated.

She’s someone used to being in control and knowing her place. A woman with perfect diction, an impressive vocabulary, lofty ideas and a sense of perfection and drive.

However, not her sense of self, intellect, her vaulted teaching position or even Donne, who she quotes voluminously in the show, can help her overcome the inevitable. It’s this paradox of life and death that’s the ultimate exploration in the play.

Thankfully for us, as deep and potentially dreary as that sounds, Edson (who herself worked in an oncology unit for a time) gifts the character of Vivian with sarcasm and humor, never making light, but distinctly lightening our journey.

“You may remark that my vocabulary has taken a turn for the Anglo-Saxon,” says a post-chemo Vivian after she declares to us that she needs to “barf her brains out.”

As the med fellows make their rounds, gathering at her bedside to speak about her case as if she weren’t there, Vivian tells us with an implied wink, “I used to teach, now I’m taught. Now I just lie here and look cancerous.”

It’s writing like this, clever, never shmaltzy, nor overly maudlin or heart string pulling that allows Wit to pull us in.

As Vivian, Vogel shows actorly muscle with humor and humanity (right down to her shaved head), making us care deeply, even if we can never really fall for Donne’s poetry the way she obviously has. In fairness, this may be my roadblock as I’ve never found his work especially compelling. No matter which production of Wit, I always struggle with the incessant reading of Donne’s poetry in the show, wishing I had a remote to fast forward through those bits.

But while I wish I had digital technology to help with the poetry parts, I wish I could vanish the tech effects that director Vance Johnson has added to this production.

Several times during the show, the action stops on stage, only to be continued in full-size video version on the back wall. Vivian’s diagnosis, her exam, a flashback to her lecture hall…all happen as poorly-lit, tinny-sound amateur video is projected to us while Vivian stands, back to us, and watches on stage.

Wait, we think. Isn’t the point of theater to watch live people on stage performing? Isn’t that the thrill? Isn’t that why we put on pants and brush our hair and get up from watching Netflix all night? To see live people do things in front of our eyes? Why are we watching jump-cut, prerecorded footage when all of this could actually be happening on stage?

Not that the other actors (doctors, nurse, former professor, students) in the show actually factor much. They’re really just props for Vivian to play off of. But despite what seemed like opening night wobbles from a couple of them, the production would have felt far more pressing if all could have gathered on stage to help create this world for us.

And yet, issues aside, the why of Wit still shines through, strong as ever. We may notice what didn’t work perfectly, what was tried but didn’t fully succeed. But what we leave with, is the trajectory of a human. A strong, smart, intellectual woman who prizes the complex over all else, reduced to the simple: fear, popsicles and the need for a hug all because her cells won’t stop replicating.

We are all the same, us humans in the face of painful, life-sucking disease. And until that narrative gets rewritten by science, Wit will remain a show that powerfully and unfortunately resonates.

Wit continues through September 15 at MATCH, 3400 Main. For tickets, call 713-521-4533 or visit matchouston.org/events/2019/wit or daingeist.wixsite.com/htownequityfestival. $29.
KEEP THE HOUSTON PRESS FREE... Since we started the Houston Press, it has been defined as the free, independent voice of Houston, and we'd like to keep it that way. With local media under siege, it's more important than ever for us to rally support behind funding our local journalism. You can help by participating in our "I Support" program, allowing us to keep offering readers access to our incisive coverage of local news, food and culture with no paywalls.
Make a one-time donation today for as little as $1.