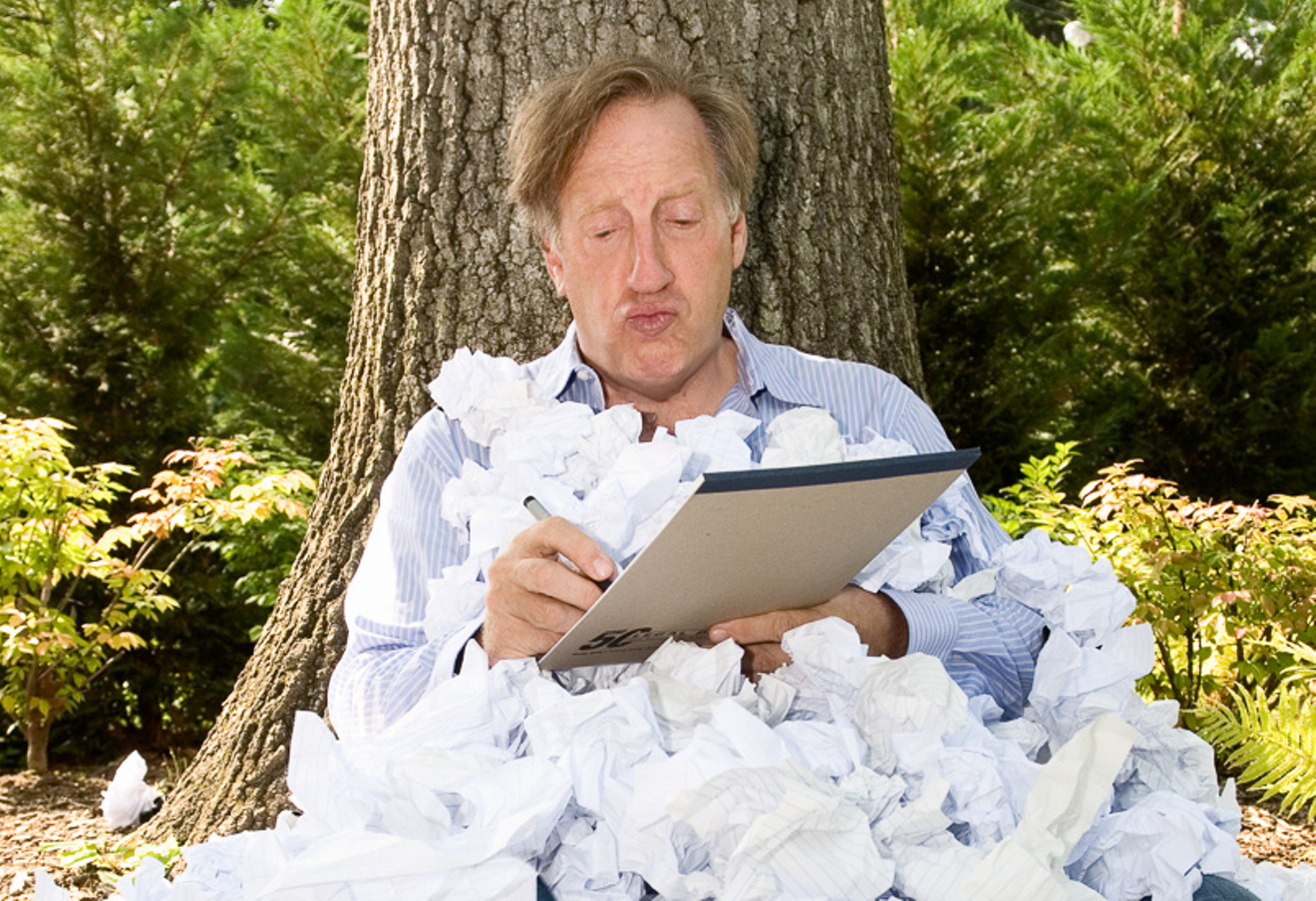 With nowhere to go at the moment, Alan Zweibel puts his whole life on paper Photo by Jill Lotenberg

Memory is a funny thing - and Alan Zweibel knows a bit about what’s funny.

Over his nearly 50 years writing comedy, Zweibel has worked with the likes of Bill Murray, Billy Crystal, David Letterman, Larry David, Dave Barry and more. Now he’s gone over his past with a fine-tooth comb to put together his autobiography Laugh Lines: My Life Helping Funny People Be Funnier.

In a phone conversation promoting his upcoming virtual appearance in Houston on May 21, the writer explains his entry into penning his own history. “My friend Mary Karr, who is probably America’s foremost memoirist at this point, has often said that memoir is not a function of memory,” Zweibel pauses, before laughing: “Ha! I forgot exactly what she said! But she implies there is a fraudulence to it because we select and choose that which we want to remember, that we want to heighten or downplay.”


In reflection of a vast career in showbiz, Zweibel wasn’t shy to recruit his army of high profile contacts to help research these stories, where possible. “What I did was send out individually questioners, or my first draft of certain sections to the people who were involved,” the 69-year-old says. “I sent to Franken, to Anne Beatts and Rosie Shuster from SNL, I sent to Judd Apatow and I sent to ol’ Paul Feig, the director from Bridesmaids. I sent to Ed Solomon who used to write for us on It’s Garry Shandling’s Show, who went on to write Men in Black and Bill & Ted’s Excellent Adventure. Am I getting this right? What was your perspective on it? I wanted to enrich those areas in the book, and I wanted to make sure I wasn’t crazy.”

While this is not the first time the Emmy-winner has dabbled in put himself on the page (he put his friendship with Gilda Radner center stage in Bunny Bunny –A Sort of Love-Story), Zweibel was keen to sharpen his book with every perspective set of eyes he could borrow. “I showed Larry David the manuscript. I gave it to Billy Crystal, Richard Lewis, the parts he was in. I asked him questions, he answered. I did that with just about every person. Martin Short! Same thing. It was Marty himself, who had actually written his own memoir and he said: ‘Maybe what you want to do is send people the pages where their name is to see if they remember it the same way, if they object’ It was great advice. It was my instinct, but he verified it.

So I kept my opinions and my perspective but at the same time if I had gotten something wrong, I wanted to know about it. I want it to be fair, and substantive.”


While much of his book tour has had to adapt to the ever-intrusive nature of the pandemic-led self-isolation, Zweibel seems eager to adapt by offering the Evelyn Rubenstein Jewish Community Center in Houston a virtual visit for free.

“I’ve been doing a few of these, usually I’m going all over the country. But as you know all the live appearances have postponed. I was supposed to appear here in New York the day the book was launched with Lewis Black at the 92nd Street Y. And the following week Larry David and I were supposed to appear at a theater in Beverly Hills, at that’s been postponed to maybe August, maybe God-knows-when. But Houston, I have a huge affection for so I’m happy this is happening.”

Thankfully, Zweibel got a jump on the litany of future tell-all books surely coming as this quarantine wears on – and Laugh Lines is crème of the crop. Looking back at his many successes, the humorist is charged with also dealing with what he considers his famous missteps. “When you write something like this, you go back to each era and what it does is – you not only get placed back in this era to remember anecdotes and people that weren’t at the fore of your brain, but it does also give you a sense of objectivity. That’s basically something hindsight bequeaths us – should I have done that, should I not have known what I know now.

“Once you write something and produce it, it’s in the hands of different god! Timing, or whether people want to see that, what else came out around the same time [which] we have no control over. Anything, with the exception of that show, was about something I believed in, and I executed it to the best of my ability.  That decision to do it, I allowed myself to be talked into it coming off of It’s Garry Shandling’s Show and as I describe in the book, when I say I’ll do it, in the middle of the night my wife would say to me ‘You don’t want to do this show!’ It didn’t sit right, it didn’t feel right. Because we remember the process, we don’t remember the product. The product is put out there and that’s other people’s judgments or you look at it, and think I like that. It’s the process you remember. I’ve done things that are successful but my memories are ‘eh.’ But I did things that didn’t work, but that’s the project where we became friends with so and so, or we went to Hawaii. It’s the process. That show hit the Quinella – because I hated the process and I hated the product!”

While the book is front of mind for the writer, it’s not the only major project he has on the horizon. He’s also co-written a new Billy Crystal vehicle called Here Today, which finds Crystal both directing and starring opposite Tiffany Haddish. But with release schedules up in the air, not even Zweibel knows when we’ll get to it!


Perhaps it’s no coincidence then, that with dozens of household name comedians in his Rolodex, Crystal himself landed Laugh Line’s forward position. “Billy and I are very well aware of the poetry of our friendship,” he recounts, fondly.  “It started in the clubs. I was living with my parents, and he lived about three-four towns over. We became friends. He used to pick me up at night in his little blue Volkswagen. We drove it to the city to a club called Catch A Rising Star. We were both starting out, both telling our jokes, and on the way back we’d listen to our cassettes and critique each other. We became friends but never worked with each other.”

“Years later – he, Larry David and I shared offices in a suite at Castle Rock, which is Rob Reiner’s production company. He had hosted the third Saturday Night Live ever! So the fact that were all together, what were the odds of that? One day, Billy sticks his head into my office and asks if I wanted to collaborate on a one-man Broadway show about his family called 700 Sundays. And I did that with him, and it was a really big highlight not only of my career – we won a Tony and all of that – but more-so, here’s my good pal trusting me with his family, to write about them. It made our friendship even closer, we became brothers!

“The fact that he did the forward, he was the logical first choice. But I asked him while we were in pre-production for the movie, and I would have accepted if he would have said “Alan, there’s just too much with casting…” and I would have understood completely. But I felt almost honor bound to ask him and he jumped all over it. The fact that the subtitle of the book is My Life Helping Funny People Be Funnier – he speaks to that. He speaks to the collaborative effort and our friendship. If you read nothing else, read his preface – it’s very sweet and very complimentary.”