Beatriz Gonzalez Retrospective Documents the Making of an Art Activist 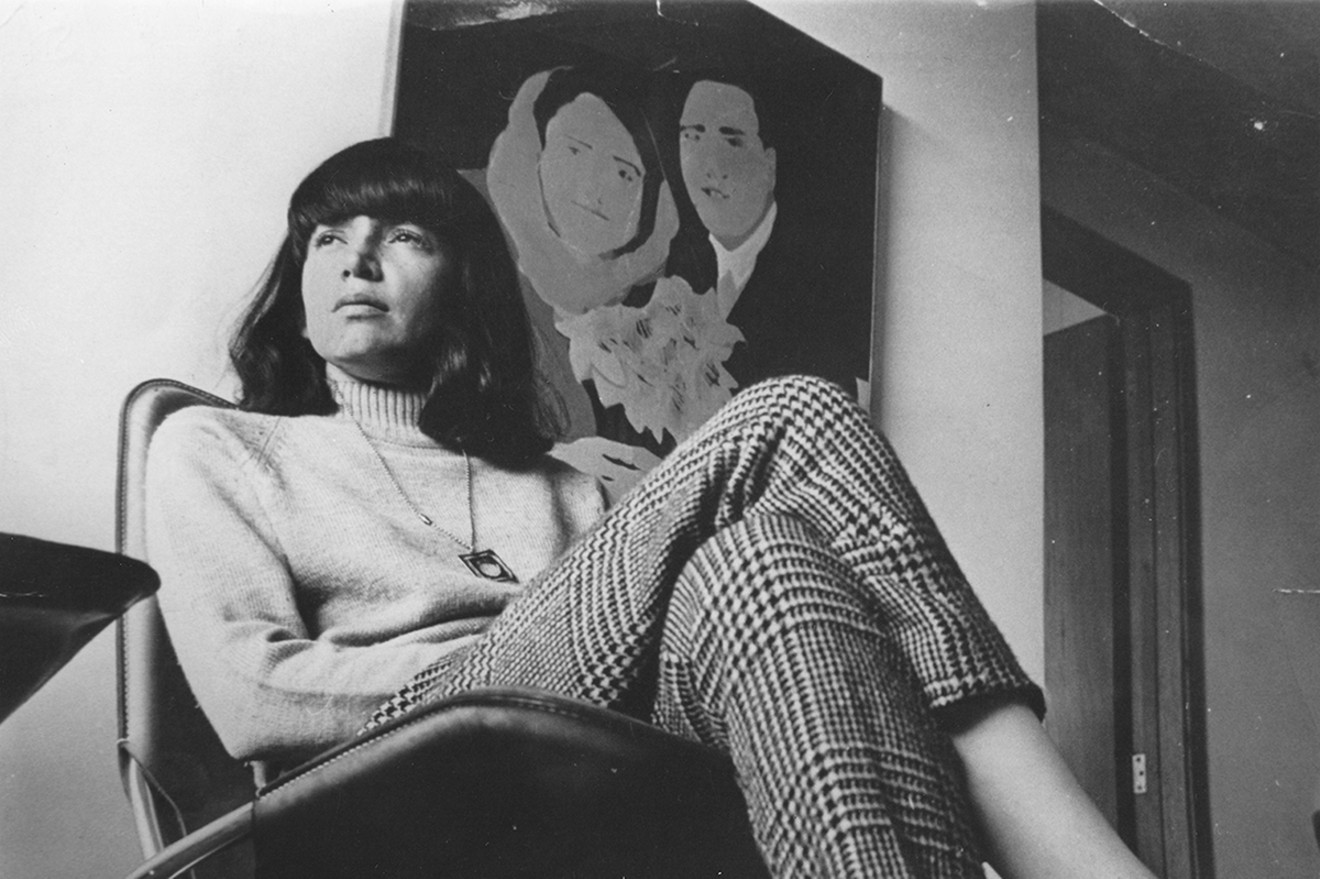 What is important to young adults suddenly shifts with parenthood, then morphs again throughout each of life's seasons. Taste in music changes, opinions about politics, or thoughts about what really and truly matters.

Those shifts are magnified in a new exhibit just opened at the Museum of Fine Arts, Houston, a retrospective of work by Colombian artist Beatriz González that lets viewers follow her career chronologically, moving from mass-media influences to a fascination with celebrity and the royal family, then breaking away from the norms to embrace furniture as a canvas and eventually — unable to look away from the corruption, death and injustice in her own country — speaking up for those who can't through her art.

So it's a safe bet that, no matter your age, there's something that will speak to you among the more than 130 objects in "Beatriz González: A Retrospective."

Worried about the immigration problem? I lived in Caracas, Venezuela at the beginning of its democracy, when the country had the richest economy in South America. Now with the worst inflation rate in the world and on the brink of financial ruin, more than four million of its residents have fled to avoid starvation. So it was difficult to view González's depiction of that immigration crisis through the Colombian prism, as in the digital print Zulia Zulia Zulia Cenefa where the refugees are depicted in backlit shadow, stripping them of their individuality to become "others."

Are you sick and tired of government corruption, no matter which side of the aisle you think it resides? View her reaction to the 1985 Palace of Justice siege where 11 justices on the Supreme Court were among the 98 people murdered by an M-19 Marxist guerrilla group. The incident marked a sea change for González, who today is 80 years old.

She knew then that it was time to leave her humorous and playful artistic style behind to document violence in all its forms. Los papagayos shown here is actually a segment of her original gouache on paper that spanned almost 40 feet in length. The 1987 work depicts President Belisario Betancur surrounded by his military generals and satirizes his constant presence on television — always talking and giving speeches without saying anything significant — and depicting the repeated figures in the garish colors of parrots. 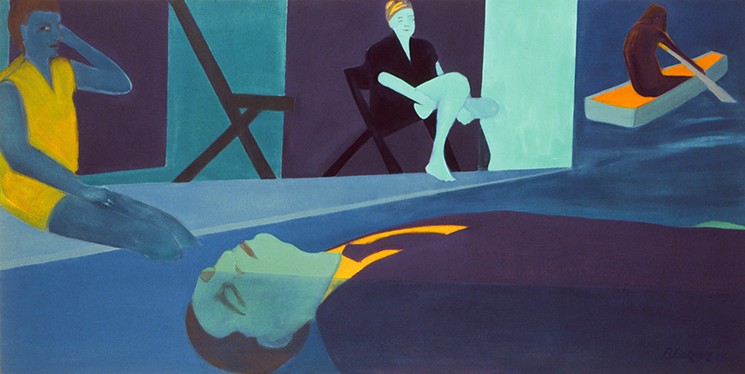 Drug use in the United States makes up the largest market for Colombia's cocaine exports, so it's no wonder that the country's coca acreage is at an all time high. But crime is part and parcel with that lucrative crop worth more than ten billion dollars a year, and Pablo Escobar's narco-terrorism of the 1980s and '90s fed the newspapers with endless images of corpses, coffins and funerals, while also giving rise to new professions: scooping floating corpses out of the river, undertakers, grave diggers. These images consume a large portion of González's works in this show, from depictions of grief, pallbearers, and the transportation of bodies onto everything from metal street signs to charcoal drawings on long fabric scrolls.

But it's not all doom and gloom, and that's to be expected with a retrospective that spans more than 60 years. If I had a tail it literally would have wagged when I entered the room that depicts her furniture era, where she transformed the ugliest and most kitschy furniture into canvases for her paintings. This is also the period where she began experimenting with enamel on aluminum.

The galleries at the beginning of the exhibit cover her earliest works, from her early interpretations of paintings by Velázquez and Vermeer to her realization that she preferred to appropriate images from the zeitgeist rather than painting from life. Using newspapers for reference led to her signature flattened style and in each of the gallery spaces viewers will find vitrines that document her influences. Jackeline Oasis, by Beatriz González.
Photo by MFAH, © Beatriz González Archives
Her fascination with celebrities also is evident in these early works. There are pastels of children bearing Lyndon Baines Johnson's face, portraits of El Libertador Simón Bolívar, and more than a few of the royal family: Queen Elizabeth and Princess Anne, the latter on her honeymoon in Cartagena with a windswept skirt revealing an undignified view in Los reveses de la realeza (The setbacks of royalty). Even Jacqueline Kennedy Onassis — our own queen of Camelot — is depicted in postcard fashion on a camel in Egypt.

We have seen her work earlier in Houston, during 2004's "Inverted Utopias: Avant-Garde Art in Latin America" at the MFAH, an exhibit that was named Best Art Show in that year's Best of Houston® and, the following year, a Best Curator award for Mari Carmen Ramírez, who curated the show along with Héctor Olea.

"Beatriz González: A Retrospective" is the artist's first career retrospective in the United States and made its debut earlier this year at the Pérez Art Museum Miami. The exhibition was co-organized by Mari Carmen Ramírez, the Wortham Curator of Latin American Art and Director, International Center for the Arts of the Americas, MFAH, in tandem with Tobias Ostrander, Independent Curator and former chief curator of the Pérez Art Museum Miami.

"Beatriz González: A Retrospective" will continue through January 20, 2020 from 10 a.m. to 5 p.m. Tuesdays and Wednesdays, 10 a.m. to 9 p.m. Thursdays, 10 a.m. to 7 p.m. Fridays and Saturdays, 12:15 p.m. to 7 p.m. Sundays at the Museum of Fine Arts, Houston, Caroline Wiess Law Building, 1001 Bissonnet. For information, call 713-639-7300 or visit mfah.org. Free to $17.
KEEP THE HOUSTON PRESS FREE... Since we started the Houston Press, it has been defined as the free, independent voice of Houston, and we'd like to keep it that way. With local media under siege, it's more important than ever for us to rally support behind funding our local journalism. You can help by participating in our "I Support" program, allowing us to keep offering readers access to our incisive coverage of local news, food and culture with no paywalls.
Make a one-time donation today for as little as $1.