Choreography, jazz compositions and visual art installations make for an interesting evening with Group Acorde's Origins. Photo by Pin Lim
It's all about the new this weekend in Houston. Group Acorde has found a novel way to blend jazz, choreography and visual art; Mercury's Antoine Plante is out with a new dark opera; a belly dancing class at the "J" is helping us fulfill those new year's resolutions; and Mildred's Umbrella has ripped headlines from the news to give voice to the #MeToo movement with a trio of works by female playwrights. Maybe not shiny and new, but the Houston Symphony has polished off some old gems with a Totally '80s concert that will have you singing "867-5309" and wishing you could "Turn Back Time," while the MFAH is treating dogs to a royal celebration.

What's your origins story? Just as the painter draws on red, yellow and blue to create secondary and tertiary colors, the creative team at Group Acorde has blended a trio of disciplines to develop Origins, an evening-length production coming to MATCH. Mix in some contemporary dance, with choreography by Jennifer Mabus, Roberta Paixao Cortes and Lindsey McGill. Give the production its own sound with jazz-inspired compositions by Andrew Lienhard, Thomas Helton and Seth Paynter. Visual artist André Amaral brings it all to life with set design and an installation. This multi-disciplinary collaboration gave rise to an interesting exchange of ideas, resulting in an original work that reflects Houston's diverse artistic culture. 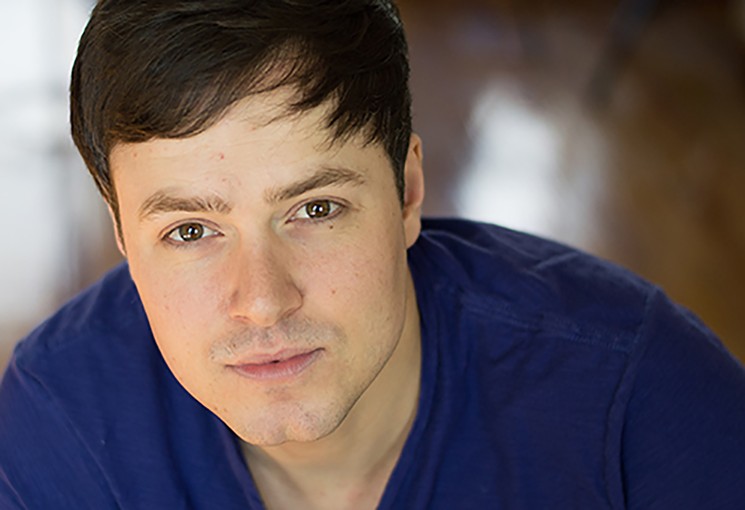 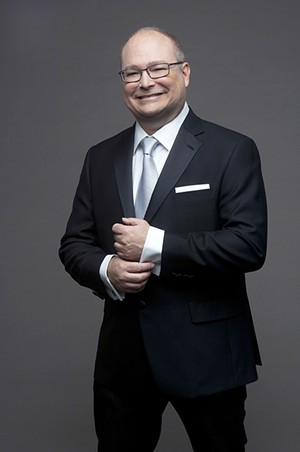 Members Only jackets, slap bracelets, Blockbuster Video and the Walkman. It's a good thing that many of these '80s cultural references have gone by the wayside, though we are sad to see the demise of the mixtape. Who could forget hits by Michael Jackson ("Smooth Criminal"), Phil Collins ("In the Air Tonight"), George Michael ("Careless Whisper") and Billy Joel ("And So It Goes")? Now we've got a chance to hear some of our favorite radio hits, including "867-5309/Jenny," along with film scores from Back to the Future and Ghostbusters, when the Houston Symphony presents Totally '80s. Bringing voice to the Pops Series program are Mad TV actress Nicole Parker, who defied gravity as Elphaba in Broadway's Wicked, and Aaron Finley (Broadway's Rock of Ages and Kinky Boots), who makes his debut with the symphony. Columbus Symphony Pops Conductor Stuart Chafetz directs. 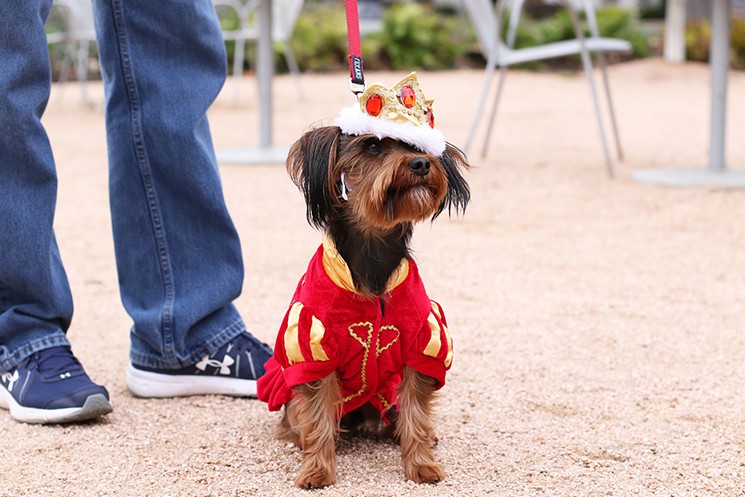 Dress your pooch in his or her regal best for a royal parade, costume contest and fun on MFAH's Plaza this Saturday.
Photo by Sarah Hobson
Did Queen Elizabeth II actually name one of her Pembroke Welsh Corgi dogs 'Dookie'? And beginning with King George VI, exactly how many corgis has the royal family owned since 1945? In celebration of the Museum of Fine Arts, Houston's "Tudors to Windsors" exhibition, an Anglophile actually looked at all those dogs in the royal portraits and came up with some interesting facts, leading to this Saturday's pup-tastic event, “Royals” Doggie Day. Dress up your crowd-friendly and leashed canine bestie for a fun-filled afternoon on The Brown Foundation, Inc. Plaza for a royal pawrade and costume contest with special guest judges. There's going to be a doggie-portrait photo booth, art-making and refreshments. Plus, the winner of the "Most Regal" dog costume competition wins a luxe visit to the doggie spa.

Jonathan Godfrey, Mercury’s concertmaster, has several solos in Flowers of Evil, a new impressionist opera that features original orchestrations by Antoine Plante.
Photo by Runaway Productions
The Flowers of Evil is a dark and dramatic impressionist opera that draws from the music of Debussy and Ravel, about a young woman ready to sacrifice all to help her twin brother succeed as a painter. It's a new work that features original orchestrations by Antoine Plante, Mercury's artistic director. Plante, who conducts this upcoming performance as part of Mercury's Downtown Series, was inspired by poetry in Charles Baudelaire's Les Fleurs du mal. Incorporating Debussy's The Girl with the Flaxen Hair and Ravel's Pavane for a Dead Princess, featured artists in this short opera include Denis Plante (director) and Alissa Anderson (contralto). Dig deeper with a pre-concert lecture at 7:15 p.m.

Hear works by female playwrights in Consenting Bodies, a series of play readings that address consent, boundaries and relationships in the modern era.
Photos by Christie Guidry, Gentle Bear Photography
When somebody invades our personal space, it makes us uncomfortable. But that awkwardness quickly turns into trauma when it goes even further, as evidenced by the headlines that have inspired the #MeToo and #NotInOurHouse movements. Mildred's Umbrella Theater Company is responding to headline news with Consenting Bodies, a series of play readings meant to spark discussion about consent, boundaries and relationships in the modern era. Hear work by Amina Henry (Bully, directed by Danielle Ozymandias), Ericah Saleh (The Morning After, directed by Danielle Bunch) and Brandy N. Carie (Krav Maga, directed by Bree Bridger). Guided discussion and a talk back with the actors and director will follow each reading. It's time to join the conversation.

Meet new people and have fun with the Introduction to Belly Dancing class taught by Sahira at the ERJCC.
Screenshot of video by Sahira Bellydances/YouTube.om
What resolutions did you make for the new year? If getting in shape and having fun are on that list, then kill two birds with one stone with this Introduction to Belly Dancing class at the "J." This low-impact session is taught by international performer and instructor Sahira, who will guide participants (16 and older) through the basics of the world's oldest dance and its powerful movements. Bring a water bottle and get into the spirit of this ancient art by wearing a colorful hip scarf.

3-4:30 p.m. January 13, Evelyn Rubenstein Jewish Community Center of Houston, 5601 South Braeswood, 713-729-3200, erjcchouston.org, $12 to $16.
KEEP THE HOUSTON PRESS FREE... Since we started the Houston Press, it has been defined as the free, independent voice of Houston, and we'd like to keep it that way. With local media under siege, it's more important than ever for us to rally support behind funding our local journalism. You can help by participating in our "I Support" program, allowing us to keep offering readers access to our incisive coverage of local news, food and culture with no paywalls.
Make a one-time donation today for as little as $1.