6 Best Bets This Weekend: Bluebeard, Bikes, and Going Topless at the Beach 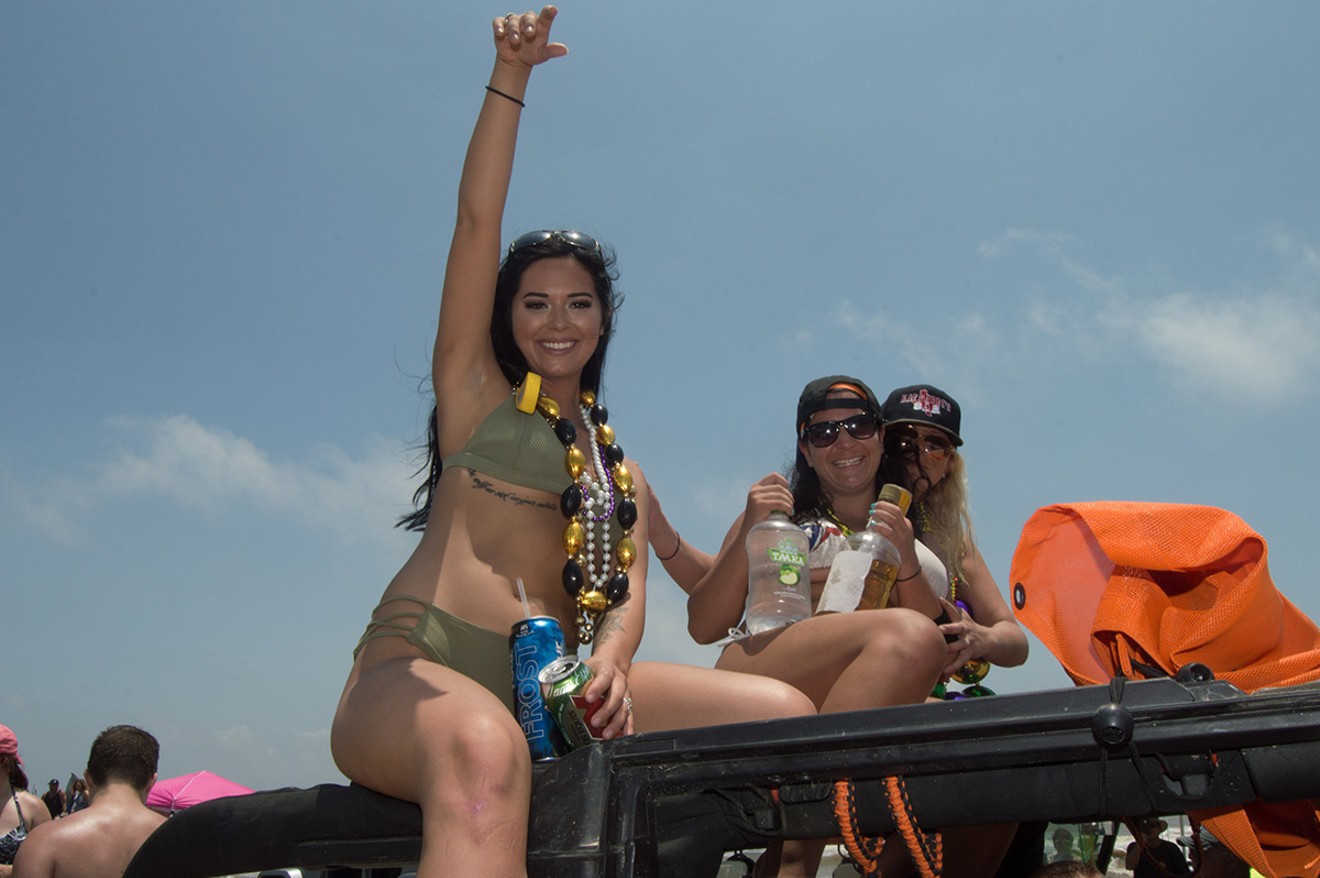 Rock on at Go Topless Jeep Weekend at Crystal Beach and all along the Bolivar Peninsula. Photo by Ajani Stewart
After umpteen straight days of rain, we could sure use a break, and it looks like the sun is finally peeking out from behind those clouds. Which is awesome for the hard-partying Jeep enthusiasts heading to Crystal Beach for Go Topless, the 1920s costume contest at Discovery Green, and BikeHouston's free block party this Saturday. Moving indoors, look forward to a psychologically thrilling opera, a convo with Jad Abumrad from NPR's Radiolab, and Ars Lyrica's season finale. 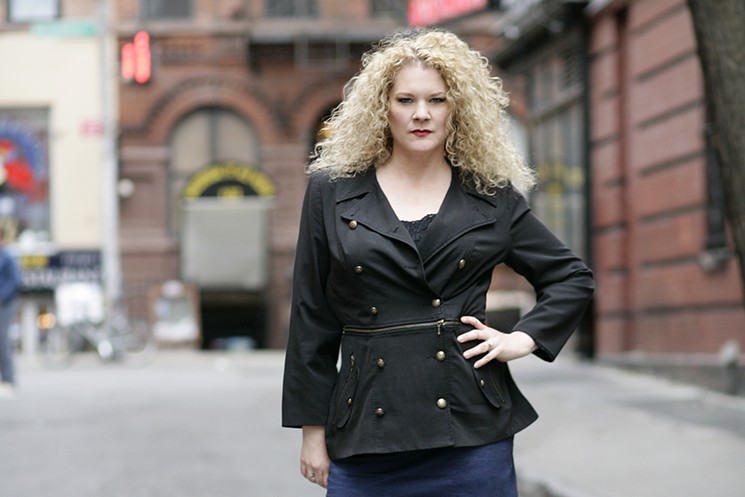 Not only is opera in Michelle DeYoung's wheelhouse, this mezzo-soprano also is a multi-Grammy Award winning recording artist.
Photo by Kristin Hoebermann
Goth opera meets tortured soul in Bartók's Bluebeard's Castle, where a young bride can't resist looking behind seven forbidden locked doors. We're not sure why she didn't flee after opening the first door — leading to her new husband's bloody torture chamber — but like all good psychological thrillers things don't go well for the inquisitive. It's the classical season finale for Houston Symphony and this concert experience features a semi-staged performance by opera luminaries Michelle DeYoung and Matthias Goerne. The hourlong one act opera premiered in Budapest a century ago and, though set in Medieval times, its themes of magic, mystery and relationships still beckon. 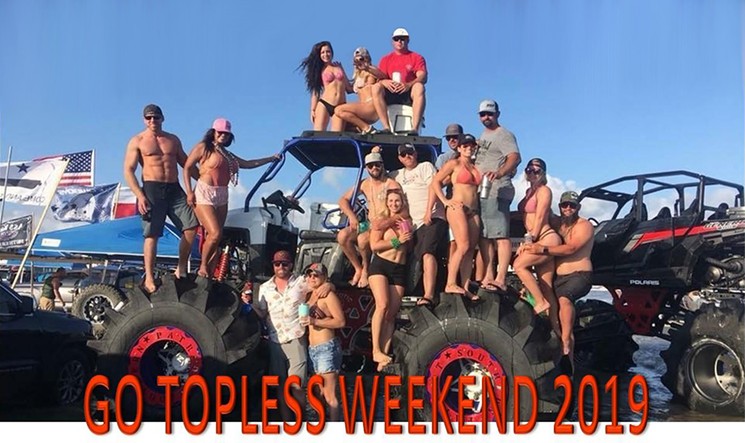 Jeep enthusiasts, like these adrenaline junkies from Creekside Offroad Ranch in Splendora, are ready to Go Topless this weekend.
Photo by Cole Bishop, Creekside Offroad Ranch
What's better than a gathering of Jeeps? A giant family and friends weekend with hard partying Jeep enthusiasts converging on Bolivar Peninsula and Crystal Beach. The flags will be flying high as car clubs and lovers of the brand show off their version of the ultimate in tricked-out rides. Booked solid RV parks and vacation rentals get a boost, as do local eateries, so it's a win-win-win all around for this national event. Hang loose, designate a driver and don't forget the sunscreen. 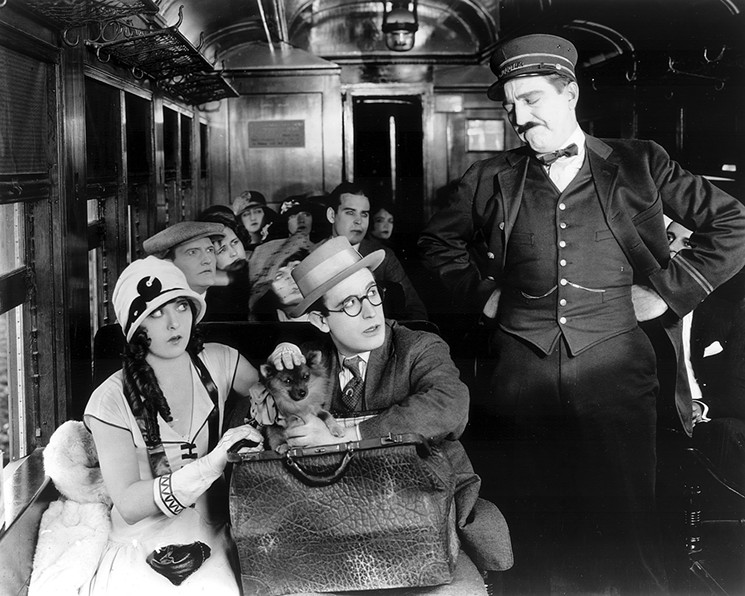 Harold Meadows (portrayed by Harold Lloyd), knows nothing about women, so of course he writes a how-to book titled The Secret of Making Love.
Film still by cinematographer Walter Lundin, courtesy of the Harold Lloyd Corporation and Discovery Green
Modern day pickup artists weren't the first male predators intent on adding notches to their belt. In 1924's silent film Girl Shy, main character Harold Meadows doesn't dare approach women, yet still has the chutzpah to write a how-to book on how to get the girl. Two Star Symphony composed its own original soundtrack for the film and it's screening at Discovery Green in Silent Film/Live Music, with two nights of 1920s costume contests, dance lessons and a chance to win free gift cards to The Grove.

Festival entry is free this Saturday, but upgrading to a $15 VIP ticket nets you a BikeHouston t-shirt and two drink tokens for Holler Brewing Co.
Photo by Fajar Hassan
Get bike happy with BikeHouston's free festival this Saturday. Not only is it the biggest block party on two wheels, you'll get to test new rides, try your hand on BMX bike ramps and chart your course for one of the bike tours that spokes out from the fest. And did we mention craft beer from Holler Brewing Co., bites from local food trucks and a Bike Rodeo for the kiddos? It's all part of the Houston Bike Summit, a two day event that kicks off with a Friday luncheon and happy hour and is part of BikeHouston's ongoing initiative to transform H-Town into a Gold Level Cycling City. We're currently stuck at bronze, and our ten year goal calls for improved safety, increased access and ridership, and the development and maintenance of a high-quality bicycle network.

Jad Abumrad, host of Radiolab, explores big questions in science, philosophy and mankind. The show blends deep-dive journalism and narrative storytelling.
Photo by Lizzy Johnston
Broadcast journalist Jad Abumrad uses every trick in his toolbox to make sure NPR's Radiolab hovers around the No. 2 slot for most downloaded podcasts (and we can't fault This American Life for holding steady at the top). Abumrad creatively weaves together dialogue, interviews, music and sound effects to bring his deep-dive investigations to life, from topics that range from the nature of numbers to the evolution of altruism or even whether there's a legal basis for the war on terror. He'll dish on how narrative storytelling furthers the craft of journalism in this one night only event presented in Houston by Society for the Performing Arts.

Ars Lyrica’s 2018/19 season finale travels from Brandenburg to Esterházy, with two of Bach’s concertos and a concerto by Franz Joseph Haydn.
Photo by Pin Lim
Like all of us, Johann Sebastian Bach had his good days and his bad days. But he was really kicking along in high gear while working as a music director in the small town of Cöthen; it was one of his happiest and most productive periods and it's where he composed the six "Brandenburg" Concertos. Each one calls for a different combination of instruments and soloists and for No. 2 and No. 4, being presented as part of Ars Lyrica's season finale, we'll enjoy both the high flourishes of the trumpet and a soaring violin solo. The program for From Brandenburg to Esterházy also includes a concerto by Joseph Haydn and a little gem for two recorders and strings by Johann Christoph Pez. Soloists and featured artists include Baroque violinist Ingrid Matthews and harpsichordist/artistic director Matthew Dirst,  as well as Paul Leenhouts (recorder), Kathryn Montoya (Baroque oboe) and Nathaniel Mayfield (natural trumpet).

From Brandenburg to Esterházy is scheduled for May 19 at 6 p.m. Sunday at the Hobby Center, 800 Bagby. For information, call 713-315-2525 or visit arslyricahouston.org. $23 to $75.
KEEP THE HOUSTON PRESS FREE... Since we started the Houston Press, it has been defined as the free, independent voice of Houston, and we'd like to keep it that way. With local media under siege, it's more important than ever for us to rally support behind funding our local journalism. You can help by participating in our "I Support" program, allowing us to keep offering readers access to our incisive coverage of local news, food and culture with no paywalls.
Make a one-time donation today for as little as $1.