Start your engines. Photo by Doogie Roux
We're finally at that sweet spot here along the Texas Gulf Coast when being outside actually feels pleasant. Which is a good thing with celebrations of motorcycles and music in Galveston, skating legends at the Jamail Skate Park, and Día de Muertos festivities at Discovery Green, MECA, and the National Museum of Funeral History. But Mother Nature also has a mind of her own, so we've hedged our bets with a few indoor activities: Señorita Cinema, Houston Fringe Festival, and the Jewish Book & Arts Festival.

The baddest bikes in the country converge on historic Galveston Island this weekend when the Lone Star Rally rolls into town. It's the largest motorcycle festival in the United States with a pyrotechnic-filled Halloween concert, the third annual Motion Bike Builders Invitational competition, a huge Chevy display at Pier 21, Saturday night's crowning of Miss Lone Star Rally with a $10,000 cash prize, and costume contests for both rides and riders. Music greats set to take the stage include Creed's Scott Stapp, Tejano sensation Siggno, Montgomery Gentry, American music icon Charlie Daniels and more. Enjoy the rally and let's ride.

The Lone Star Rally is scheduled for October 31-November 3, Thursday through Sunday, between 18th and 25th streets and along Mechanic, Strand, Harborside and Pier 21 in Galveston. For information, visit lonestarrally.com. VIP packages include balcony access ($50 to $129), the Seawall Concert Series Gold Club with dedicated restrooms ($50 to $100), or the all access-all inclusive pass ($199). Lee and Joe Jamail Skatepark.
Photo by Lance Childers
Johnny Romano made the most of his short life, though in the end leukemia won the battle in the skateboarder's tenth year. Romano was the youngest professional skateboarder in the history of ever, getting introduced to the sport at the age of two when he climbed atop his father's old skateboard, then trying his hand at surfing a year later. This Saturday will feel like Small Town U.S.A. when skateboarders from near and far — plus pro skater Omar Hassan — partner up with Gulf Coast Regional Blood Center for Skate, Rock & Give, a blood donation + live music event that honors the late Romano. The goal? Organizers tell us that 100 blood donations will help 300 Texans, while entertainment includes live music by Sick Cow at 3:30 p.m., a reprisal of Brian Johnson's AC/DC tribute, and a shotgun shells and wedding bells session by the DollyRockers. Latina filmmakers are stepping up to the plate and it looks like a home run for this year's Señorita Cinema, the biggest festival yet for founder Stephanie Saint Sanchez. Opening night kicks off with the feature-length documentary, Our Quinceañera, about a small border town in Texas that comes together to make teenage dreams come true. Director Fanny Véliz Grande (John Leguizamo's Road to Broadway) will be on hand for a post-screening Q&A with some of the film's participants. Later that evening, and in partnership with the Houston Fringe Festival (more information below), look for a late night variety program titled Locas! with host La Llorona. Saint Sanchez is known for her funny and poignant shorts and we've got an evening of them Saturday at Aurora Picture Show, while the festival's closer on Sunday is a documentary about the South American Riot Grrl movement over at 14 Pews, with ticket sales helping Girl's Rock Camp Houston. 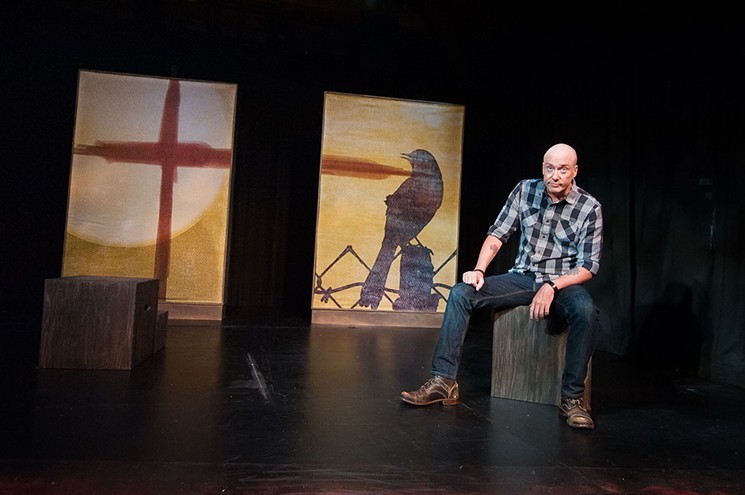 The hits just keep on coming with week two of the Houston Fringe Festival, where anything can — and does — happen. From the seeds of the novel Think and Grow Rich, choreographer Shizu Yasuda has created the contemporary dance piece Master Mind, reminding audience members about the dangers of compromise and the hope of dreams. Rekindle your own source of inspiration and creativity with the Cuban contemporary dance performance, Viajes, performed by the Chamacos Dance Company. Texans are no stranger to the wit and wisdom of Governor Ann Richards, but the rock opera Call Me Ann makes its world premiere this weekend, backed by a live band and featuring familiar movers and shakers: Molly Ivins, George W. Bush and Karl Rove.

Explore life, suffering and the search for meaning during It's About Love with poet, songwriter and lifelong agoraphobic Charles Bryant, inspiration from psychologist-philosopher Viktor Frankl, and poetry from Houstonian Kelly Ann Ellis. The rising stars of the theater world will perform Into the Woods Jr. in PMT YAS!, a preview of what they'll be presenting at the international competition next year. The HFF's signature event, Anything Goes Part I, rounds out the weekend; it's a showcase-style program hosted by the glamorous Miss Understood.

Midweek offerings begin with Jim Loucks' Booger Red, a son-of-a-preacher-man solo performance that demonstrates the power of good ol' fashioned storytelling. And if you're of the belief that we all contain a little bit of stardust within us, then reconnect during Womb of the Universe, a somatic experience where performers move through the world with the intention of giving birth to another way of being, as they weave through the cosmic soup of both time and timelessness.

The Houston Fringe Festival continues through November 10 at MATCH, 3400 Main. For information, call 713-521-4533 or visit houstonfringefestival.org or matchouston.org/presenter/houston-fringe-festival. $10 to $20. The National Museum of Funeral History is hosting a free event outdoors.
Photo by Lydia Baehr

How do you define a life well-lived? Is it wealth, fame, progeny or accomplishments? Perhaps a better way to measure a person's impact is whether he or she will be remembered long after their death. This weekend gives Houstonians and those simpatico with Latin culture a chance to honor the dearly departed during Día de los Muertos offerings in and around Houston.

Art cars will be in attendance, as well as cultural performances, during Xfinity Día de los Muertos at Discovery Green. You'll have to see it to believe it when street artist/muralist Angel Quesada unveils a custom, three-tiered community altar, with a spot for you to leave something that reminds you of your departed loved one. Charge up those cell phones, too, because there's an oversized calavera skull by artist GONZO247, and giant mojigangas (papier mâché puppets), courtesy of Thomas Pascal Will Robinson. Enjoy performances by Danzas Folkloricas de Solei and Nueva Luna Ballet Folklorico, and head over to The Grove for a $10 Corzo Tequila Old Fashioned made with lime peel, orange bitters and simple syrup.

Learn about the Latin customs surrounding the Day of the Dead / Día de los Muertos celebrations during this family-friendly outdoor event over at the National Museum of Funeral History. Activities include sugar skull decorating (while supplies last), face painting, crafts, and an opportunity to leave a message in the Book of the Dead, while food vendors will be offering snacks and snow cones. While this free event doesn't include museum admission, it's worth it to venture inside to explore special permanent exhibits that explore the histories of cremation and embalming, the lives and deaths of Popes, presidential funerals, and full-scale models of a traditional Mexican home and graveyard.

The Day of the Dead / Día de los Muertos Celebrations are scheduled for November 2 from 11 a.m. to 2 p.m. Saturday at the National Museum of Funeral History, 415 Barren Springs Drive. For information, call 281-876-3063 or visit nmfh.org/u/calendar/day-of-the-dead-/-dia-de-los-muertos-celebration. Free (outdoor event only).

Casa Ramirez FOLKART Gallery will light the candles on the Día de los Muertos personal altars and ofrendas within the store. Come add a name to the community altar and remember those children who died too soon (November 1) and our beloved ancestors (November 2).

Several other Día de los Muertos events have made it onto our radar; discover something in your own neighborhood at houstonpress.com. 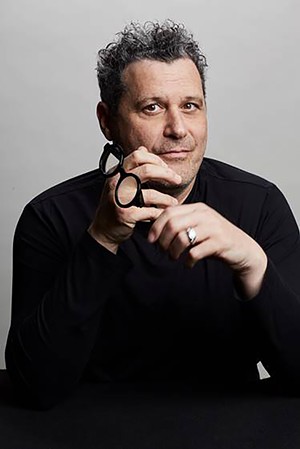 Isaac Mizrahi.
Photo by Gregg Richards
Readers who like to jam and music aficionados who enjoy cerebral entertainment all join together during the annual Ann and Stephen Kaufman Jewish Book & Arts Festival. Don't miss the opening night event with the uber talented Isaac Mizrahi, whose book I.M.: A Memoir delves into his battles with weight, insomnia and depression, as well as the joys found through developing television, theater and literature projects.

The programming for the Jewish Book & Arts Festival runs deep, with more than 40 offerings that also include films, concerts, interactive performances and family programs. Choose one or choose all and rest assured you'll come out the other side just a little bit wiser after this popular community event.

Ann and Stephen Kaufman Jewish Book & Arts Festival is scheduled for November 2-13 at the Evelyn Rubenstein Jewish Community Center of Houston, 5601 South Braeswood. For information, call 713-729-3200 or visit erjcchouston.org/arts/jewish-book-arts-festival. Free to $117.
KEEP THE HOUSTON PRESS FREE... Since we started the Houston Press, it has been defined as the free, independent voice of Houston, and we'd like to keep it that way. With local media under siege, it's more important than ever for us to rally support behind funding our local journalism. You can help by participating in our "I Support" program, allowing us to keep offering readers access to our incisive coverage of local news, food and culture with no paywalls.
Make a one-time donation today for as little as $1.