Juneteenth is Bustin' Out All Over Houston and Galveston

Juneteenth was born in Galveston and has now become a national celebration. Photo by Frank J. Schlueter, courtesy of The African American Library at The Gregory School, Houston Public Library

When it came to true liberty for all Americans, Texas got the short end of the stick. In 1776 The Declaration of Independence decreed "that all men are created equal," but they weren't talking about black slaves.

It took a Civil War to right that wrong and President Abraham Lincoln put an end to the madness on New Year's Day in 1863. But this was an era long before 24 hour news cycles and viral tweetstorms, so it took awhile for the word to spread. Texas was the very last slave state to get the news.

Among the excuses for this two-year delay: the death of messengers while en route, Texas being the last frontier and not ground zero for battles, the fact that some slaves couldn't read, and obstruction of justice by plantation owners who feigned ignorance.

That all came to an end on June 19, 1865 when the Emancipation Proclamation was read by Major General Gordon Granger on a Galveston harbor pier. On this date the last 250,000 slaves were freed, finally marking independence for all Americans and giving rise to the birth of Juneteenth celebrations. View the announcement in the Galveston Tri-Weekly News from the archives of the Briscoe Center for American History.

Here in Houston, we give props to the Reverends Jack Yates and Elias Dibble, as well as Richard Allen and Richard Brock. These former slaves who lived in the Third and Fourth Wards wanted to find a way to remember and celebrate their freedom and, with segregation still a thing in public parks, got around those rules by purchasing ten acres to create Emancipation Park. 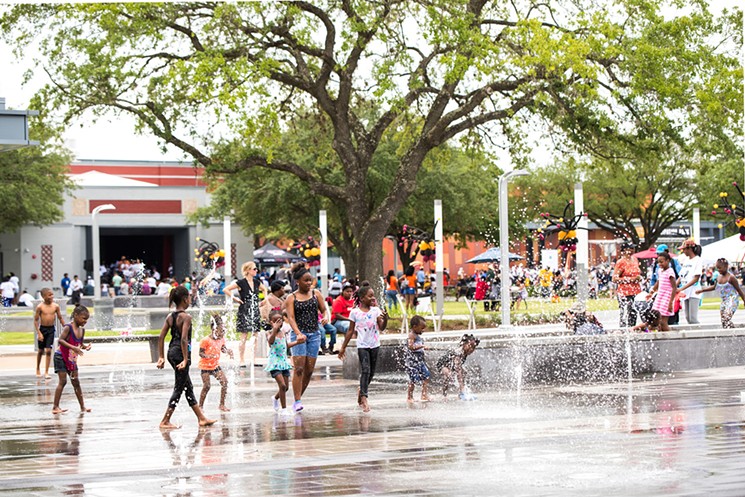 Emancipation Park's history dates back to 1872 when former slaves purchased the land.
Photo by Luis Ayala
Today that property is owned by the City of Houston and is co-managed by the Emancipation Park Conservancy, which has organized several events throughout the month of June including the 147th Juneteenth Celebration.

"In 1872 four young men right out of slavery collected $800 in the community so they could buy that ten-acre tract of land," says Lucy Bremond, the Conservancy's executive director, noting that was quite a large sum of money for the time. "They purchased these ten acres of land and the celebration really started then. They wanted a place where people who were enslaved could gather.

The Conservancy is hosting reenactments during the June 15 celebration, as well as on the actual date of June 19 when children will hear testimony from Jacqueline Bostic, the great granddaughter of Reverend Yates.

"The kids get a chance to hear her story. She didn’t know [Yates] but, from an oral history standpoint, they'll hear what had happened, his voice has been handed down from generation to generation, kids can hear firsthand from Reverend Jack Yates.

"The whole story about Emancipation Park and Juneteenth, about history, about preservation, about the 'can do itness.' Just think about 1872 and if you can understand what they did to overcome all those obstacles, it gives people endless possibilities to think about," says Bremond. "[Children will think,] 'If they can do it, I can do anything.'" 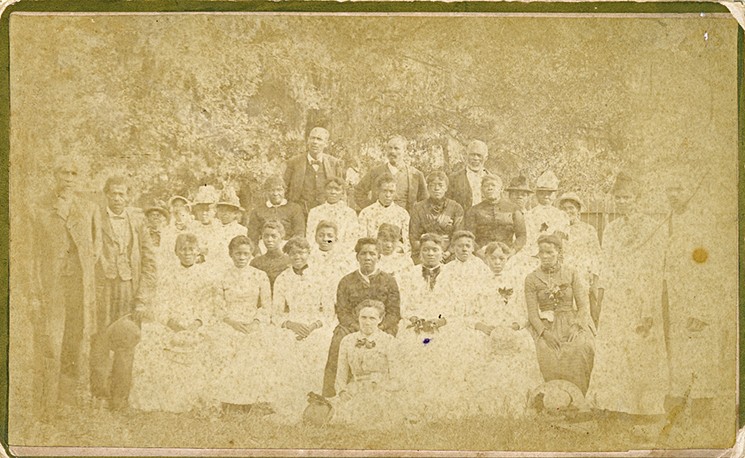 So, What's Your Story?

Bostic is one of the lucky ones, having a rich family history that has been preserved and handed down over many generations. Even if some of your own family's history has been lost to time, it's not too late to reclaim some of that knowledge. The Houston Public Library offers free genealogy resources and will guide visitors through a mountain of data gleaned from wills; deeds; marriage, divorce and death records; court minutes; the federal census (which is made public after 72 years); church and cemetery records; tax information; and even directories from the 19th and 20th centuries.

There's a point where the trail of bread crumbs might come to an end for those whose ancestors were enslaved; not all regions of Africa had good record-keeping systems. Still, some information can be found from slave records, the passenger lists of ships, and newspaper articles from that period.

Start your own fact-finding mission at the Clayton Library Center for Genealogical Research, a division of the Houston Public Library, at 5300 Caroline. For more information, call 832-393-2600 or visit houstonlibrary.org.

Juneteenth Celebrations in and Around Houston and Galveston:

Juneteenth celebrations have been planned all over our region, including in Houston, Galveston, Missouri City, Humble, Richmond, Baytown, Texas City, Pearland, Sugar Land and Angleton. Click here to view even more events throughout the Lone Star State, then read our curated calendar of events below or visit juneteenthfest.com.

June 22
7 p.m., "One Mile of Smiles" Juneteenth Parade, Texas Parkway on FM 2234, Missouri City
KEEP THE HOUSTON PRESS FREE... Since we started the Houston Press, it has been defined as the free, independent voice of Houston, and we'd like to keep it that way. With local media under siege, it's more important than ever for us to rally support behind funding our local journalism. You can help by participating in our "I Support" program, allowing us to keep offering readers access to our incisive coverage of local news, food and culture with no paywalls.
Make a one-time donation today for as little as $1.