The Mexican Army Was Undone By Mud in 1836; View Artifacts in San Felipe Avocational archaeologist Dr. Gregg Dimmick knew that the Mexican Army had stopped in Wharton County, and set out on a mission to find proof of their encampment. Photo by Bryan McAuley
What if General Sam Houston and the Texian Army had not been able to defeat General Santa Anna and the Mexican Army at the Battle of San Jacinto? Would those of us living here in Texas today be on the other side of President Donald Trump's proposed border wall?

That decisive 1836 battle just might have been closer than we all thought, according to Dr. Gregg Dimmick, author of the book, Sea of Mud: The Retreat of the Mexican Army after San Jacinto, An Archeological Investigation.

"The real story is — the Mexican army, these were soldiers that were not at San Jacinto, about 2,500 of them — they were withdrawing to Victoria waiting on orders. This group was three times as many as Sam Houston had. There was still every potential that [the Mexican Army] could win the Texas Revolution," says Dr. Dimmick. 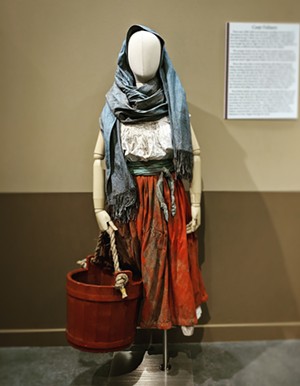 Soldaderas served as commanding officers, combatants and camp followers.
Photo by Danielle Brissette
But fate had other plans and those soldiers, as well as 1,500 female camp followers, became mired in the muddy fields of what is now Wharton County. It took them two weeks to finish crossing the Colorado River and by the time it was all over, "they were whipped."

By day Dimmick was a pediatrician in Wharton but by night he dreamed of Texas history and, back in 1996, the self-described avocational archaeologist went on a mission to find evidence of the Mexican army's camp.

"I started by doing some historical archaeology at a Confederate site," says Dimmick. "But I stumbled across this story by one of the Mexican generals about getting stuck in the mud; the troops that were not at San Jacinto. It kept mentioning the Bernardos, and I knew about the San Bernard and the West Bernard Rivers; I knew they were in Wharton County."

Dimmick's rancher friend, who was then president of the Houston Archeological Society, warned that was still a lot of territory to cover and maybe he should put the word out. It turns out the mother of one of his patients had found a cannonball 30 years prior and when Dimmick went to look at it, it turned out not to be from the Mexican Army. But then fate took another twist. 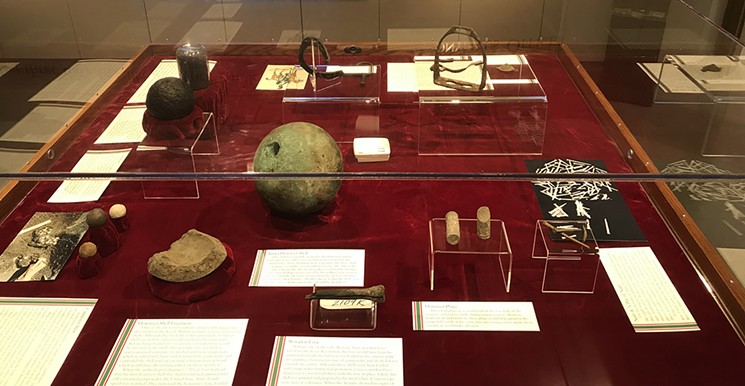 Dr. Gregg Dimmick and the Houston Archeological Society found more than 2,000 Mexican Army artifacts in Wharton County.
Photo by Bryan McAuley
"She said, 'Oh, by the way, two weeks ago the neighbors up the road found a cannonball.' Sure enough they had a nasty old rusty cannonball," says Dimmick. He says he can't imagine his luck; if he had shown up three weeks earlier he might not have heard about the find. Long story short, and with the help of the Houston Archeological Society and a lot of metal detectors, they found about 2,000 artifacts from the Mexican army along a five to six mile trail.

Those objects normally are housed at the Cushing Library at Texas A&M University, but some of the artifacts are currently on loan at Texas's newest history museum, San Felipe de Austin State Historic Site, although after Labor Day the objects will be free to travel to other interested museums. "Those artifacts belonged to the people of Texas," says Dimmick. "And luckily I didn’t need to sell them for money."

Danielle Brissette, San Felipe de Austin's collections manager, tells us that they're displaying about three percent of the collection, or about 50 artifacts, in the temporary exhibition titled "El Mar de Lodo," or “The Sea of Mud.” Brissette says her goal was to include a representative of the whole, including a few cannon balls, a Howitzer shell, uniforms, muskets, and a tiny thimble that must have been used to mend torn uniforms.

"El Mar de Lodo" exhibit is free to the public and is open seven days a week. Those wanting to dig deeper can pay the admission fee ($5 to $10, or $22/family) to view the permanent exhibits inside the museum that focus on the town of San Felipe de Austin and include archaeological and historical artifacts from the time period, including Stephen F. Austin's travel kit, land grants and historic cabins from Austin's 1830s colony.

"It's appropriate that one of our permanent exhibits is a forgotten part of Texas history," says Brissette. "Now we get to bring even more ignored Texas history," she jokes, about those pivotal two weeks the army trudged through the mud. "Texas could have gone a different way."

Bryan McAuley, San Felipe de Austin's site manager, says they're just now coming up on their first anniversary and that the museum has a modern feel to it and incorporates a lot of multimedia.

In the meantime, Dr. Dimmick is busy writing another book, this time about the Mexican Army and how its traveling party included children and female camp followers, or soldaderas. 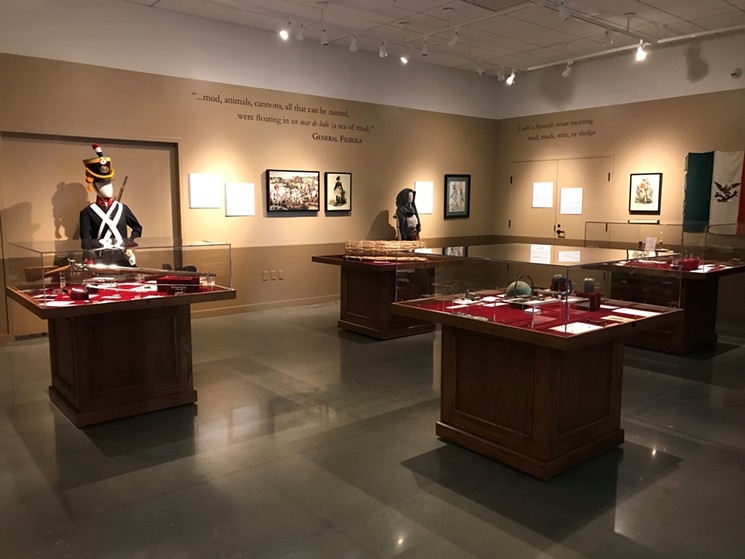 Bonus tip: The site is one of 22 state historic sites operated by the Texas Historical Commission. Gain free admission to all 22 sites on State Historic Sites Free Day on May 5. For more information, visit thc.texas.gov/news-events/events/state-historic-sites-free-day.
KEEP THE HOUSTON PRESS FREE... Since we started the Houston Press, it has been defined as the free, independent voice of Houston, and we'd like to keep it that way. With local media under siege, it's more important than ever for us to rally support behind funding our local journalism. You can help by participating in our "I Support" program, allowing us to keep offering readers access to our incisive coverage of local news, food and culture with no paywalls.
Make a one-time donation today for as little as $1.