Feel The Force With Houston Symphony's Star Wars: Return Of The Jedi 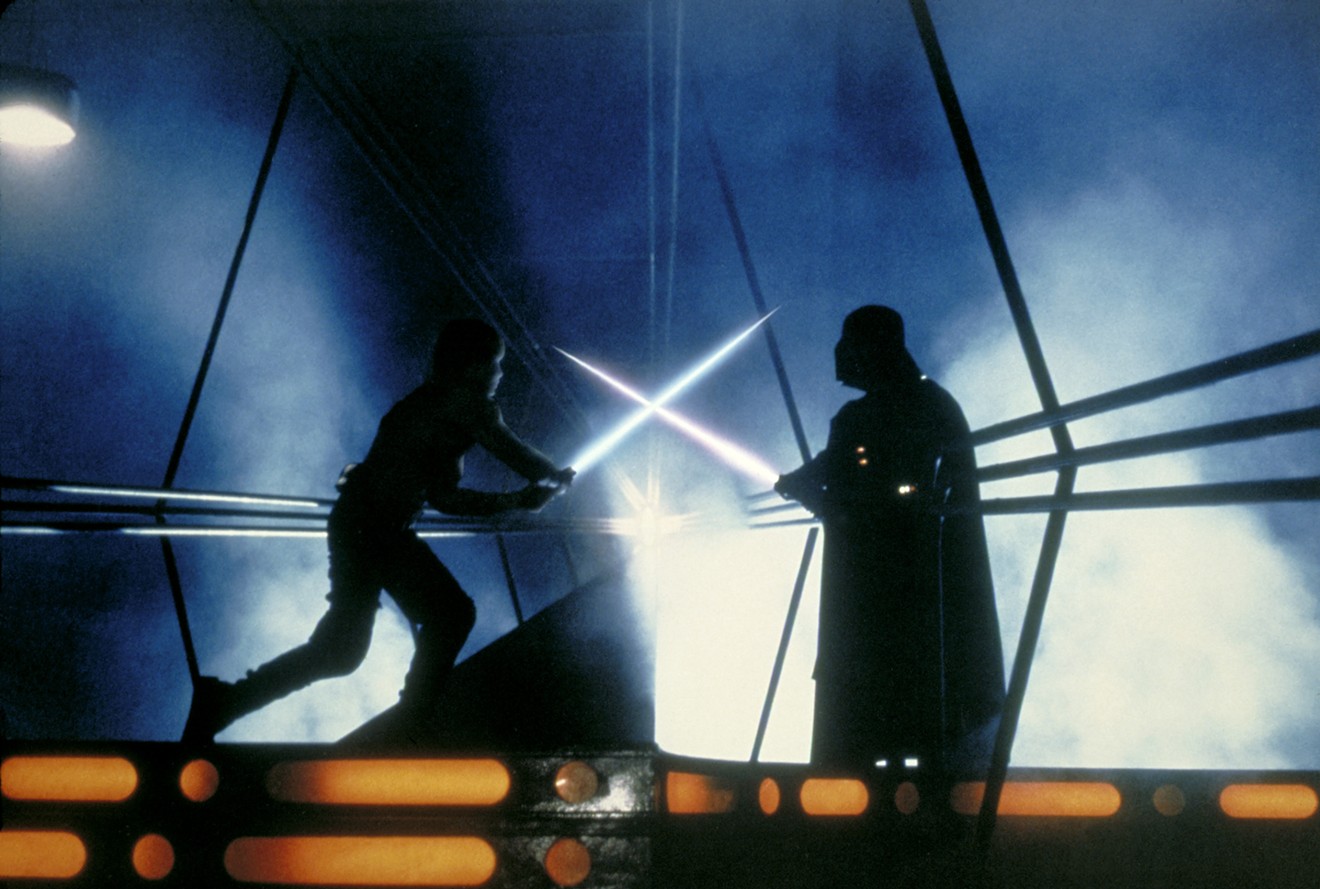 The light sabers come back to Jones Hall for Return of the Jedi with the Houston Symphony. Presentation licensed by Disney Concerts in association with 20th Century Fox, Lucasfilm Ltd.,and Warner/Chappell Music. ©2019 & TM LUCASFILM LTD. All Rights Reserved.
The Force is strong as the Houston Symphony presents Star Wars: Return of the Jedi - in concert. The orchestra will play the entire score while audiences watch the battle between good and evil rage on in the final chapter of the original Star Wars trilogy. The program runs Friday through Sunday at Jones Hall.

John Williams’ incredible score - from 20th Century Fox fanfare to closing credits - will be conducted by Brett Mitchell.  The impresario returns to the stage after many years after operating as an Assistant Conductor for the Houston Symphony from 2007 to 2011. This marks his first time to lift the conducting baton since the birth of his son, William.

And if there was any indication that Mitchell is the perfect choice to conduct this piece, his son is the proof.

The show will be a display of artistic athleticism. There is one hour and 54 minutes of music in this film. For comparison, that's 37 minutes more than Star Wars: A New Hope, and 15 minutes more than Star Wars: The Empire Strikes Back. Star Wars: Return of the Jedi runs two hours and 17 minutes, which means that only 23 minutes of this movie doesn't have music. Hopefully The Force will be strong with the musicians as well.

Mitchell feels that it will be.

"I have no doubts and no fears that we're going to be able to do this. I have every confidence that it's going to be fantastic, and it is precisely because of the quality and the caliber of Houston Symphony." 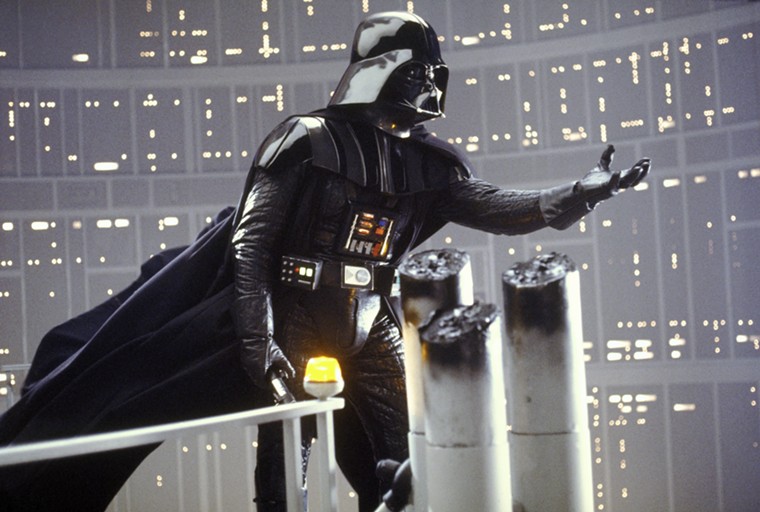 Always respect your father.
Presentation licensed by Disney Concerts in association with 20th Century Fox, Lucasfilm Ltd.,and Warner/Chappell Music. ©2019 & TM LUCASFILM LTD. ALL RIGHTS RESERVED.
To pull off a feat like this, Mitchell and the orchestra don't have much prep time. Yet, depending on how you look at it, Mitchell has been preparing for this nearly his entire life.

"I have done this project before, which helps. That said, the entire score is 527 pages long, and it's almost two hours of music. It's a lot of music to take in. It takes months to really absorb all of this material. But the real trick is, I saw Return of the Jedi as a four year old boy on October 9, 1983. I remember because it was my mom's birthday," he said. "I suppose you could say I've been preparing for this for more than 38 years since I saw the movie. I love John Williams' work and Star Wars in particular."

There will be an intermission in the show, but once everyone is seated for the second act, it's nonstop for the orchestra and conductor afterward.

"I really hope the audience gets the brilliance of John Williams' music during this concert. When you're watching Return of the Jedi at home, even on the very best of sound systems, or even in the theaters, the music is only one part of the soundtrack. It's competing with dialogue. It's competing with sound effects. And it can get lost, or it can get dialed down. When you're experiencing an orchestra playing this music live, there is such an immediacy to it that you simply cannot ignore," he said. "And the corollary to that is that I hope the audience appreciates what brilliant virtuoso athletic musicians the Houston Symphony is composed of because this is an extraordinary feat to be able to play this score." 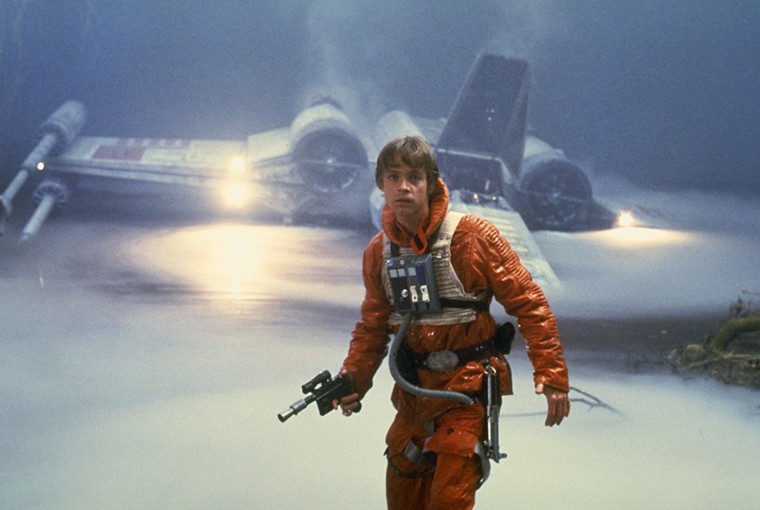 The Star Wars franchise spans over nine different installments.
Presentation licensed by Disney Concerts in association with 20th Century Fox, Lucasfilm Ltd.,and Warner/Chappell Music. ©2019 & TM LUCASFILM LTD. ALL RIGHTS RESERVED.
Return of the Jedi is the third installment of the original Star Wars trilogy. Set one year after The Empire Strikes Back, the Galactic Empire, under the direction of the Emperor, is constructing a second Death Star in order to crush the Rebel Alliance once and for all. Since the Emperor plans to personally oversee the final stages of its construction, the Rebel Fleet launches a full-scale attack on the Death Star in order to prevent its completion and kill the Emperor, effectively bringing an end to his hold over the galaxy. Meanwhile, Luke Skywalker, now a Jedi Knight, struggles to bring his father Darth Vader back to the light side of The Force.

The film was released in theaters on May 25, 1983, receiving positive reviews, although many felt that it did not match the cinematic heights of its predecessors. It grossed $374 million during its initial theatrical run, becoming the highest-grossing film of the year. Several re-releases and revisions to the film have followed over the decades, which brought its total gross to $475 million.

Houston Symphony presents Star Wars: Return of the Jedi-In Concert on Friday at 8 p.m.; Saturday at 2:30 and 8 p.m.; and Sunday at 2:30 p.m. at Jones Hall, 615 Louisiana Street. For information or tickets, call 713-224-7575 or visit houstonsymphony.org. $29 - $154.
KEEP THE HOUSTON PRESS FREE... Since we started the Houston Press, it has been defined as the free, independent voice of Houston, and we'd like to keep it that way. With local media under siege, it's more important than ever for us to rally support behind funding our local journalism. You can help by participating in our "I Support" program, allowing us to keep offering readers access to our incisive coverage of local news, food and culture with no paywalls.
Make a one-time donation today for as little as $1.