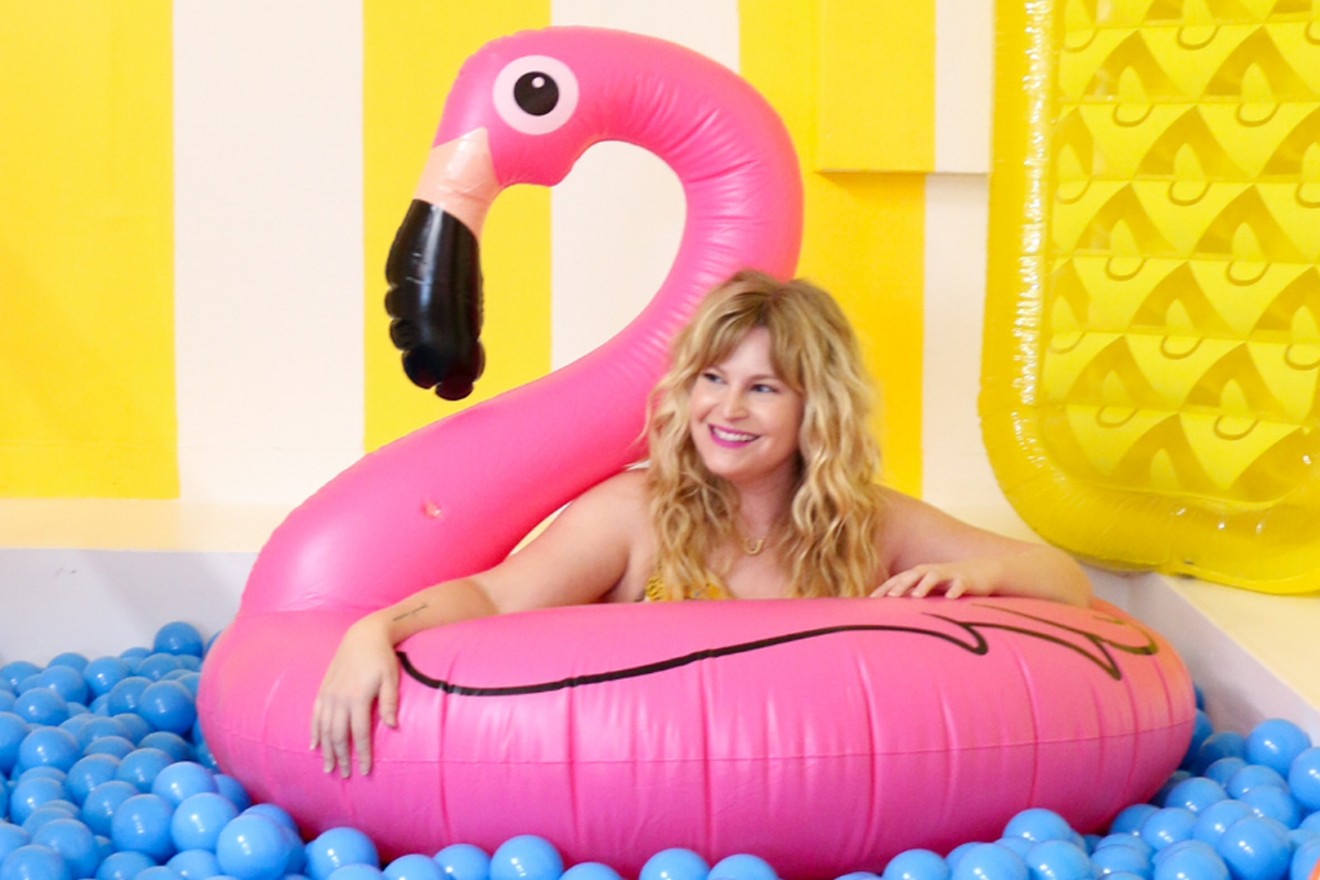 The FOMO Factory is a two-story interactive pop up with eight immersive environments that remind us of childhood birthdays, toys, playgrounds, vacations and more. Let the selfies begin! Photo by Kara Whitten
Beavis and Butthead might giggle nervously at "Nudies in the Cube," but we're not talking about — "heh heh" — those kinds of nudies. Though we're giving props to artist Suzette Mouchaty for so creatively titling her trio of human-scale sculptures that represent giant marine slugs; "Nudies" runs concurrently with Gao Hang's neo-pop sharks at Anya Tish Gallery.

Remembering Plato, by Mineko Grimmer.
Photo by Paul Hester, © Menil Foundation, Inc.
If freshening up your social media feed is on that "to do" list, then don't miss Rachel Youens' The Fomo Factory at The Galleria. It's more than a series of backdrops; it's an immersive art pop up that helps visitors escape to childhood, play like a kid, and shamelessly snap selfies with balloons, Scrabble letters and brightly colored toys.

On a more serene level, don't miss Mineko Grimmer's opening at The Menil Collection. The Japanese-American artist with a gift for patience and a talent for kineticism mines Plato's cave from The Republic in "Contemporary Focus: Remembering Plato," where ice melts to cause pebbles to fall on wires resulting in musical notes and echoed ripples. Truly subliime.

Under the category of "all shiny and new," mark your calendars for the May 31 grand opening party at Jack Rabbit Gallery, as well as the June 22 big reveal at Holocaust Museum Houston, which finally returns to its original home on Caroline after 19 months of construction. 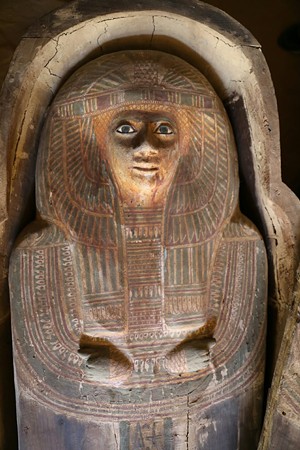 Don't miss the June 18 lecture at HMNS.
Photo by the Houston Museum of Natural Science
For something borrowed or blue, Goethe Pop Up Houston is commemorating the 70th anniversary of the Berlin airlift by showcasing a traveling exhibit on loan from the Allied Museum in Berlin. Not ancient enough? Then don't overlook the upcoming lecture at HMNS. New Discoveries in Egypt by Zahi Hawass and Mostafa Waziri will be the first public event that reveals important finds about secret chambers inside the great pyramid of Khufu, a drilling project under the Sphinx that investigates the tunnel theory, and the excavations in search of the tombs of Queen Nefertiti and Queen Ankhesenamun.

Look for established and mid-career artists this June — Roni Horn at the Menil Drawing Institute, Tom Ruthz at Bisong, Steven Evans at CAMH, and Dorothea Tanning at The Menil — as well as emerging talents along Anime Matsuri's Artist Alley, paintings that benefit Houston Pets Alive, and a pancake-meets-booze art show at Warehouse Live.

And if this past weekend was any indicator of the heat to come, then rejoice that the First Saturday Arts Market is moving to evenings this summer: June 1, July 6 and August 3

Be sure to check our April and May stories for art openings that are still up this June, plus a few more that came on our radar (below), followed by a big list of June events. Art happenings certainly don't take a vacation when it comes to summer. 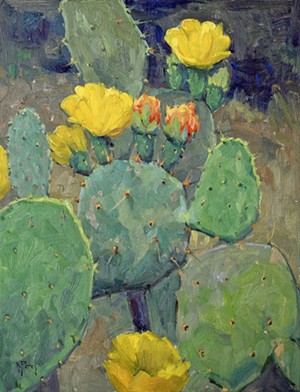 Siver Black's print installation, "Nickel Views," includes multiple hand drawn images of the Fifth Ward and is on view in front of Mystic Lyon through July 20.
Photo by Mystic Lyon 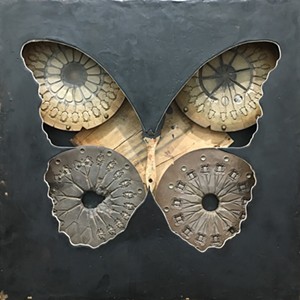 "Ink&Image 2019, Red…or not" is on view at Archway Gallery in association with PrintHouston. Shown: There's Always One, by Shirl Riccetti.
Photo by Archway Gallery
click to enlarge 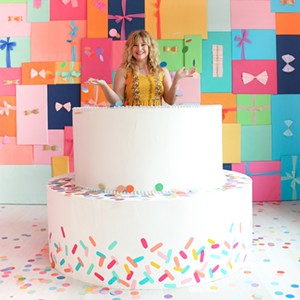 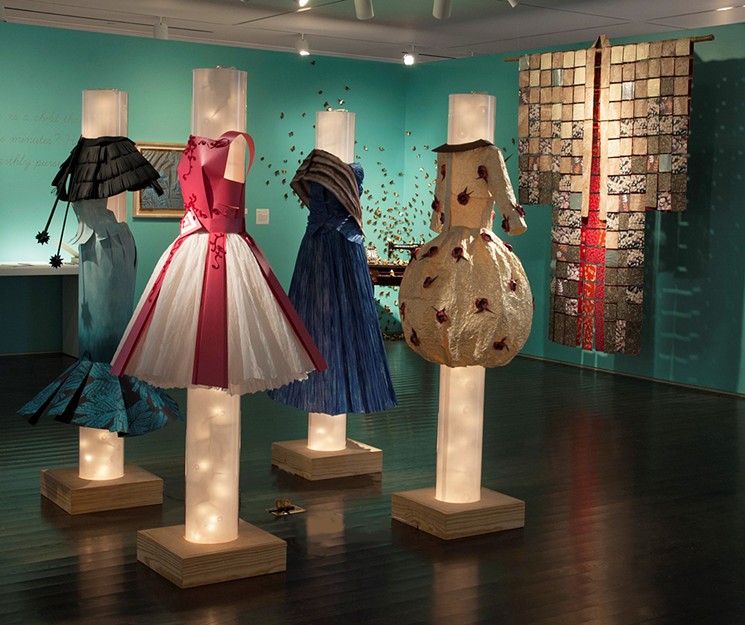 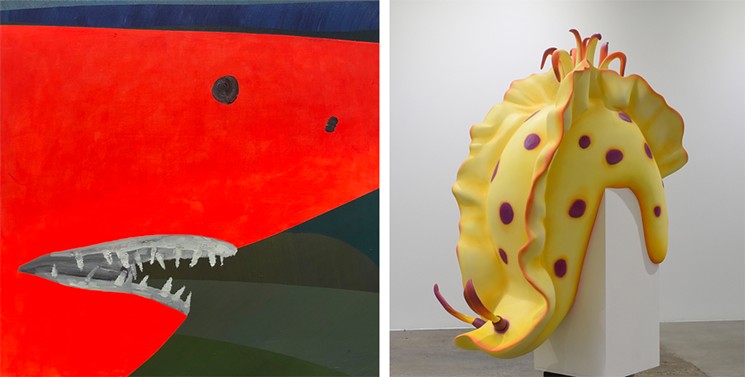 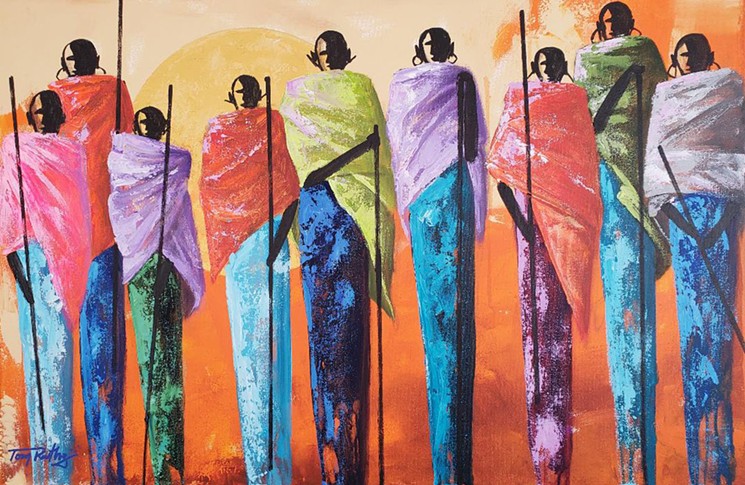 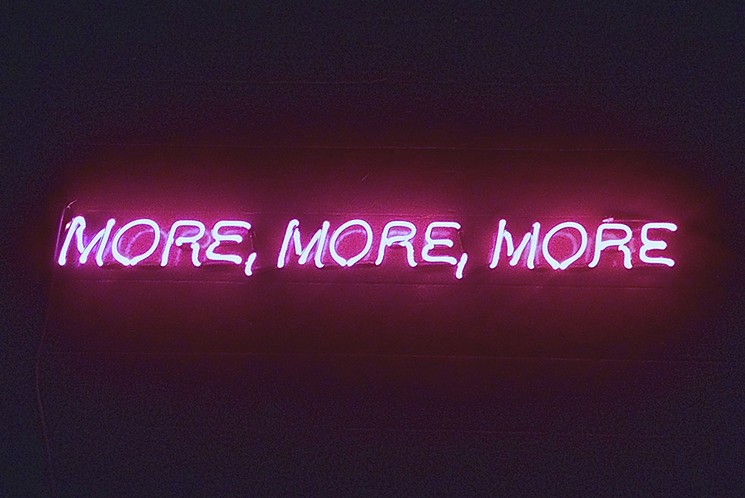 June 29-August 10, Caprice Pierruci and Sydney Yeager, "Currents Beneath the Surface," Laura Rathe Fine Art, 2707 Colquitt (artist reception June 29, 6-9 p.m.)
KEEP THE HOUSTON PRESS FREE... Since we started the Houston Press, it has been defined as the free, independent voice of Houston, and we'd like to keep it that way. With local media under siege, it's more important than ever for us to rally support behind funding our local journalism. You can help by participating in our "I Support" program, allowing us to keep offering readers access to our incisive coverage of local news, food and culture with no paywalls.
Make a one-time donation today for as little as $1.