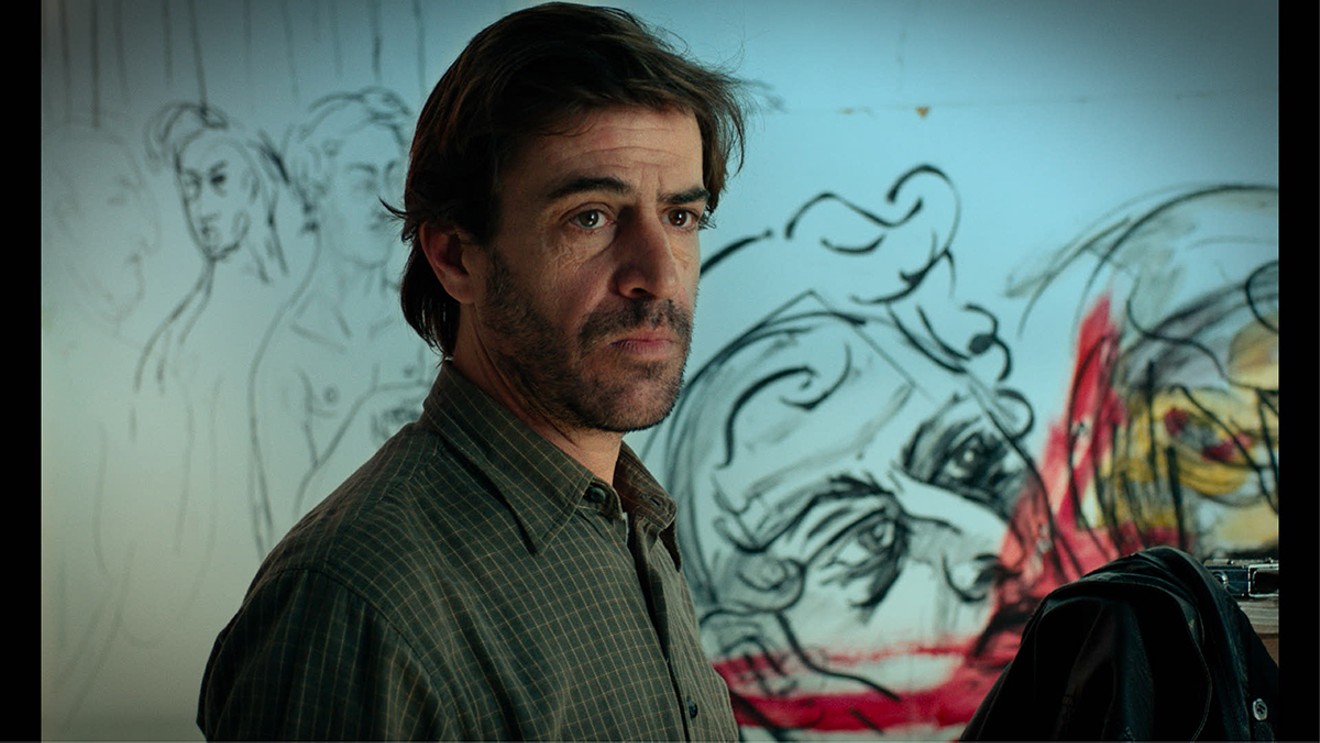 Director Federico Veiroj is traveling to Houston for the screening of Belmonte, one of the offerings during this year's Latin Wave film festival at the Museum of Fine Arts Houston. Film still by cinematographers Arauco Hernández Holz and Analia Pollio, courtesy of writer/director Frederico Veiroj
What is it about people behaving badly that elicits such fascination? In the news we gravitate toward stories about evil-doers and even some of the most compelling movies were inspired by real-life criminals: Goodfellas, American Hustle, The Wolf of Wall Street.

That fascination for true crime is apparently universal because Argentina couldn't get enough of El Angel (El ángel), a box office sensation about a baby-faced teenager who committed more than 40 robberies, 11 homicides and a rape in the 1960s. Directed by Luis Ortega, and produced by Pedro Almodóvar’s El Deseo and Kramer & Sigman Films, it was Argentina's Oscar submission for Best Foreign Film. The Argentinian director took a chance on a first-time actor (Lorenzo Ferro) when casting the role of real life serial killer Carlos Robledo Puch. Apparently the risk paid off because the film opened to the highest box-office take ever for an Argentine film, and it's coming to Houston as part of the Museum of Fine Arts, Houston's Latin Wave film festival.

Several big names in the Latin American film industry are scheduled to make appearances during the popular fest, including Cristina Gallego, co-director of Birds of Passage (Pájaros de verano); Federico Veiroj, director of Belmonte; Margarita Hernández, director of Che, Memories of a Secret Year; and Guillermo (Willy) Goldschmidt, one of the creative partners with Latin Wave and project director for Buenos Aires-based Fundación PROA.

Goldschmidt says it will be the last season working with Diana Sánchez, Fundación PROA's artistic director who also has worked as a programmer for the Toronto International Film Festival. "We’re having our 14th edition and we’re having Diana Sánchez for the last time. She has been appointed [senior director for TIFF]. Now she’s the whole director so it will be like a unique occasion," says Goldschmidt. "And then you have Marian Luntz [MFAH's curator of film and video] every year. A very great group."

Of the 11 films being screened, six were directed by females, but Goldschmidt says that Latin Wave has been accepting of female directors since its inception. "We were able to see that in Latin America women were very, very strong from the beginning."

We will see a return of Alfonso Cuarón's Roma, the film about middle-class life in 1970s Mexico City that took the Oscars by storm and won Best Foreign Language Film, Best Achievement in Directing and Best Achievement in Cinematography, as well as being nominated in seven other categories.

The Good Girls, a film written and directed by Alejandra Márquez Abella, presents another era of Mexico's capital city. The film follows a wealthy couple who have led an extravagant lifestyle until their world crumbles around them during the economic crisis of 1982.

What's interesting to Goldschmidt is that Abella is part of a trend of young filmmakers who are bringing to the big screen stories from another era. "When you talk to them they are so young they don't have the understanding. What they are starting to do is review this recent part of our history," says Goldschmidt. "The Good Girls goes to the crisis in the first part of the '80s, it was a huge crisis. It's very nice they go with this period and how they treat that period and how they live with that part of our history."

Che, Memories of a Secret Year is the debut film for director Margarita Hernández who looks at how the Cuban revolutionary stayed hidden from the CIA after he was given the heave ho by Fidel Castro.

"It has to do with this part of his life when his mission in Cuba was accomplished. It’s a very, very strange period during the life of Che when he lives in disguise. [Hernández] found a couple, there are two direct testimonies of people who worked with Che Guevara during that period, helped him make these disguises and changing his teeth and his posture. There's some testimony of Jon Lee Anderson, the U.S. journalist in charge of building probably the most important biography about Che," says Goldschmidt, who says the documentary is very respectful and complimentary, yet shows a very dark part of history.

Gael García Bernal stars in Museo, a comic caper about two friends who successfully steal from a museum, but then don't know what to do with the priceless Mayan artifacts they've stolen.
Film still by cinematographer Damián García, courtesy of Vitagraph Films
This year's film line-up includes Violeta at Last, where an elderly divorcée has to battle the bank to save her home; a look at the rival Wayuu clans of Colombia in Birds of Passage (Pájaros de verano); Belmonte, about a struggling artist trying to navigate family relationships; Miriam Lies, detailing a young woman's coming of age; Museo, about bungling burglars; Florianópolis Dream (Sueño de Florianópolis), a road-trip journey of exploration; and The Extraordinary Journey of Celeste García, hailed as a "comic Cuban sci-fi adventure."

May 5
1 p.m., Che, Memories of a Secret Year
3:30 p.m., Florianópolis Dream (Sueño de Florianópolis)
6 p.m., Roma
8:30 p.m., The Extraordinary Journey of Celeste García
KEEP THE HOUSTON PRESS FREE... Since we started the Houston Press, it has been defined as the free, independent voice of Houston, and we'd like to keep it that way. With local media under siege, it's more important than ever for us to rally support behind funding our local journalism. You can help by participating in our "I Support" program, allowing us to keep offering readers access to our incisive coverage of local news, food and culture with no paywalls.
Make a one-time donation today for as little as $1.