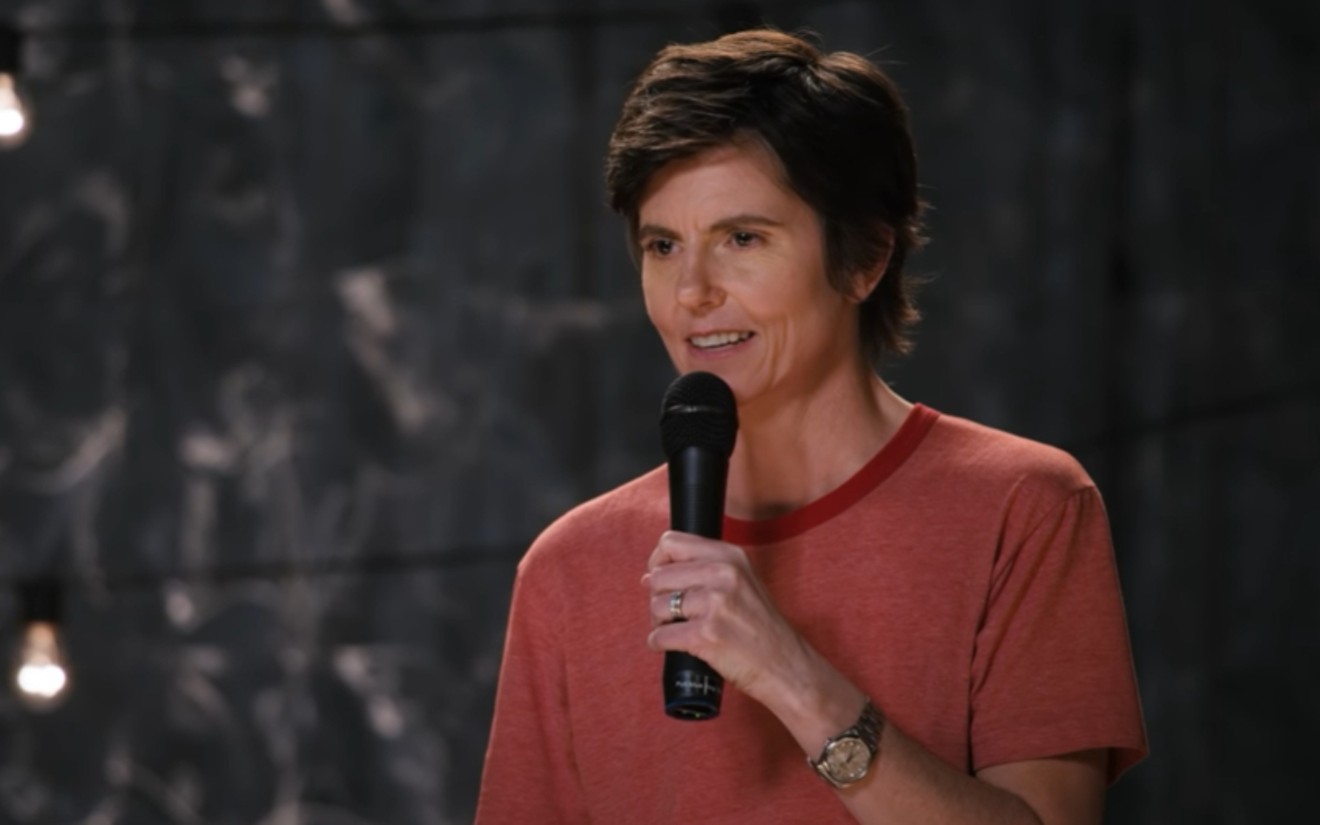 Tig Notaro is bringing her unique style of humor this weekend. Screengrab from youtube.com/watch?v=E99vMPQLB74&t=5s
One of comedy's hottest acts is coming to Houston. Tig Notaro, named by Rolling Stone as one of the "50 best stand-up comics of all time," will deliver her set Hello Again at 7 p.m. Friday at Cullen Theater's Wortham Center. True to her typical stream of consciousness style, she'll share musings about her life and encounters spanning over the past few years. The show is presented by Performing Arts Houston, formerly known as Society for the Performing Arts.

"The majority of the material was written before the pandemic. I talk a lot about my family and the medical issues I've faced over the past decade. I talk about the experiences that I've had, and there's a lot of nonsense and silliness also mixed into it," she said.

The comic is well-versed in how to create an experience that resonates with people. For two seasons, Notaro wrote, produced, and starred in the critically acclaimed semi-autobiographical Amazon series One Mississippi, which she co-created with Oscar Award winner Diablo Cody. The series yielded several award nominations, including WGA, GLAAD and The Critic's Choice Awards. In 2013, she was nominated for a Grammy Award for her sophomore release Live, the No. 1 selling comedy album of 2012. Notaro was also nominated for both an Emmy Award and a Grammy Award for her 2015 HBO special Boyish Girl Interrupted. She received a GLAAD Award nomination for the Netflix Original Documentary Tig. Her memoir, "I’m Just a Person" is a New York Times Bestseller.

The performer noted that her performances change each time she takes the stage, and that's part of what makes her style so casual and intriguing.

"I have this extra sense, I guess, and it's always there, but it comes alive and is on alert when something happens. I'm not looking for anything when I'm going about my life or having dinner with people. I'm not walking around and scoping out what could be funny, but I have that extra sense that when something does strike me, I think, 'Oh, I feel like I feel like that is something I could take onto stage,'" she noted.

"I do all of my writing onstage in front of a live audience and so I don't sit down at a desk or anything. I just walk on stage with maybe a list of words that might trigger my memory of an experience or exchange with someone, and then I just work it out. I found that to be the most helpful way to write comedy. It is for it to all unfold live, and then I just edit it and move things around as needed each time I perform. I base it solely on my performance and being in the moment," Notaro added. 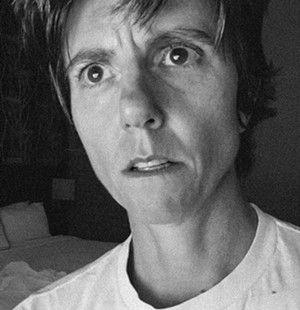 Tig Notaro will wax poetic about her thoughts on her life and her bemusement in other's interactions on Friday.
Photo by Tig Notaro
People have noticed her style of entertainment, and they've clamored for more. For example, in 2016, she sold out Carnegie Hall.

"I have to say it was a pretty exciting day. I really enjoyed that performance in the room in the audience. I mean, I can't even explain how incredible it was. It's obviously a very famous theater, but as a performer to be on that stage and the the tiers of seating stacked on top of each other so high and right over the stage and laughter was raining all over the room...It just was such a magical evening for me," she said.

Understandably, with what the country and world has experienced over the past few years, comics like Notaro are providing a break from some very serious moments.


"I've heard people talk about how they've looked at comedy as almost lifesaving sometimes. I want people to take away from Hello Again the importance of surrounding yourself with comedy and laughter whenever you can. I feel like it wasn't until the pandemic hit that I really understood the importance of what comedians do and what comedy does. People have mentioned it to me, and I think I just took it for granted or didn't really grasp that until recently."

The Houston performance will be a homecoming of sorts for Notaro, whose stepfather moved her family to the Houston area when she was a youth.

"I used to live in Houston growing up and on and off. Sadly, my stepfather just passed away a couple of weeks ago, so it'll be an emotional return for me. Although I hightailed it out of Houston as soon as I could, it's a place where I met some of my closest friends...people I'm so thankful for. I'm going to be carrying that energy and excitement with a bit of a sad part, but mostly excitement when I return," she said.

Tickets to the Houston performance are sold out, but that doesn't mean audiences can't still enjoy Notaro's  riotous antics. She shares her commentary for two podcasts: "Don't Ask Tig" and the documentary film podcast "Tig and Cheryl: True Story."
Performing Arts Houston presents Tig Notaro in Hello Again at 7 p.m. on Friday at Wortham Center's Cullen Theater, 501 Texas. For information, visit performingartshouston.org. Tickets, which started at $46, are sold out. Proof of vaccination or a negative COVID-19 test are required for entry, and masks are required inside the building.
KEEP THE HOUSTON PRESS FREE... Since we started the Houston Press, it has been defined as the free, independent voice of Houston, and we'd like to keep it that way. With local media under siege, it's more important than ever for us to rally support behind funding our local journalism. You can help by participating in our "I Support" program, allowing us to keep offering readers access to our incisive coverage of local news, food and culture with no paywalls.
Make a one-time donation today for as little as $1.